Mount Everest is the tallest mountain in the world above sea level soaring at the impeccable height of 8,848 meters. People all over the world want to see this magnificent art of nature, and some even dare to scale to the top of it. Let’s know some more about the history of Mount Everest, what country is Mount Everest in, the dangers in climbing Everest and so on. 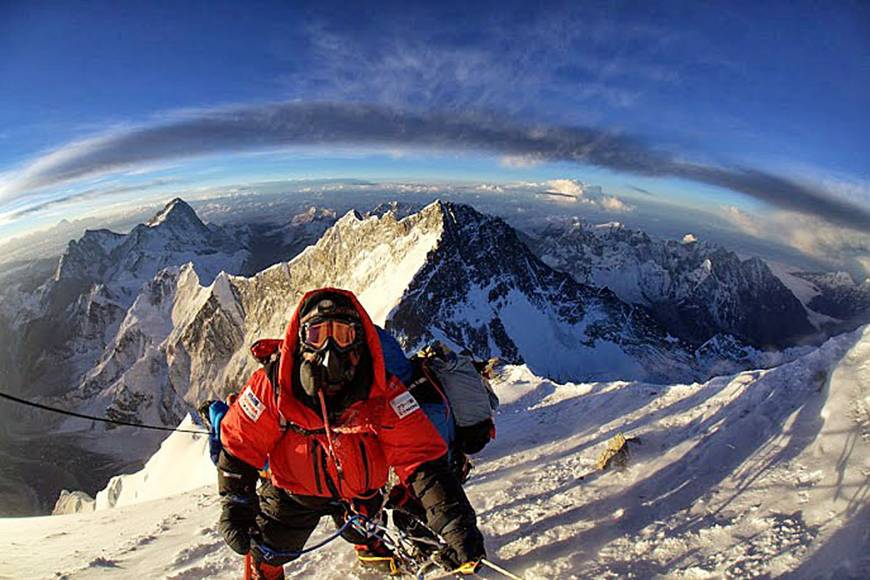 What Country is Mount Everest In

You might be wondering about doing something exciting, praiseworthy and daring in your life. What is more exciting and exhilarating than climbing the highest peak in the world, Mount Everest. Then you might ask where is Mount Everest in the world and what country is Mount Everest in. Well, the godly peak lies in the Himalayan Range in Asia in a land of cultural and traditional diversity, Nepal. The Everest also touches China and Tibet, but Nepal is from where you can climb and conquer this monstrous mountain.

Where is the Country of Mount Everest

Mount Everest is in the Asian county, Nepal. The peak of Everest lies between Nepal and Tibet, but tourists mainly focus on Nepal in they consider an expedition to the summit of the world.

How to reach the Country of Mount Everest?

Now you know that the answer to the question “ What Country is Mount Everest In”. Mount Everest is in Nepal and Nepal is located in South East Asia. The puzzle remains how to reach the land of the Everest. You may not get a direct flight to his small and proud nation from any corner of the world. The best way to travel to Nepal, paradise land is by plane. Nepal has international flights from Dubai, India, Qatar, Malaysia, Thailand, China, Indonesia, and Bangladesh.

Nepal is a landlocked country, so sea route direct to the border of Nepal is not possible. The travel plans and ticketing is arranged through several travel agencies and also by tourism agencies. You can choose to buy tickets personally too by going to flight service providers and buying online.

From where to climb Mount Everest

The Everest summit is lies between Tibet and Nepal and can be climbed either from the Tibetan side (the north ridge) or the Nepalese side (the southeast ridge). Climbing Everest from Nepal and climbing from the southeast ridge is generally considered the easiest by the Sherpas and past expeditions, both for mountaineering and bureaucratic reasons.

Most climbers attempt to climb Mount Everest from the southeast side in Nepal, beginning at 17,598 feet from Everest Base Camp. Climbing Mount Everest from the Tibet is a little cheaper. However, rescue operations are limited and far more complicated as helicopters aren’t allowed to fly on the Tibetan side. Because of political restrictions and regional relationship disputes between China and Tibet, the Nepalese side of Everest is easily accessible and often in the spotlight. When people say they are going to climb Mount Everest, they are mostly referring to South Base Camp at the height of 17,598 feet in Nepal.

Mount Everest is graced with many names. Everest is called ‘Sagarmatha,’ in Nepal which means “Forehead of the Sky.” The Tibetan’s the named the mountain ‘Chomolungma’ which means “Goddess Mother of Mountains.” The peak was named “Everest” name from Surveyor General ‘Sir George Everest’ who identified the exact location of the peak in 1865. Andrew Waugh, a British Surveyor General of India, recommended naming the mountain on his predecessor name “Sir George Everest.”

The history of Mount Everest dates the back to early nineties. The mountain is expected as 60 million years old. The mountain is long worshipped by both Nepalese and Tibetan and has mentioned the peak in several ancient kinds of literature and writings.

The official and recorded history of Mount Everest can be traced to 1865 when Trigonometric Survey of British India pegged the height of the mountain at 8,840 meters.

People became aware of the possibility of climbing Everest in 1885 after Clinton Thomas Dent, then president of Alpine Club suggested that the mountain could be summited in his book Above The Snow Line.

The history of Everest summit completion surrounds a debate on who was the first to conquer the mother of all mountains. In 1921, the British Reconnaissance Expedition led by George Mallory and Guy Bullock discovered the northern approach as Nepal didn’t allow foreigners in the country. People reported seeing George Mallory and Andrew Irvine in the summit in their expedition of 1924 for a brief period before he vanished in the clouds at the height of 8,848 meters.

The official and recorded history of Mount Everest shows that Sir Edmund Hillary and local sherpa climber Tenzing Norgay Sherpa did the first successful summit of Mount Everest from the south side in 1953. The expedition was the ninth from the British team. Tenzing and Edmund were the second pairs in the journey. 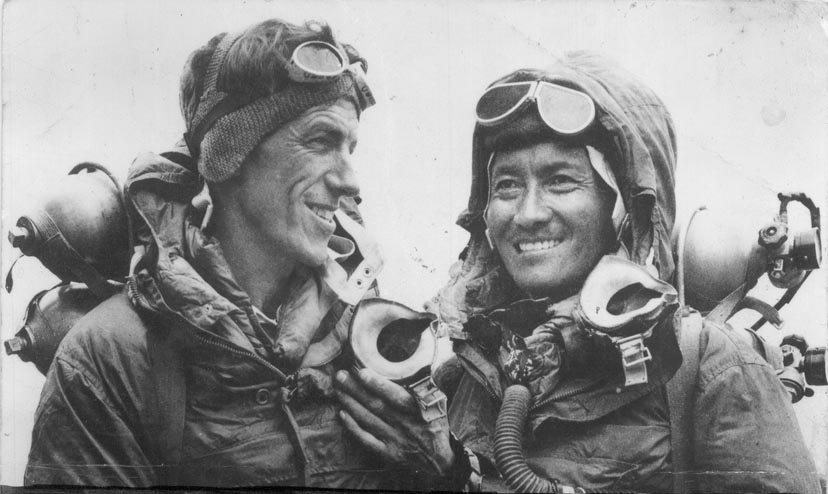 Edmund and Tenzing reached the summit of Everest at 11:30 local time on 29th May 1953 through the South Col route of Nepal. After the expedition, both acknowledged the feat as a team effort and credited the whole team for completion of the expedition. After a few years, Tenzing revealed later that Hillary put his foot on the summit first. They paused at the summit of Everest for a short period to take photographs and buried sweets and a small cross in snow before starting to descend.

The team took over 100 people in the expedition that took a decade to plan. The team devised their own route to summit the Everest. They only were able to summit four people in the Everest. Yuichiro Miura became the first person to ski down Everest. He descended around 4,200 vertically before falling with several injuries. The team lost eight members and failed to ascend through their planned routes.

Mount Everest has taken over 250 lives of climbers, sherpas, and porters who try to conquer the tallest peak of the world. Most of the deaths occur during descent because of lowering oxygen level in the tank and tiredness. Elevations above 8,000 are known as Death Zone, and oxygen levels here are too thin to support human life. If there is enough time, climbers even attempt to satellite phone their home from the summit.

Climbers say corpses guide the way to the summit. More than 200 corpses lie in the path to the top of Everest. The earthquake of 2015 also saw 10 people dead at Everest base camp.

The history of Mount Everest is saddening too. Statistics show 288 deaths from 1924 to June 2017. Of the deaths, 168 died attempting to summit without using supplemental oxygen. Of the 288 deaths, 71 died on the descent after their summit. The major causes for deaths during the Everest expedition are Avalanche, falls, altitude sickness and exposure to extreme cold.

The Height of Mount Everest

The height of Everest was first determined in 1856. The Great Trigonometric Survey of British India examined the height of the mountain, at 29,002 feet (8,840 meters) known to them as Peak XV. The surveyors then were at a disadvantage because Nepal didn’t allow foreigners in the country. The findings matched the findings of later observations done by the Chinese team in 1975.

Mount Everest is said to have formed because of a collision between the Indian Plate and the Tibetan Plate. Even now because of small collisions in tectonic plates, the height of Everest increases by 0.25 inch every year.

The current height of Mount Everest is 8,848 meters. The government of Nepal has decided to remeasure the height of Everest in the coming years. 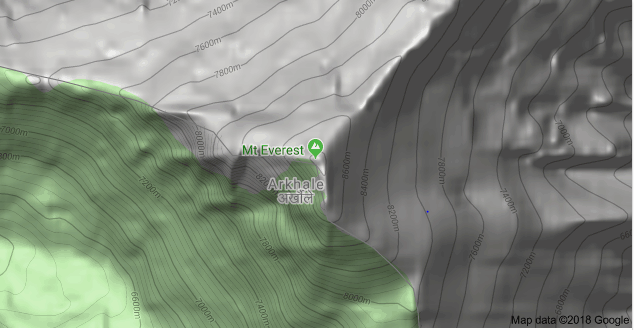