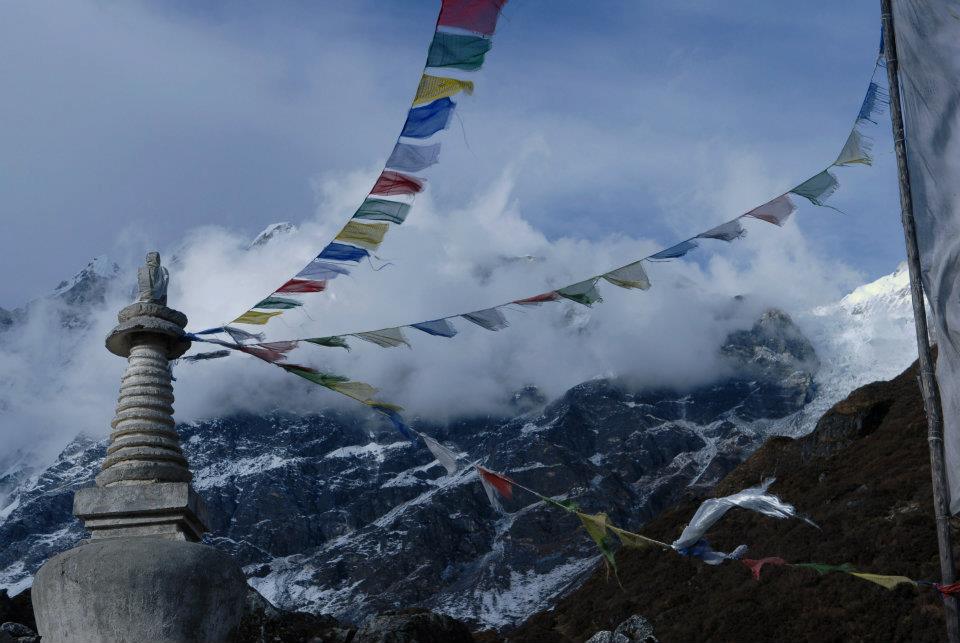 The variety of treks in Nepal is something that not every country around the globe can challenge. The country of Great Himalayas is a major destination for anyone who dares to conquer some of the highest mountains in the world. Along with the world famous Everest trek and the Annapurna Circuit Trek, the Langtang valley is yet another popular destination among the trekkers all around the world.

Far from the bustling cities, away from the crowd and pollution, there are many valleys and villages in Nepal where one can find real pleasure and adventure. Langtang valley is such one valley which comes in the list. Langtang lies in the Himalayas of Nepal and is also easily accessible from Kathmandu; the capital city of Nepal. The Southern border of the region is only 32 kilometers away from Kathmandu. Thus, Langtang region provides a trekker with a wonderful chance to conquer the handful of beautiful destinations in the region without going very far from the capital city.

The Langtang valley is known as the “treasure house” of Alpine plants. Beautiful flowers in the summer beautify the Langtang valley in a very beautiful manner. The alpine vegetation and the forests of rhododendrons and oaks are the home to numerous animals which includes Red Panda and Snow Leopard. 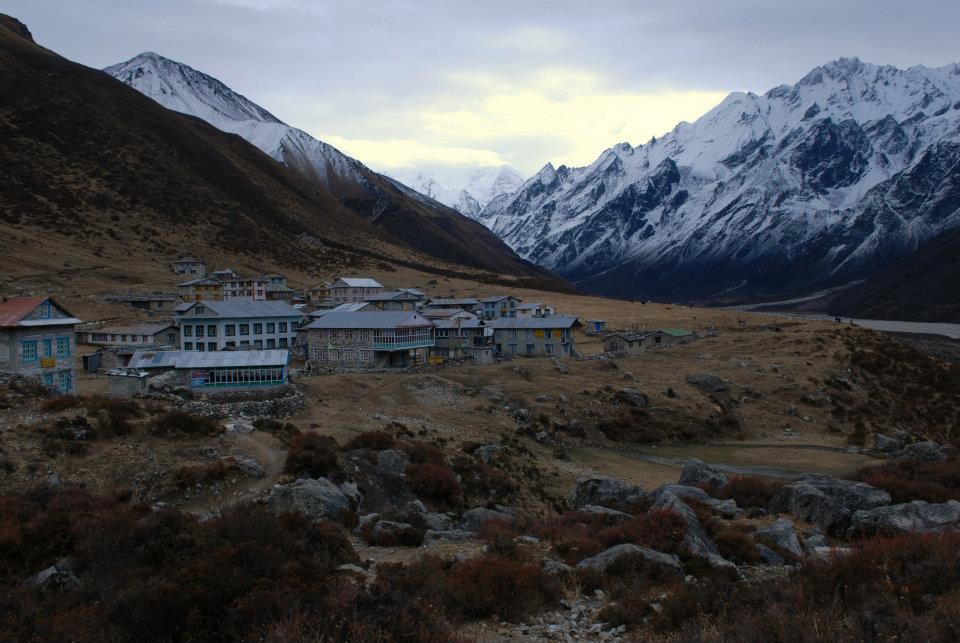 The ethnicity of Langtang Region

The Tamang are the indigenous people living in the Langtang area. The people live a very simple life with tourism and yak farming major source of their livelihood. However, their languages, costumes and their religious practices are similar to the Tibetans. It is also said that they are originally from Kerung, Tibet who later mixed with the Tamang from Helambu region. The traditional houses made up of stone, beautifully carved wooden porches and the beautiful Gompas add more beauty to the Himalayan valley of Langtang. The Langtang valley is a perfect reflection of the mixture of natural beauty and the culture of Tamang communities.

Despite the huge natural beauty and cultural experience, the Langtang is still among the least explored trekking destinations in Nepal. The trekking around the region came into light only after the British mountaineer Bill Tilman entitled the valley as “the most beautiful valley in the world” after his exploration of the valley in 1949.

The best time of the year to trek around the Langtang valley is autumn (Sep – mid-Dec), and spring (March-May). This is because the climates during these periods of the year are mild and generally dry, making your trek easier to accomplish. The autumn offers the trekkers with the spectacular views of the mountains while the spring will please you with the wilderness and beautiful rhododendron blooms.

However, this does not mean that trekking in other seasons of the year must be strictly avoided. The mid-December to February is the winter and the climate is extremely cold with heavy snowfall in the area. Most of the teahouses in the trail are also found to be closed during this time of the year. Likewise, the summer and monsoon are dominated by the rainfall that makes the trail slippery. The leeches are more common and the mountain views might be disturbed during the monsoon. However, if you are all ready to face these challenges, you will be awarded the best of the wildflowers. The number of trekkers during this time of the year is also comparatively few which provide a greater probability to interact with the locals.

The Mountains of Langtang

There is no doubt that the Langtang region offers several mountain views. The Langtang Lirjung (7,234 m) in the north is the tallest peak in the Langtang region. The south borders with the Chimse Danda ridge, which is crossed by the Ganja La Pass (5,122 m) and Jugal Himal with the highest point of Dorje Lakpa of 6,989 meters. 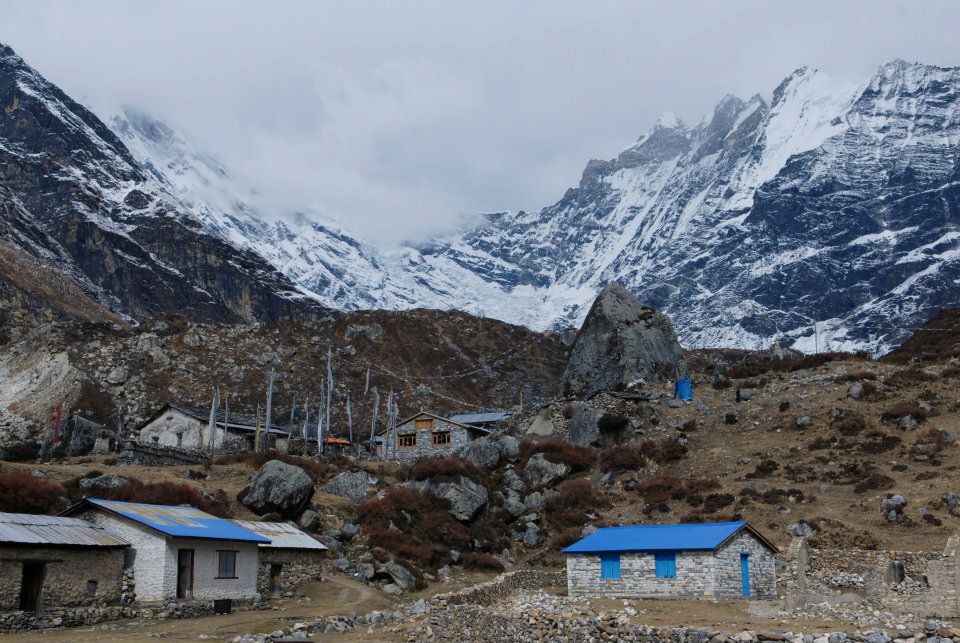 The park harbors many species of plants, 21 among them being endemic to the park. There is the abundant growth of birch, silver fir, Sorbus microphyla, and twisted Rhododendron camapanlatum near the tree line. However, the Sal (Shorea robusta) dominates the southern part of the park.

Likewise, the national park is home to a wide range of animals. The Assamese monkey, grey wolf, Red Panda, clouded leopard, snow leopard, musk deer, and Tibetan sheep are common animals in the park. The temperate forest in the park is home to the Black bears. Adding on, the park is home to more than 250 species of birds among which 12 species are under the list of globally threatened list. The park also supports many wetland-dependent birds. 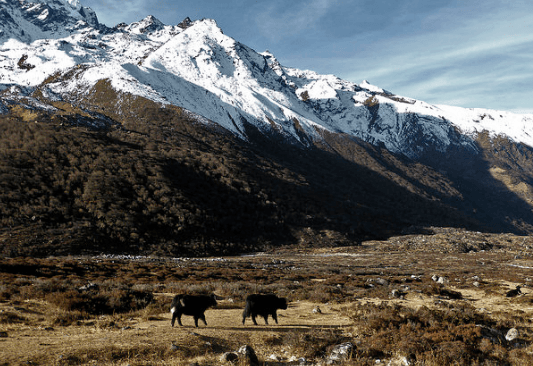 Trekking in the Langtang region is a wonderful trek to experience with many mountain peaks and rich diversity. Several routes are available to trek around the Langtang valley. Each route will provide amazing views of the mountain peaks, mixed culture and traditional lifestyle of the local people. You can also go camping in the region which adds more life to your trek. This will provide an extra chance to get closer to the local community and lifestyle. Here are the trekking destinations that Langtang valley offers to you:

The Langtang Trek offers the trekkers with an opportunity to get another step closer to the local culture of the region. The Tamang Heritage Trek will guide you through the local lifestyle of the region on the lap of Langtang range and the Ganesh Himal.

Nepal Sanctuary Treks offers the trekkers with total 11 days long trekking package of Tamang Heritage Trek with an aim to learn the interesting, an ancient and a unique lifestyle of Tamang with a blend of the stunning scenery of the nature. The trading route between Tibet and Nepal also falls within the trek.

The livelihood of the people is mainly based on agriculture and animal husbandry. Starting from Syabru Besi, you will continue trekking via Tatopani, Thuman, Timure, and Birdim. You will see the locals dressed up beautifully in their traditional customs. The trekkers can also enjoy the local dances and songs at Golijung, Brimdang and Gatlang villages near the Tibetan border.

Explore the Traditional and Untouched Heritage and Lifestyle of Indigenous Tamang People.

Ruby Valley and Ganesh Himal Trek is a wonderful adventure walk through the path of Bill Tillman; the first explored the Langtang valley. The trek serves the trekkers with the unspoiled Tamang and Gurung villages, beautiful farm terraces and the mesmerizing views of the Ganesh Himal and various mountains of the Annapurna, Langtang, and Manaslu region. The trail takes you through the beautiful forest of Rhododendron and the majestic waterfalls. The trekking from the Ruby valley can also be extended up to Tsum valley if you are really looking for more adventure in the Himalayas.

The Laurabina La Trek around the Langtang valley is a challenging yet a beautiful trek to accomplish. The incredible mountain ranges and the sacred Gosaikunda lake are the major attractions of the trek. The lake is a religious site for the Hindus. According to the ledgends,  Lord Shiva created the pond by cutting a glacier to drink water after swallowing poison. 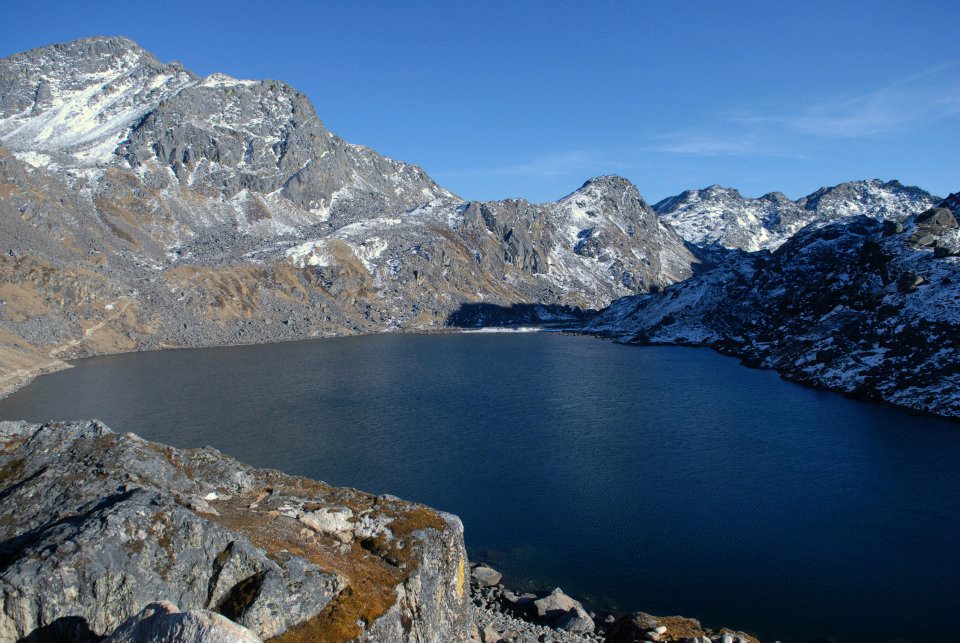 The cheese factory also comes along the trail which you can pay a visit if you want. The  17 days long trek will take you not only through the holy lake and mountain views but also offers an amazing wilderness experience. You might also encounter troops of monkeys and the Tibetan snow cock on your way. The Buddhist prayer flags beautifully decorate the trail. Kyanjin Gompa and Sing Gompa are the Buddhist monasteries that occur in the trail.

Trekking to Langtang is a  classic trek that drives the trekkers through the ethnic , beautiful villages and holy Gosaikunda Lake. The Langtang valley, Kyanjin Gompa, Alpine meadows, impressive glaciates valley drive any trekker crazy about the trekking in the region. Starting the trek from Syabru Besi (1420 m) and reaching to Gosaikunda Lake (4,381 m) is the major achievement of the Langtang Trek.

The Langtang Trek is a beautiful trek to the Himalayas that provides with the chance to explore the unique Tibetan culture. The wilderness of flora and fauna and enchanting views of the mountains add an extra flavor.