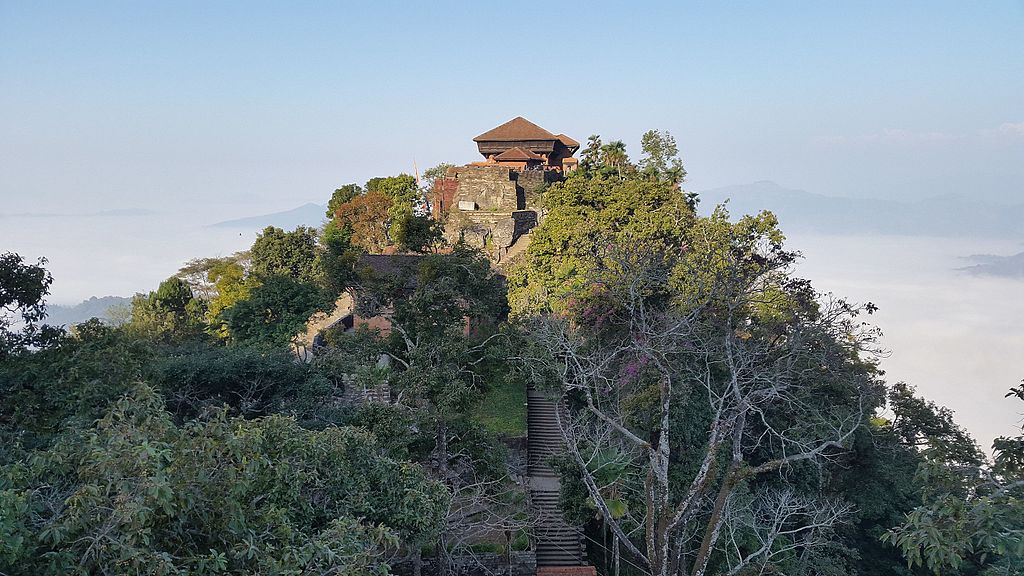 Looking at the history of Nepal, Gorkha is a historic place where the King Prithvi Narayan Shah was born, who ultimately unified Nepal as one. Apart from the historical importance of this place, Gorkha has developed as a trekking hub in these recent years.

Apart from the glorious range of the beautiful Himalayas, rich biodiversity, varied topography, and distinctive culture and tradition, Nepal is known around the world as the home of brave legendary Gurkhas. And, the title of “brave Gurkhas” came from the Gorkha, as most of the soldiers during the wars were from Gorkha itself. Gorkha is the birthplace of Prithvi Narayan Shah, who conquered and joined the small states to make one large nation, as well as the home of legendary Gurkhas. Let us know more about this sensational place of Nepal.

It won’t be wrong if we call Gorkha as the foundation of Nepal. It was the Gorkha, from where the vision of today’s Nepal was envisaged by the first king of Nepal, King Prithivi Narayan Shah.

Along with the historical essence, Gorkha is also one of the beautiful places and has several finest architectural examples. From Gorkha, you can witness stunning mountain views, green hills with lush forest and gorgeous rivers running down from the mountain.

Gorkha is a historic place of Nepal. Its palace is located at the top of a hill with the finest use of architecture. The location of the palace was made on the hilltop as a war-strategy as well to protect the royal families from the armies of the enemy. One can see the mesmerizing view all round from the top.

In Gorkha, there is mostly Gurung ethnic group, who has earned praise and respect for their bravery as a Brave Gurkhas in both world wars. Some of them have also earned Victoria Cross, which is the highest award of the British honors system. No doubt they have a very strict and fierce attitude in the battlefield, but they are Nepali after all,and they are very amiable who will warmly welcome with a great deal of hospitality.

You can also go hiking around the Gorkha, through the lush jungle and enjoying the views. Passing the distinctive villages, ancient temples with excellent artwork, and you might also encounter the honey hunters collecting the honey from wild bees. Also, Manaslu Circuit Trek lies in Gorkha district which will give them an opportunity to witness the classic, historical and loved the cultural town.

xplore an unspoiled wilderness surrounded by Mountains in Gorkha with Cycling

History of Unification from Gorkha

Before Nepal was unified as one country, there were several small states in Nepal, in total 54 states.  After Prithvi Narayan Shah succeeded the throne, he started to contemplate the ways of expanding the state of Gorkha into more large and strong state, as Gorkha was just a small state when he came into the throne. Determined in his decision, Prithvi Narayan went to Banaras to gather knowledge about neighboring states and India as Banaras was trade center of India where people from different places used to come. He met with different types of people gathering a valuable understanding of the political and social condition of the Indian sub-continent. After his father-in-law, a Rajput Chief of Banaras obtained some firearms and ammunition, Prithvi Narayan Shan made his first invasion on Nuwakot in 1743 CE but failed.

Despite his first attempt, Prithvi Narayan Shah continued his quest and conquered many states; he turned his attention to the eastern and western kingdoms. After the victory over Darjeeling (now in India) and while in a plan to attack Sikkim, his health deteriorated and died at the age of 56. During the last hours of life, he called his sons and brothers and gave them messages about why he was involved in unifying Nepal and what should be the appropriate policies and programs for future, which was compiled as Divya Upadesh (Divine Advice).

Where to visit in Gorkha?

Built in the 16th century, this palace of Gorkha is one perfect example of the Newari architecture of Nepal. Gorkha Durbar is a palace, fort,and temple as well. This place holds special significance as the birthplace of the creator of Nepal, Prithvi Narayan Shah.

Gorkha Durbar also has great religious importance,and any leather items like shoes, belt,etc are not allowed. Pilgrims enter the temple from the western gate, emerging an open terrace in front of the exquisite Kalika temple, which was builtduring the 17th century. The temple features excellent craft of peacocks, demons,and serpents in every inch of woods. The rules of this temple are so strict that only Brahmin priests and the King can enter, while other non-Hindus are only allowed to observe the view from the terrace.

Experience the Ultimate Off-road Biking Challenge from Kathmadu to Pokhara

In the east wing of the palace complex is the former place of King Prithvi Narayan Shah, which is called Dhuni Pati and it is covered in the elaborated wood carvings. It suffered great damage during the earthquake of 2015, so you might find a lot of scaffolding as the place is under construction. You can also find a tomb of Guru Gorakhnath, a reclusive saint who acted as a spiritual guide of Young Prithvi Narayan.

This historic palace suffered several damages in the 2015 earthquake and was able to survive miraculously. The construction and repair of the damaged sites are still ongoing. 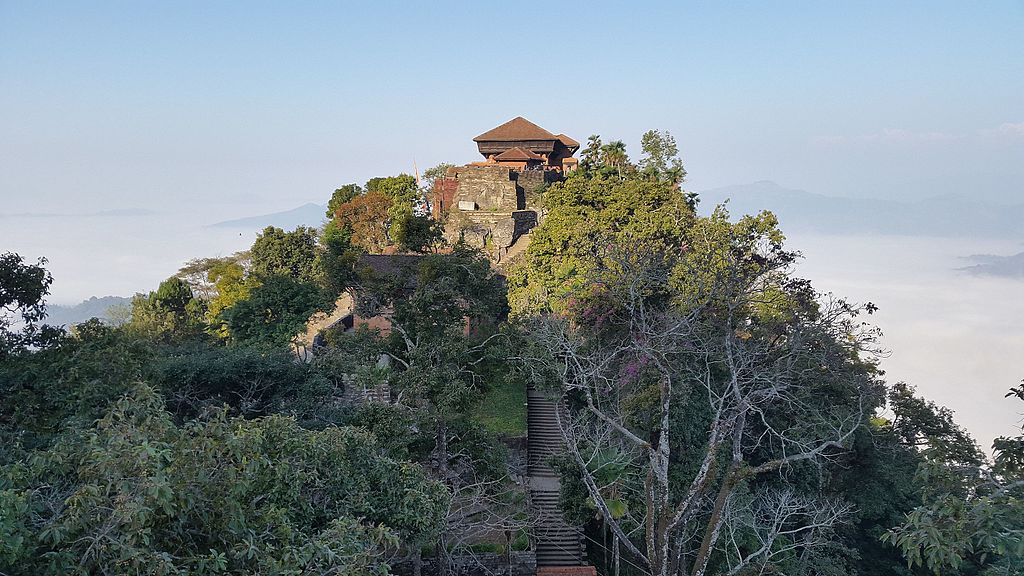 Gorkha Museum is inside the Tallo Durbar, a Newari-style palace. Built in 1835, this museum attracts you from its building itself. Gorkha museum has a beautiful courtyard with perfectly craved woodwork indoors and window. Although the collection of Gorkha museum is limited, it is delightful to walk around this area as it is set in the large garden of 3.5 hectares.

Bhimsen Temple is a located in a small square of Gorkha. This temple is built in a miniature pagoda style and has been dedicated to Bhimsen, the Newari god of Commerce. People visiting this temple generally throw a coin as a gesture of offering.

Goraknath is located at the ten meters down the southern side of the Gorkha Palace. Goraknath was a Hindu yogi who was an influential founder of the Nath Hindu movement and also one of the two notable disciples of Matsyendranath. This place is a popular tourist spot of Gorkha and also visited with a great devotion by Brahmans and Chhetries considering it is the holy pilgrimage site. This place holds an extravagant fair every year on the day of Baisakh Purnima (the full moon day of Baisakh) in Gorakhnath Cave.

Gorakhkali Temple is located at the south-west side of the Gorkha Palace. It is at the top of the hill which will take about 1700 steps to reach. Dedicated to the Goddess Gorakhkali, the temple was built during the reign of King Ram Shah.

Located in the Gorkha, Manakamana Temple is one of the most popular pilgrimage sites of Nepal. The word “Manakamana” comprises two words, “mana” and “kamana,” meaning heart and wish respectively. This temple is in existence since the 17th century and is believed to be granted by any wish who makes the pilgrimage to the shrine to worship the Goddess. Manakamana Temple is a sacred place of Hindu Goddess Bhagwati who was an incarnation of Goddess Parvati.

The temple is of four stories with tiered pagoda-style roof and lies on a square pedestal. It is set in a square and looks across a massive sacred magnolia tree. Along with its great religious significance, this temple is also very artistic. Another attraction of this temple is the cable car. 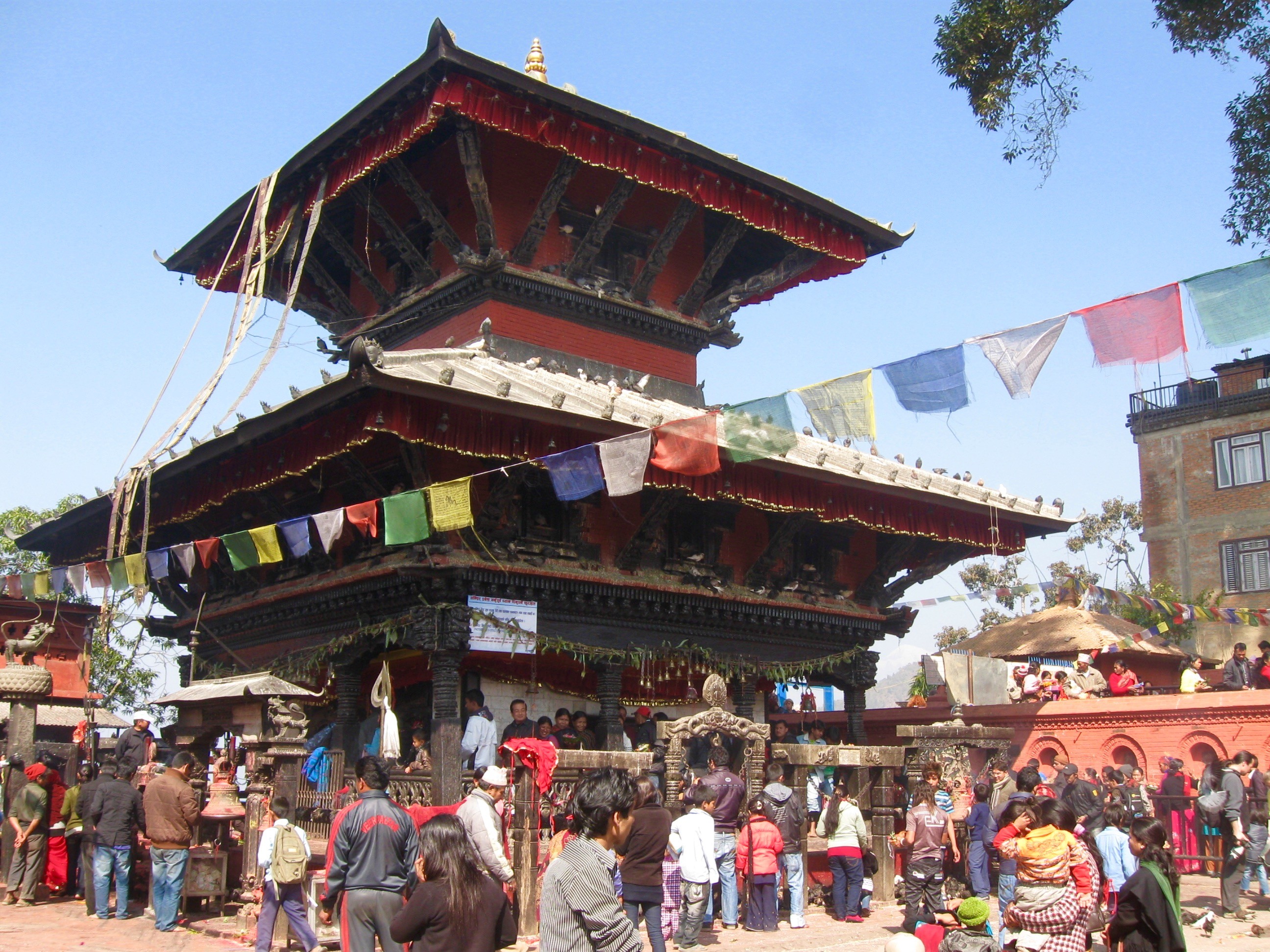 Characterized by a great number of Hindu followers, Nepal has thousands of temples dedicated to the various god and goddess. As the name suggests, this temple is dedicated to Lord Shiva. This is a squat white temple with a very distinctive statue of a bull. The bull is Nandi, the steed of Lord Shiva, who guards the Kailash Parbat (Lord Shiva’s adobe).