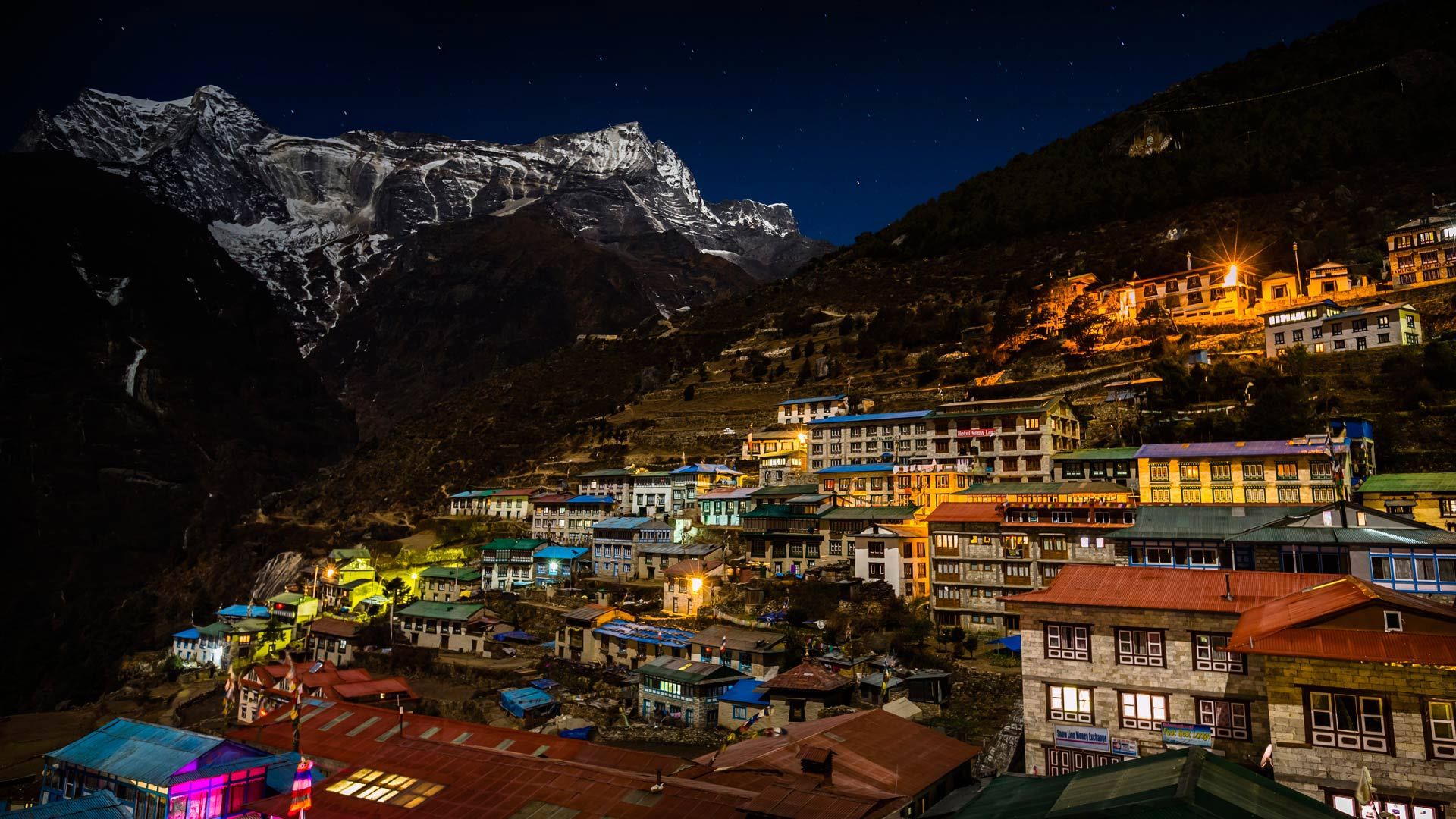 The Everest base camp is the most prioritized trekking route and has become a practicable goal for the trekkers who want to have a glimpse of Mount Everest (known as Sagarmatha in Nepal and Chomolungma in Tibet), the highest mountain in the world.

The most breathtaking sceneries with natural beauty make EBC one of the most visited regions in the Himalaya.

Similarly, the local culture of Sherpa community, the welcoming hospitality of Nepalese in Solukhumbu add value to the trip of the trekkers. 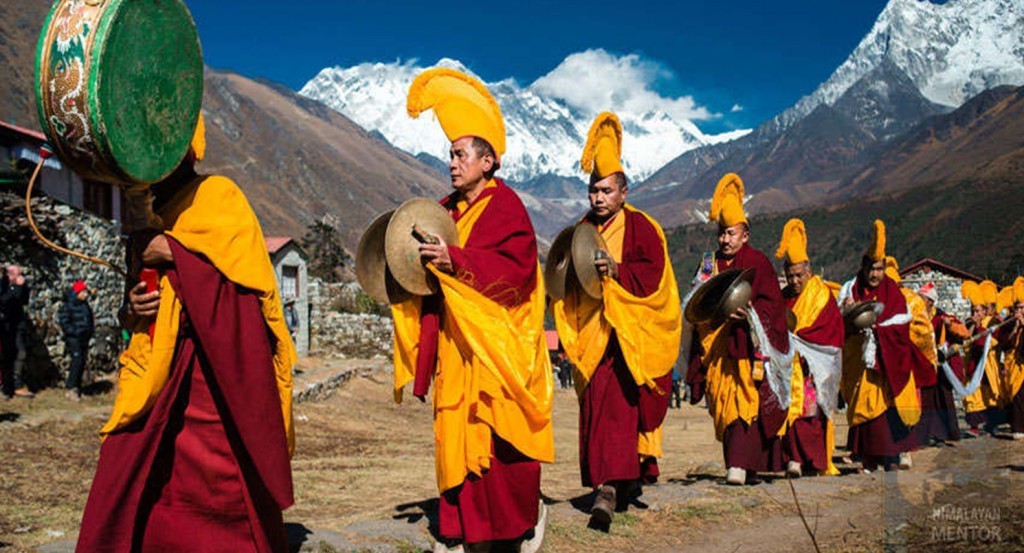 Sherpa culture museum which is built which traditional Sherpa design and architecture is situated in Chhorkung in well recognized Namche Bazar.

The museum is open to all the travelers to the Everest region for trekking or any other purpose with a reasonable fee.

This museum is run by a photographer Lhakpa Sonam and contains various cultural objects of Sherpa including photos of all the Sherpa Everest Summiteers. 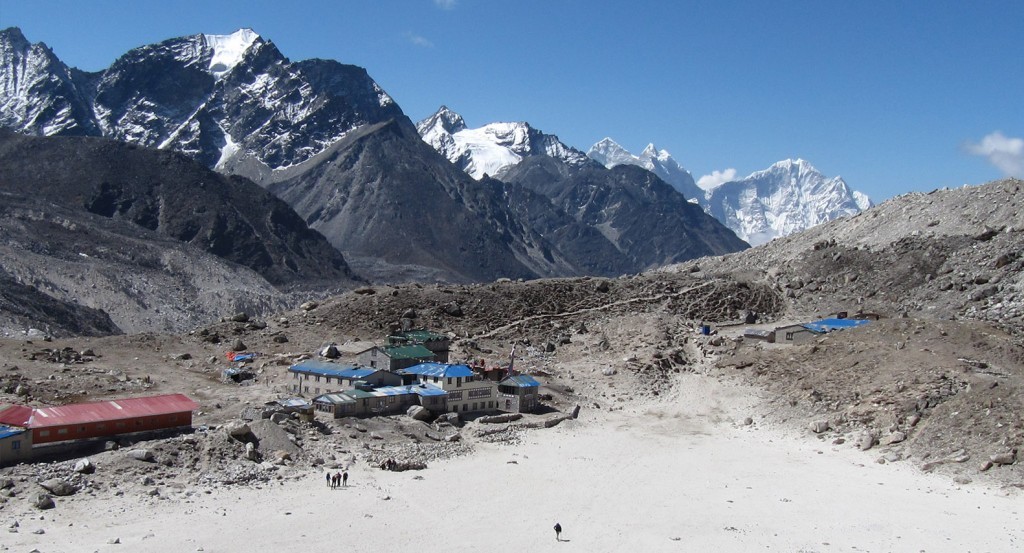 The trek starts from Lukla, followed by Dudh Koshi to Namche Bazar and finally to the base of the Mount Everest. 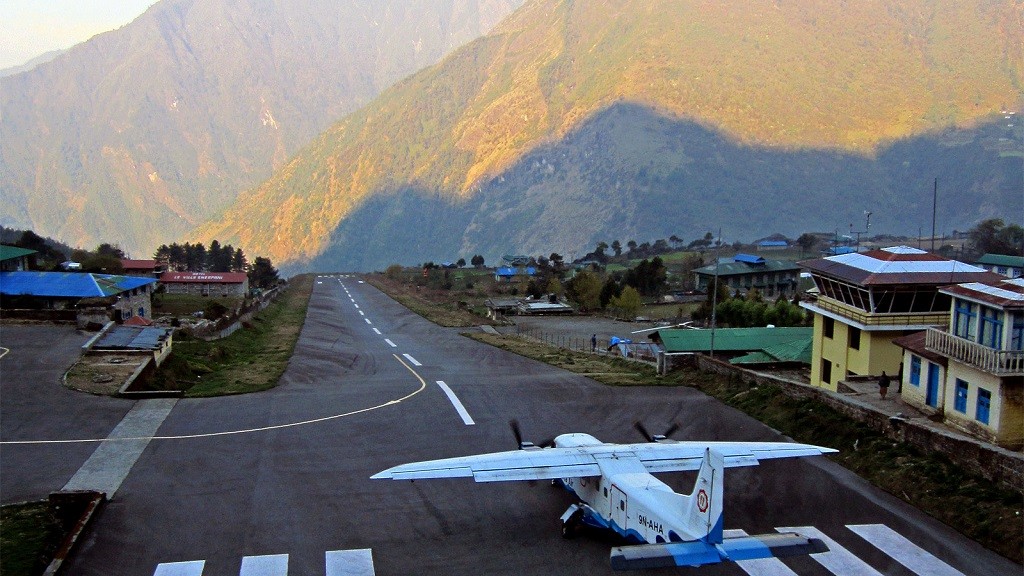 You will be amazed by the beauty of Tensing Hillary airport (which was named after Sherpa Tenzing Norgay and Sir Edmund Hillary, the first people to reach the summit of Mount Everest) and its operation at such a height and landscape.

It makes the first step of the trip (i.e. flight from Kathmandu to Lukla) a memorable one with the marvelous views of Eastern Himalayan Range, although it is not the core part of the trek.

Namche Bazar, the Gateway to Mount Everest has another attraction for the trekkers that is Khumbu International Library which is the part of Sherwi Khangba Centre.

You can find huge the collection of books, magazines relating different aspects of mountains from Nepal as well as other countries.

The available books also include travel guide, biographies historical accounts, expeditions, flora and fauna and other features of the world.

All local people, national as well as international visitors are welcomed by the library.

Out of many Attractions of Everest Base Camp, you can not miss small teahouses located in a different location with the variety of facilities.

Some small villages can be found in the mountains that offer tea houses, a popular form of accommodation for trekkers in the region.

The term teahouses have become complementary with Everest Base Camp. They provide all the basic services to the trekkers for the comfortable stay.

It is the great opportunity to socialize with the local people and meet other trekkers from around the world. 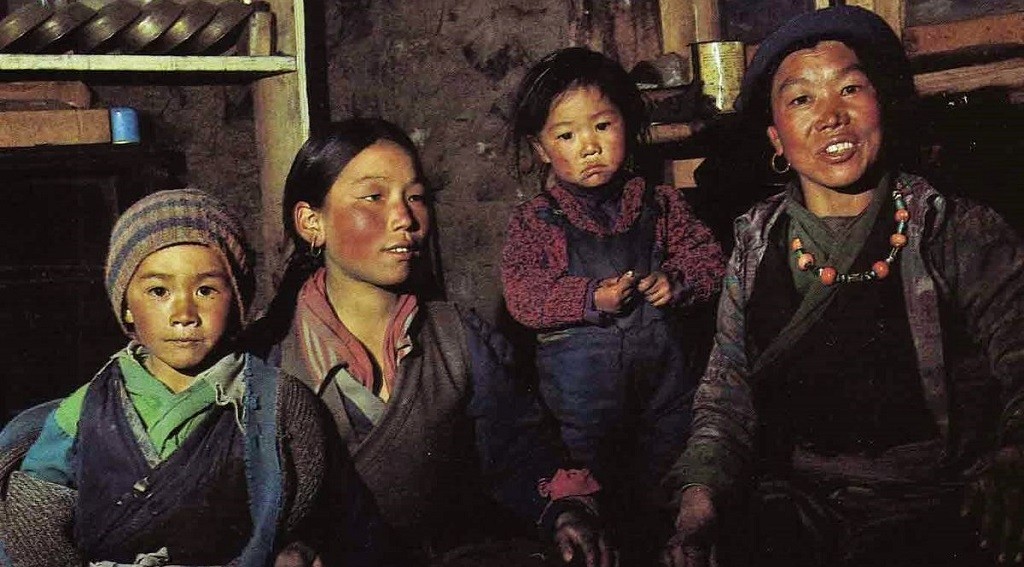 The trek to Everest Base Camp provides trekkers with the opportunity to observe, participate and experience the culture of Sherpa who are the tribe of Tibetan origin living in the lap of Himalaya.

They are well known for their skills in mountaineering and thus regarded as expert mountaineers in their local terrain.

You can go to different places such as Dudh Koshi, Lukla, and Namche Bazar during the trek. These places depict the lifestyle of Sherpas and help to make ones trip a memorable one. 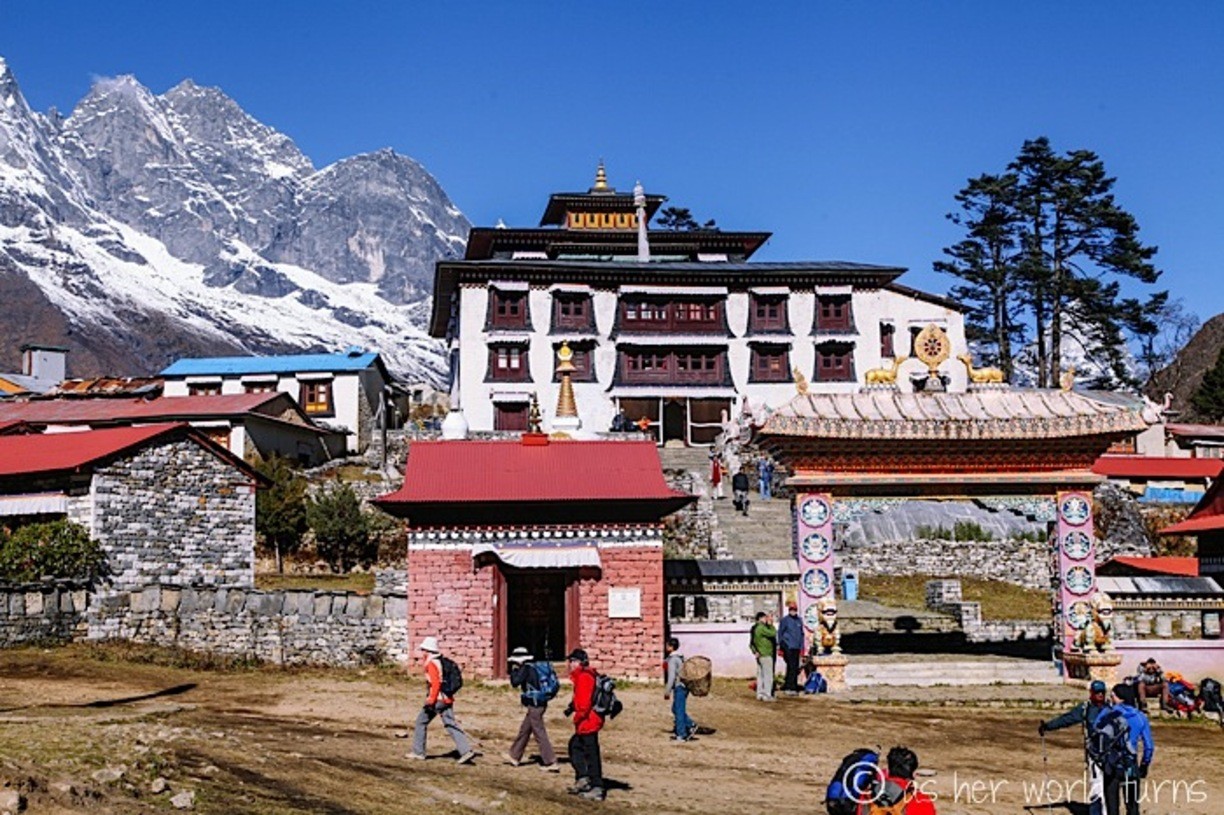 The history of the events and people relating to all the aspects of Khumbu region can be found in the Mt. Everest Documentation center.

It includes the photos of all the climbers of Mount Everest including Sherpas and international climbers. 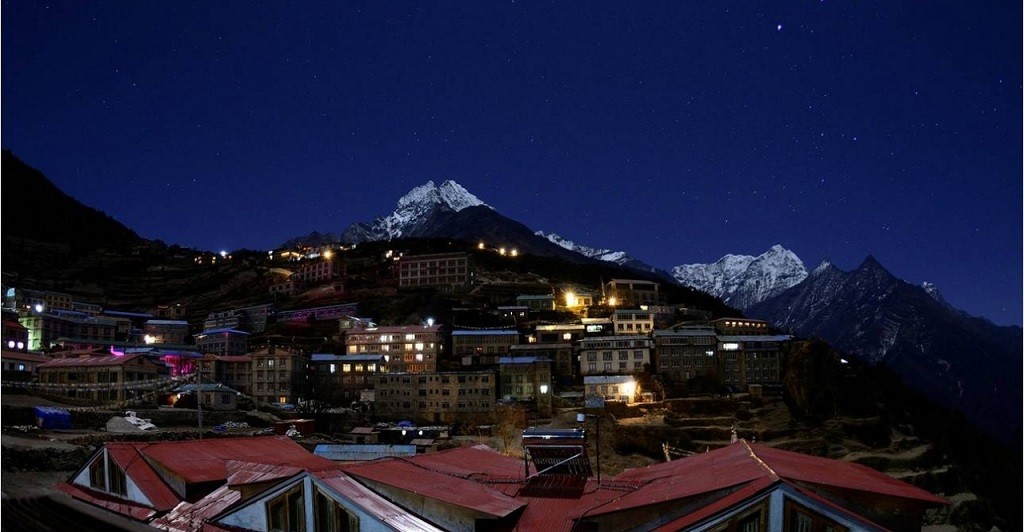 Namche bazaar is popular amongst the trekkers in the Khumbu region, which is gateway to the Everest. Most of the Sherpas who are in tourism business belong to the Namche.

It is also a thriving market that sells different stuffs ranging from trekking and climbing materials to the artefacts from Tibet.

The slope of Namche Bazar enables trekkers to oversee the picture of huge mountains through the valley. 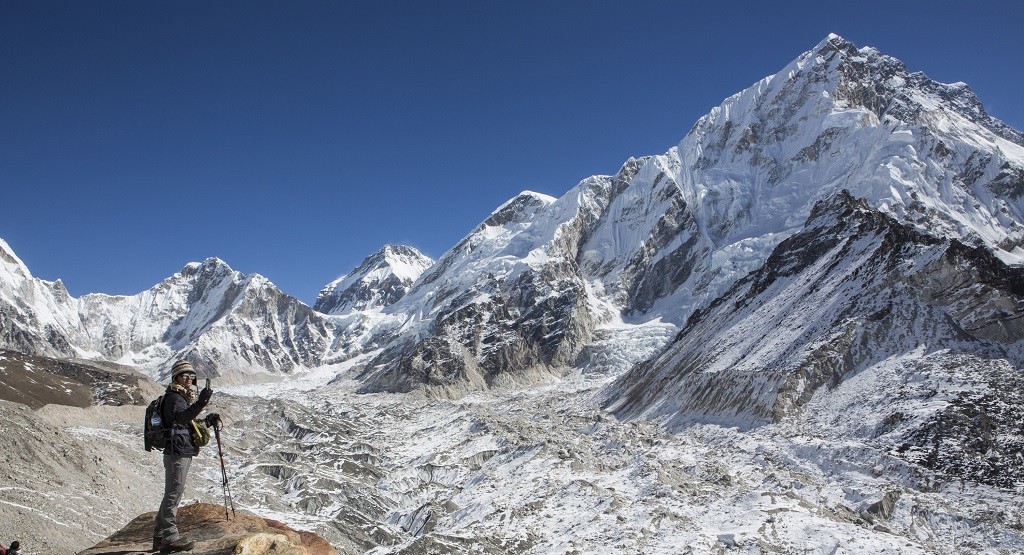 Kala patthar, which means ‘black rock’ in English, is the famous viewpoint of Everest Base Camp since it provides a very close up view of Mount Everest.

It also offers a freezing walk to the Everest Base Camp and lies at the base of Khumbu Icefall.

Your visit to the kala Patthar makes the trek fruitful and worthwhile. 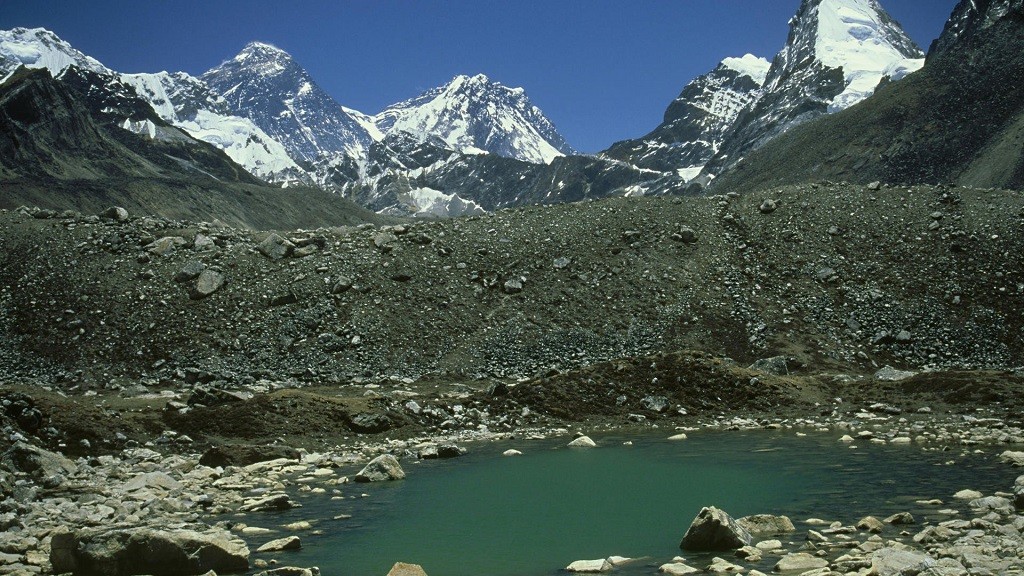 It is the highest National Park in the World consisting approximately 3000 sherpa within the park.

During the trek, Trekkers will find various monasteries among which Rongbuk monastery is the famous and highest monastery in the world.

The major attraction of this monastery is the scenery all around and the view of Everest’s north face. It is the sacred place for a lot of pilgrims.

There are other monasteries such as the one at Thame, Khumjung, pangboche and Tengboche where trekkesr can oversee the culture of native Sherpa people.