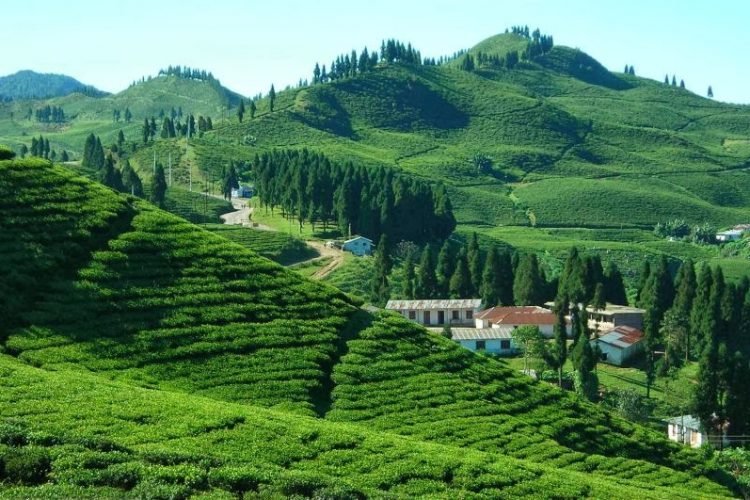 Tharpu to Illam Trek is a nice option to have a day out. Kanchenjunga is the third-highest mountain in the world situated partially in Nepal and in Sikkim, India. It rises with an altitude of 8,586 m (28,169 ft.) in a section of the Himalayas called Kanchenjunga Himal that is limited in the west by the Tamur River, in the north by the Lhonak the Chu and Jongsang La, and in the east by the Teesta River.

The Low route of the GHT starts magnificently with an incredible view of the Kanchenjunga and Makalu Barun range from Phalut at the border with Sikkim India.

The area is rich in flora and fauna such as snow leopards, Tibetan wolves, and red pandas at large on the high mountain slopes, pine forests, and bamboo jungle. During spring, you get to see 40 species of rhododendron in bloom. You will get the opportunity to explore and experience typical Nepali village life along the trail. While trekking you pass fascinating villages, tea plantation areas, terraced fields, and crossing some suspension bridges along the way.

You will be received and escorted to the hotel by our staff, refresh yourself and take some rest or explore the area around your hotel. Accommodate at Kathmandu.

Kathmandu is the cultural heart of Nepal and has been a famous destination for tourists ever since Nepal opened its borders to visitors. Today after breakfast we will explore Kathmandu valley, a guided tour will be conducted to major world heritage sites inside the valley. As Kathmandu valley is a beautiful combination of Hinduism and Buddhism we will visit historical sites like; Durbar Squares, Pashupatinath, Swayambhunath (monkey temple) and Buddhist shrine of Bouddhanath which is one of the largest stupa in the world. After the tour you will prepare yourself for the trek, will be briefed about the trek; buy all the trekking equipments required and overnight at hotel.

After breakfast we will take flight from Kathmandu to Bhadrapur. Upon landing at Bhadrapur we drive about 3 to 4 hours to reach Ilam from district which is popular for tea garden. You will drive all the way through picturesque green tea garden and rice terrace fields.You will pass Phidim after 2 ½ hour’s drive. We will reach our destination Tharpu, a small village after one and a half hours drive from Phidim where we stay overnight.

We will take public jeep from Tharpu to Chyanghthapu since the road is full of dirt and it’s hard to reach Chyangthapu by foot in one day. We then walk about 3 ½ hours to Oyam (1,310m) passing the village of Salapkhu (1375m) and Musepa (1245m). To reach Chayngthapu you have to walk another 15 km all along the dirt path through Namreek,Gadhi and Palaincha. We overnight at Chyangthapu.

After breakfast we will leave Chyangthapu behind and move towards east descending down for 5-10 minutes where you will meet Y junction. Just after the junction, you will traverse suspension bridge over the Mewa Khola and walk on a stunning small trail through terraced field. Then after a gradual ascent the trails takes to you to shaded forest with cardamom plants. On the way you will also go across small bamboo bridge over Moruwa Khola Ghari and continue walk up in the forest following Moruwa Khola. You will meet another Y-Junction after half an hour walk. You will pass through small village of Moruwa Khola Ghari and after steep walk we reach at Moruwa Ghari Chowk. We keep on ascending through splendid forest. After one and half hours of walk will take you to Lem Pokhari where you will see open field of shepherd hut. If weather is clear then you can see an incredible view of Mount Jannu/ Kumbhakarna (7,711m)

We continue to walk eastwards descending down through shaded rhododendron forests and fields and small temple. After an hour walk, you will reach a tiny lake called Lem Pokhari (2,810m) with a shrine devoted to Lord Shiva.

We then walk up in the south-eastern and pass cave house (2,810m) and small waterfall (2820m).After half an hour there is a steep ascend with a rocky and high mountain landscape passing small forests occasionally. You will pass small waterfall and Menmeng (3286m), the place where there is shepherd house. After half an hour climb you will reach the India border (3,408m). Phalut (3,467m) is only 1 km up to from border. It is situated at the border of the Indian states of West Bengal and Sikkim and of Nepal. It lies inside the Singalila National Park.

We continue our journey after breakfast. After 15 minutes ascend from Phalut north-westwards you will reach at mani wall (3,582m) which is a spectacular viewpoint. The viewpoint offers closer spectacular vistas of Kanchenjunga, Makalu Barun and Mt. Jannu range as well as 360 degree view of Darjeeling, Nepal, Sikkim and Bhutan. After enjoying the beautiful view, we walk northwards you reach Phalut Thorepule where there is Y-Junction. We move to northwest that takes you to Chyang thapu. We then descend down and pass through small pond, forest and small landslide area. You will meet several Y –junction followed by ups and down and straight trails. If the weather is clear then you can see beautiful backdrop of Mount Kanchenjunga and Mount Jannu along with pine trees. You will pass Garjuri Pokhari and nice resting place called Samajan Gajuri, Chyanthapu Bhanjyang and Chyangthapu Sumujung. After Chyanthapu Sumujung you will reach Chyangthapu Nigale. After 45 minutes of straightforward trail you have to traverse suspension bridge (1,541m) that lead us to our destination Chynagthapu.

We start our trek walking over a dirt road, crossing suspension bridge over the Iwa Khola. After that we arrive at the place called Namreek where we take tea break. Again you follow dirt road and pass waterfall, suspension bridge over the Mewa Khola. After crossing over suspension bridge the trails take you to a rice terraces and forests following Iwa Khola upstream, south of the river then again crossing another suspension bridge over the Suwa Khola. The trail then takes you to the villages and then cross a bamboo bridge after which the trail begin to ascent where you get to see people working on the fields. After an hour walk the trail leveled and goes through a beautiful wooded area, waterfall and shops for snacks and tea. After many junctions, ascends and descends straight, steep trail and crossing a stream we will reach Sablakhu Bhanjyang where the trails lead to you to our destination called Limbuding.

The trails start to ascend and after a few minutes’ walk you reach at small field with straight and flat trail. You then pass through charming village of Amegudin, filled with houses with plenty of flowerpots, bazaar with lots of shops and then cross the another suspension bridge over the Hapu Khola. After leaving Hapukhola you will reach Simbalbote where you see the flowing water of Kabeli Khola. You will then pass the place Tellok that lead to trails through forest and then to Sinchepu, the small settlement. You then continue to walk towards Orakpa from Kande Bhanjyang. After several Y-junction, ups and down trails and flat trail takes you to Orakpa where we stay overnight there.

After breakfast we continue our walk by descending down for about half an hour over a steep and slippery trail through cardamom fields to a suspension bridge over the Phawa Khola. The trail is very narrow and sometimes steep. After about an hour, you take the left fork ascending up when you meet Y-junction. Then after another hour of walk you will reach a shepherd house and walk through beautiful forest. We continue to walk through shaded forest passing through shepherd house and stream. When you arrive at wooden fence then you have to climb over and continue to walk straight. Again there is a steep ascent through the forest to Bolu Danda which is a pilgrim route to Pathibhara temple. Then you continue to walk to Guranse Danda and after 20 minutes walk you will reach Thulo Phedi (3,155m) where we stay overnight here.

Today we will leave early for Pathibhara temple (wish fulfilling god) where you will get to see an incredible backdrop of complete Kanchanjunga and Makalu Barun ranges from the temple situated at the top of the hill. We will walk through stairs for about one and half hour to reach the temple and one hour to go back down.

You have to descend down the same way to Bolu Danda to get to Taplejung. We continue to walk on a dirt road that takes you to Kaplephati and then walk left of dirt road that takes the trails descend down to Bhalegaude. You will walk through dirt road and the forest as well. You will pass the place Terse Durali, Sewaro, Sano Deurali and Suketar. The trail goes down at the western end of Suketar. After 45 minutes you will pass the small inhabitant of Gurung Gumba which is named after Buddhist Monastery. You will arrive at Taplejung after half an hour walk. There is Buddhist monasteries where there is a sculpture of Avalokiteshwara. A butter lamp has been burning here continuously since the construction of the monasteries.

After breakfast we will drive back to Illam which is a pleasant place to stay bounded by tea plantation.

Today we drive back to Bhadrapur which takes about 3 hours. Then we will take 45 minutes flight to Kathmandu. You will transfer back to Hotel in Kathmandu.You have leisure time to take relax and shopping.

Leisure time and explore Kathmandu until the departure time when you will be transferred to airport and fly back home. 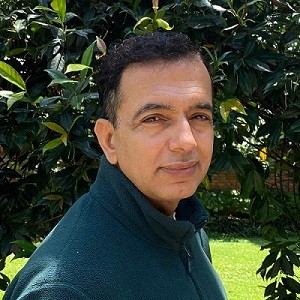