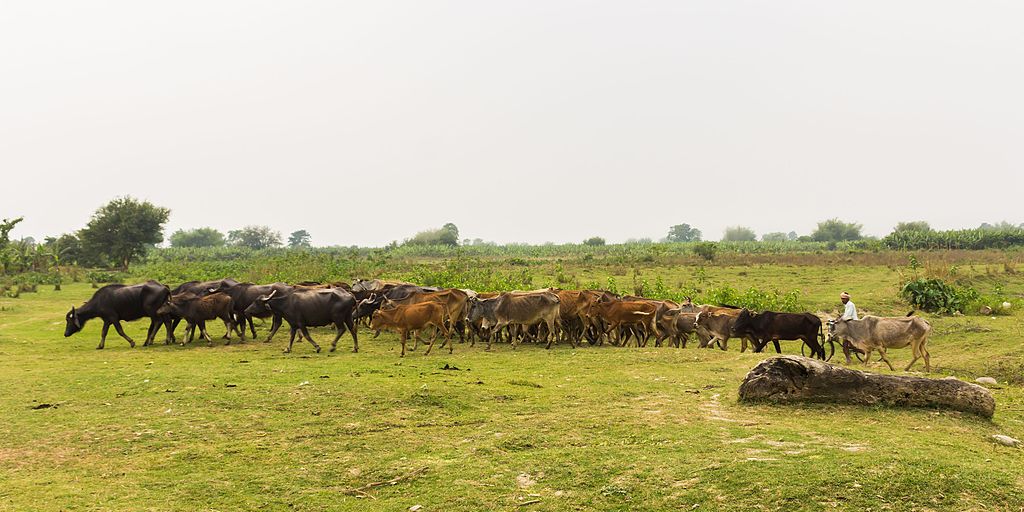 Koshi Tappu Wildlife Reserve is one of the protected areas in the Terai of eastern Nepal. The reserve was established in 1976 AD and extends up to the area of 175 sq km. The reserve touches the Sunsari, Saptari, and Udayapur districts. The Reserve ranges between the altitudes of 75 m (246 ft.) to 81 m (266 ft.). Being situated at the bank of the Saptakoshi River, the reserve consists of the mudflats, freshwater marshes, reed beds, and arable land and thus is one of the best and finest bird watching destinations in Asia.

The primary aim to set up the Koshi Tappu Wildlife Reserve was to protect the last population of the Asiatic Wild Water Buffaloes in Nepal. The major habitats include wetlands, grasslands, and small patches of the Riverine forest. The Reserve is also included in the Ramsar Site (a wetland of international importance) in December 1987.

The Koshi Tappu is rectangular shaped which is about 10 km in length and 10 km in breadth. The Reserve also allows fishing after you have a fishing permit. The vegetation mostly consist of tall grasslands. The local villagers collect grasses from the jungle within the Reserve once in a year, generally in January which they use to thatch the roofs.

The Koshi Tappu Wildlife Reserve is easily accessible by both air and road. Regular flights are available from Kathmandu to Biratnagar. The flight duration is about 45 minutes and offers you with the amazing views of the Eastern Himalayas including Mount Everest, Makalu and Kanchenjunga. It is only 3 to 4 hours’ drive from Biratnagar to reach the Reserve.

The Reserve is almost 560 kilometers away from Kathmandu. A drive of almost 14 hours along the Mahendra highway will lead you to the Reserve. The journey goes through the hills of Mahabharata and Churia Range. The journey by the road will be a good option if you are willing to witness the hillside village and countryside lifestyle. If you have enough time, then you might prefer travel by this method.

Also, if you are looking for a more adventurous journey, then you can also choose white water rafting all the way from Sunkoshi River to SaptaKoshi River. The 8 to 10 days exciting trip is one of the most exciting white water rafting in the world. The adventure will end at the Chatara and then transfer to Koshi Tappu Wildlife Reserve.

The best time to visit the Koshi Tappu Wildlife Reserve is between October till March. This is because; one can witness the migratory and resident birds on the barrage and the main channel of the river during this period of the year. Also, this time prevents the heavy rainfall during the monsoon season and the extreme heat of the summer. Besides, October to March offer the visitors with the beautiful views of the mountains. The world’s fifth highest mountain Mount Makalu (8475 m) can be seen from the park.

Although, the Koshi Tappu Wildlife Reserve is the smallest protected area in the Terai belt of the country, the reserve is very rich in the floral and faunal diversity. The dominant vegetation is Riverine deciduous forest, grassland, and marshy field. About 68% of the Reserve is occupied by the plain grasses while only 6% is covered by the forest. The yearly flood and the domestic animals grazing keep up the pastures of the park. The wetland of reserve harbors 414 plant species. The most common among them are Eichhornia, Hydrilla and Azolla.

The Reserve is also home to many animals where about 31 species of mammals along with that, more than 200 species of fishes are found in the Reserve. The Gharial Crocodile and Mugger limit to swamps and marshes. Also, the forested ecosystem of the Reserve is the habitat for 15 globally significant species. The Reserve is also home to the wild elephant.  The Reserve also supports some 20 other animal species which includes Hog deer, wild boar, spotted deer, Blue bull and Rock Python apart from the significant contribution in protecting the wild water buffalo.

The Koshi Tappu being the only habitat for the animal, there always occur the threat to the animal in case of the disasters like flood, fire and endemics. Thus, to set up a second ecologically favorable population in the Chitwan National Park, the animals were trans located in 2017.  A pair of the wild water buffalo (one male and one female) was trans-located to the Chitwan National Park on 25th January 2017. 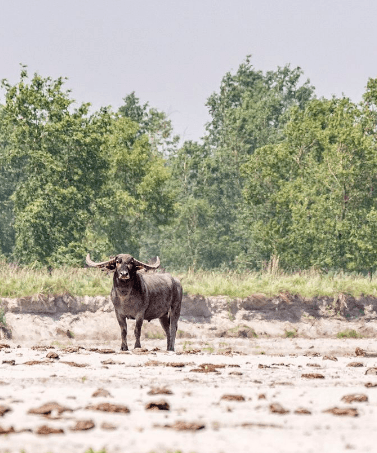 Apart from being rich in wildlife, the Reserve is an excellent destination for birds, particularly the water birds and many migratory birds such as sarus from Siberia. Some of the noticeable birds in the Reserve are Watercock, Dusky Eagle owl, Black-headed Cuckoo-shrike, and White-tailed stonechat. The total of 485 species of birds were identified in the park which include varieties of ducks, ibis, storks, egrets and herons, as well as the endangered swamp partridges and Bengal florican. 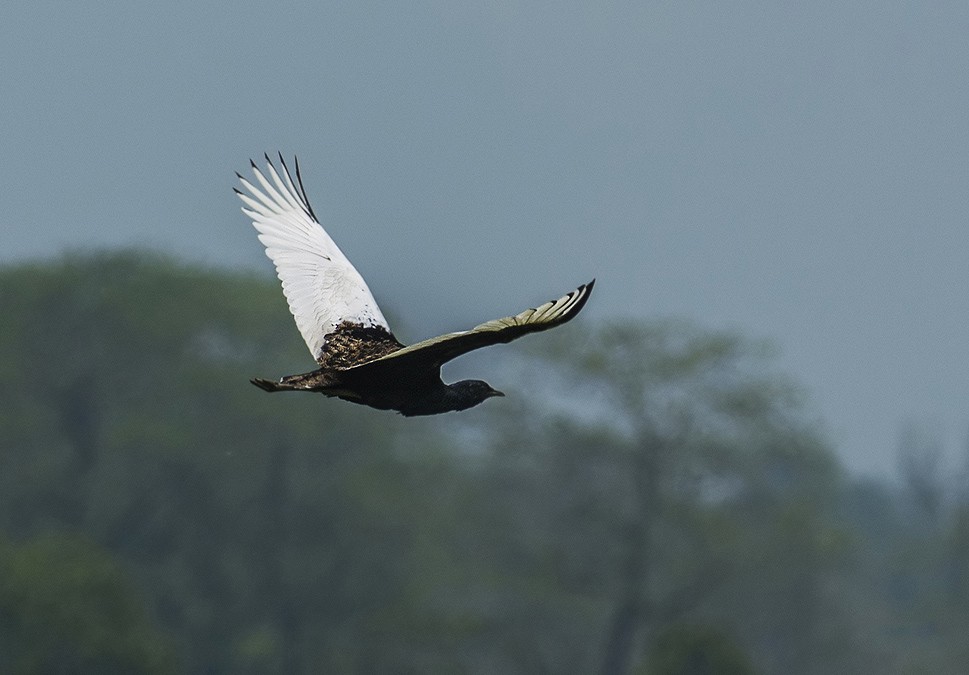 The Greater Adjutant; an endangered member of the stork family was observed in Koshi Tappu Reserve in the gap of 22 years. The last time the bird was seen in the Reserve was in 1995. The bird mainly lives in some parts of India, Nepal, and Sri Lanka but the number is decreasing due to the habitat threat.  At present, there are only 800 individual of Greater Adjutant in Assam, 150 in Bihar and 200 in Cambodia.

A new species of the Nightjar was spotted in Koshi Tappu in 2018 increasing the bird species count of the country to 863. The Nightjar is nocturnal in habitat and visit Nepal from Pakistan, South China and Northern India.

Know more about the Shangri-La of Birds

The Status of the Birds in Koshi Tappu Wildlife Reserve

In spite of being a vast array of the migratory and the residential birds, the birds in the Reserve are not safe. The numbers of migratory birds have decreased in the recent few years. The wetlands are drying and are seriously damaged by the flood the Saptakoshi River resulting to the loss of habitat for the migratory birds. This has resulted to the decrease in the number of the birds that enter the Reserve by the onset of the winter.

The activities you can take part in during your visit to the Reserve are;

The visit to Koshi Tappu Wildlife Reserve does not need special items like in trekking to the high Himalayans. However, here are some of the items you should bring with you:

–          Light colored and casual cloth that will mix with the nature

Want to Know More About the only Habitat of Asiatic Wild Water Buffalo in Nepal?