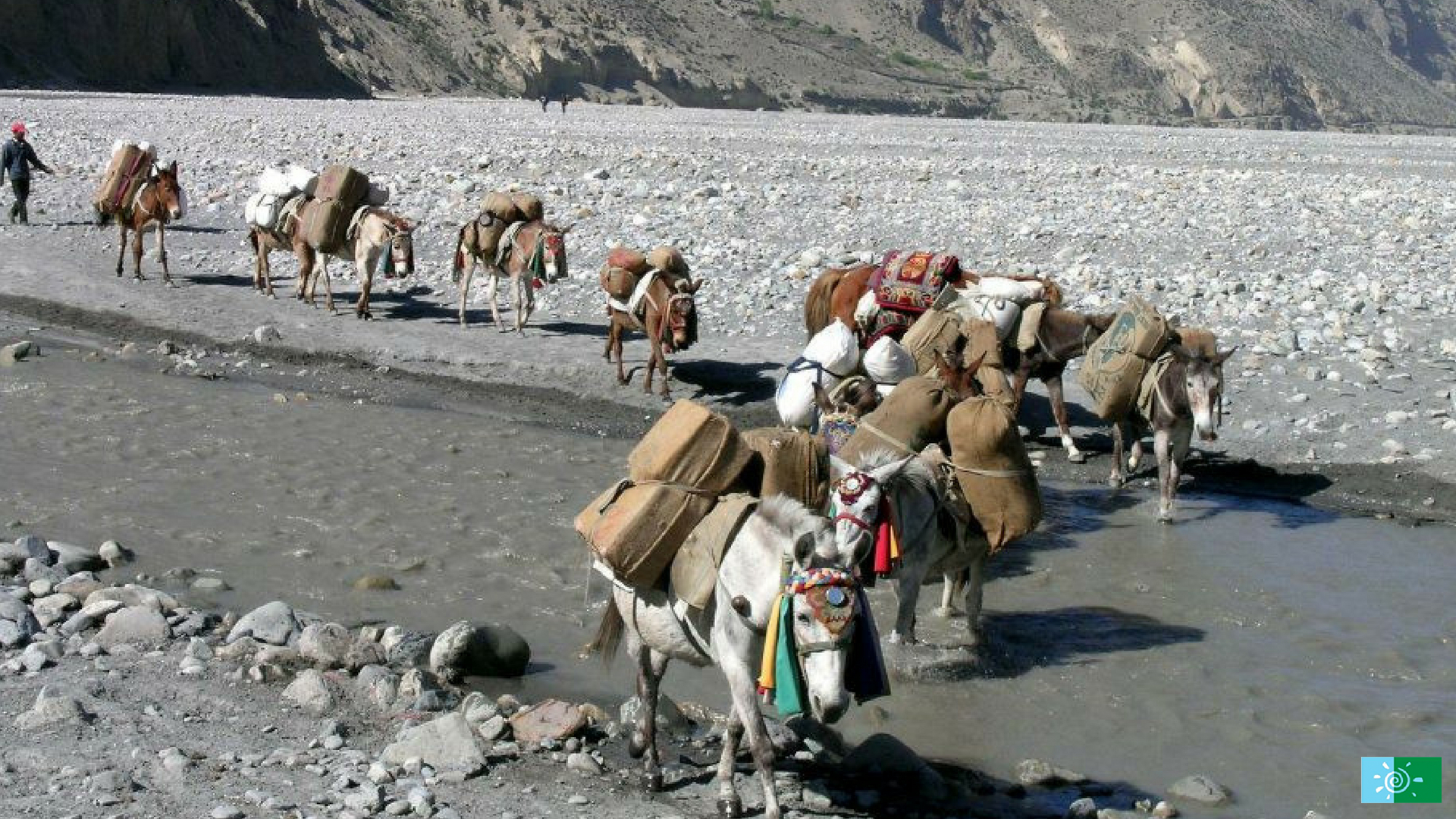 The trip to Upper Mustang opens you to the vast windswept area at barren highland of the world with amazing scenery of naked hills and snow-capped mountains including Dhaulagiri, Nilgiri, and Annapurna mountain ranges.

The Upper Mustang trip provides you with real-life experience of a Himalayan desert, the beauty of a strange and uneven landscape, the soothing melody of crashing winds and the spectacular view of dead hills.

Nepal Sanctuary Trek is here to guide you through this arid mountainous beauty, diverse landscape and beautiful monasteries prevalent in Upper Mustang Trekking route in Nepal.

Upper Mustang was forbidden for foreigners to enter until 1992, thus named The Last Forbidden Kingdom. This is a pristine civilization and recently opened for foreigners to explore the evolution of culture and traditions and daily lifestyle of people of this remote location.

The landscape of Mustang bears similarity to that of Tibet. The land is dry with little greenery except on oasis near villages. Located north of Dhaulagiri, Tukche, and Tilitso Mountain, Mustang does not experience frequent rainfall which led the landscape to be dry, reddish brown and windy, almost like a desert.

Upper Mustang lies in the Himalayan Rain shadow thus it is suitable for trekking even during monsoon season. Monsoon in Nepal is during June, July, and August. During this time, the Upper Kali Gandaki valley remains dry enough with little or no rainfall, conditions ideal for trekking. Trekking Mustang in winter should be avoided as the weather becomes harsh, frequent snowfall and raging wind becomes common this time of the year and traveling in these conditions becomes impossible.

One of the highlights of this trek is the visit of Lo Manthang, the capital of Mustang. Lo Manthang in traditional language means the Land of Medicine. This settlement is inside a stone wall that covers the entire village. Lo Manthang is famous for monasteries which also includes the oldest monastery in the world, the Loghyakar Monastery also known as Ghar Gomba.

Mustang was separate kingdom until 1950 and had a separate king. The last King, Jigme Dorje Palbar Bista’s home still stands in Lo Manthang. He passed away during the course of treatment on December 2016 at Kathmandu following severe geriatric disorders with hypertension and uric acid.

The Upper Mustang region is famous for the sheer amount of caves, both natural and man-made. The gusty winds in this area cut rocks and hills forming many natural caves and gorges. Unlike these natural caves, there are more than 100,000 man-made caves all over Mustang. Some caves have carvings from ancient times, some have an inscription in the walls of their culture and traditions and some have stone objects and structures inside which are worshipped by the local people.

How difficult is Upper Mustang Trek

The trek is of moderate difficulty and is also compatible with children. The trekking route comprises rough dry terrain and cold speedy winds. One might face difficulty with altitude sickness and exhaustion during long hours of trek. The maximum altitude reached during the trip is around 3800 meters.

The trek route is well marked with daily ascent and descent. The trail is the same trail used for salt by people in the past. The trail avoids any motor roads and crosses through several passes each day.

To enter the Upper Mustang from Kagbeni, every non-Nepali citizens require an entry permit. The permit is called Restricted Area Permit (RAP) and costs $500 per person for 10 days and additional $50 for each additional day. The RAP cannot be obtained individually and must be obtained through a registered trekking company in Nepal.

The trip starts at Kathmandu with your arrival where we will pick you up and take to your hotel in a private tourist vehicle. The following day highlights with a visit to world heritage sites like Durbar Squares, Pashupatinath, Swayambhunath and Bouddhanath shrine which is one of the largest stupas in the world.

You can visit the valley to explore other interesting spots and do necessary equipment shopping for the trek after the briefing provided by us.

The trip takes you to the tourist destination Pokhara where you can visit the beautiful city and explore sites like Phewa Lake, Begnas Lake, and Davis Falls.

The trip continues to Jomsom from where the trekking portion begins. We take a short trek to reach Kagbeni and stay the night. The day will include a visit to Kagbeni monastery. The next day sees us enter Upper Mustang region along Kali Gandaki River. The trail is uneven and passes through numerous hills ascending to Tangbe village with narrow beautiful alleys. The trek continues to Chuhusang, then past the river, trek along a ridge to reach Chele village.

Another insightful day will be the trek to Syanbochen. The trek onwards will be longer and more strenuous. The trail to Syanboche will include spectacular views of Tilicho Peak, Yakawa Kang, and Damodar Danda and reach to the altitude of 3,475 meters. 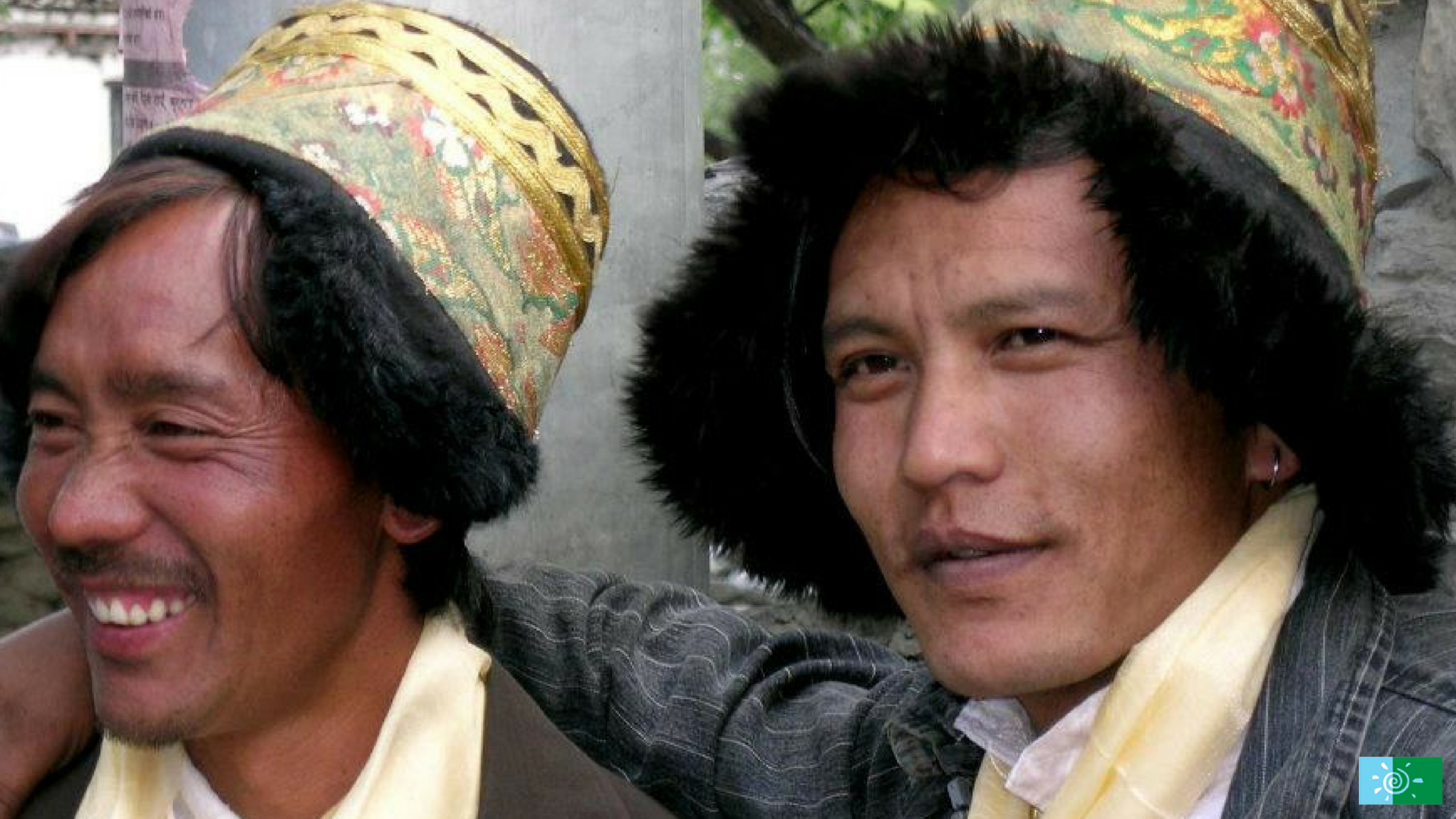 The trail will lead to our major destination Lo Manthang, the walled village. The trek includes views of Nilgiri, Tilicho, and Annarpurna1. We also visit Lo Manthang palace, the home of the last King of Mustang. We also visit Thubchen Gumpa and other important monasteries near the village and also explore man-made caves in the capital.

Another highlight of the trip will be the trip to Drakmar to see the Red Cliff. The trail east of Lo Manthang takes us to Dramkar where the hill lights up bright red during morning and evening sun.

In the entire trip, you can witness the ancient culture and traditions of Upper Mustang that links to the Tibetan tradition. The trip encompasses the first-hand experience with a secluded location of the world and interacting with local people and nun who have survived through centuries in this windy hills.

The return trip follows a separate path through Chhuksang valley where we again view Dhaulagiri and Nilgiri and explore Tibetan village and lifestyle through-out the way. The trail passes through dry plateau and fields. The trek will be challenging during descending due to the strong winds.

The next few days will be spent in Pokhara and Kathmandu, resting and accommodating to the city vibes. In your leisure time, you can explore the city for recreational activities, sight-seeing and so on. Upon completion of the duration of the trip, you will be escorted to the International airport for your departure.