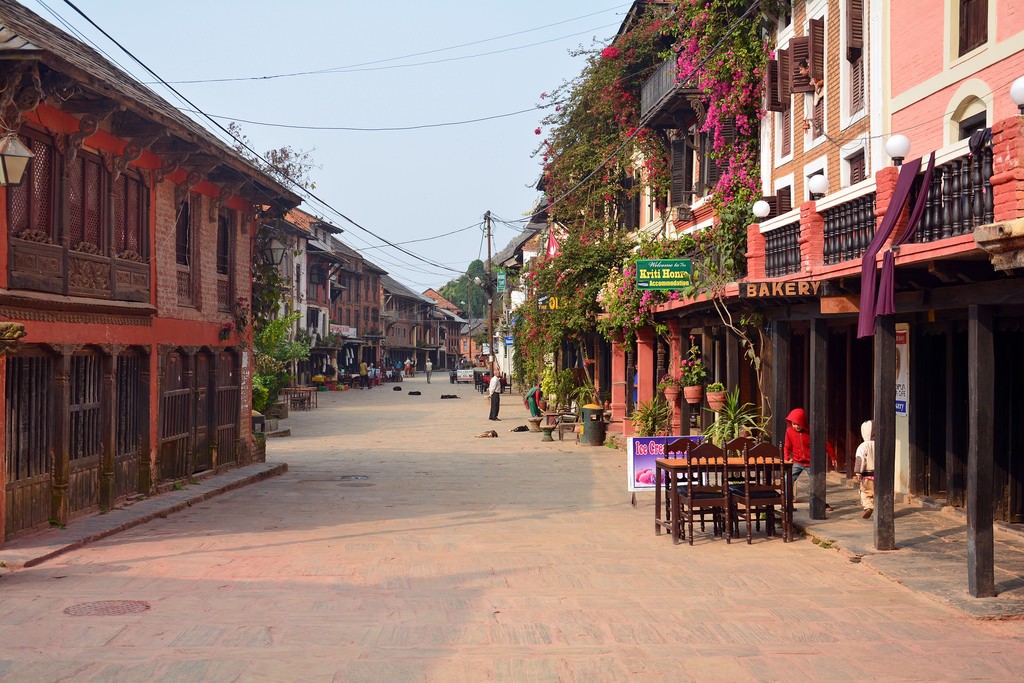 Bandipur Nepal: An amazing mixture of Nature and Culture

Bandipur, a beautiful town situated at the foothills of Himalayas and on a top of a hill. Bandipur is famous for its natural beauty and the warm hospitality. Bandipur is one of the most beautiful towns of Nepal not only being naturally beautiful but also for preserving its unique history and culture over time. Bandipur can also be called as a natural view tower since it lies on the top of the hill and offers a spectacular view of the Annapurna Range along with the Dhaulagiri, Manaslu and Lang tang. Mixed with the spectacular natural beauty, Bandipur also offers an experience of an old aged Newari culture to the visitors.

Bandipur was originally inhabited by the Magars until the Newars from Bhaktapur settled during the early nineteenth century. The Newars developed the place as a stop on India-Tibet trade route. Along with developing trade in Bandipur, the Newars also introduced their culture and unique architecture.

Bandipur enjoyed its good days during the Rana times. The power of the place is reflected by the library which still exists in Bandipur constructed under the special permission received from the Ranas. But during 1970s, the trade in Bandipur declined due to the eradication of malaria in Terai resulting to migration and with the construction of Kathmandu-Pokhara Highway. The district headquarters of Tanahu was moved to Damauli leaving Bandipur isolated in the mountains.

After Prithvi Narayan Shah defeated Kathmandu Valley, the Newar merchants chose Bandipur as a trade route between northern hills and southern flatland. The merchants built their houses in such a way that the houses reflect their style, architecture and culture. Thus, the houses consist pagoda styled roofs, lattice windows and ornate doorways. 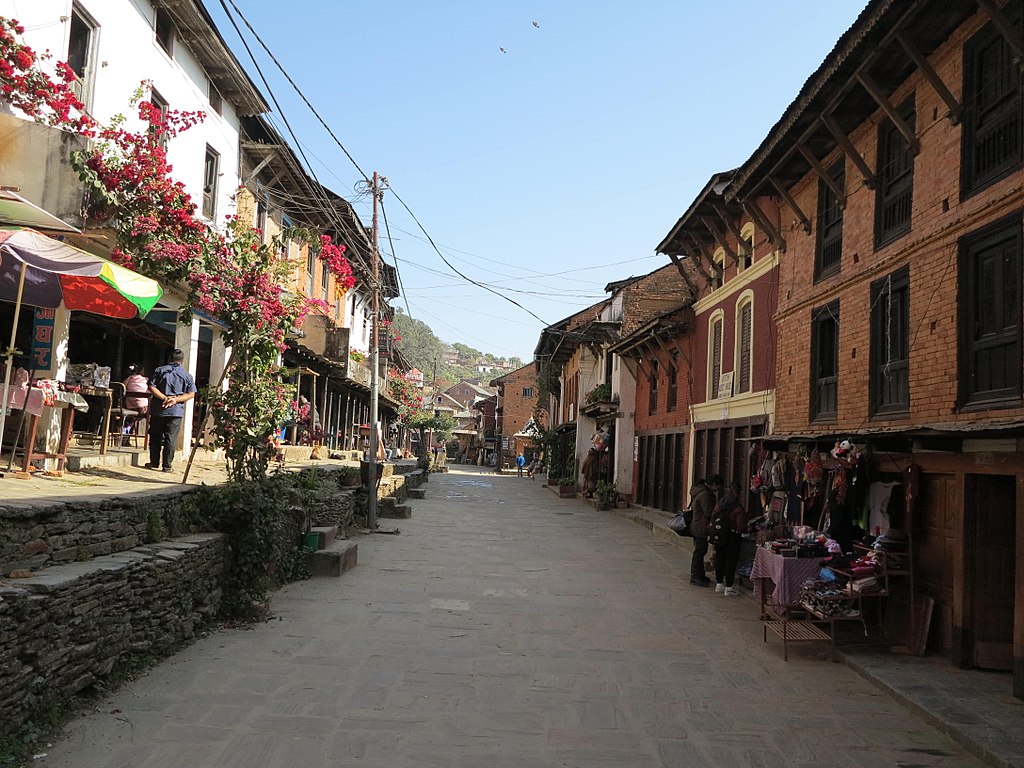 Kathmandu to Bandipur: Distance and Route

The distance between Kathmandu and Bandipur is almost 143 kilometers. You can get buses from Kantipath/Jamal whichdepart for Pokhara. Buses leave every day between 6 and 7 in the morning. The buses are comfortable and facilitated with air conditioning, free Wi-Fi. Or, you can also get one of the microbuses that leave from near the new bus park in Gongabu. The buses and microbuses will leave you up to Dumre (Kathmandu-Pokhara Highway), which is a connecting place to reach Bandipur. Bandipur is almost 8 km from Dumre Bazaar. From Bandipur, you need to catch a local bus to reach Bandipur.

The spring (March to May) is the time of maximum tourist flow in Bandipur. The humidity and the temperature together make the environment warm where average temperature ranges from 21.7°C to 32.5C. The atmosphere in summer (June to August) is also a popular time to visit Bandipur. The cost of staying in the hotels might rise due to the frequent tourist visit. Bandipur experiences snowfall during the November. The flow of the tourists is lowered during the winter. A trip to Bandipur is a wonder experience of the mixture of nature and culture at a place. So, if you are making a plan to visit Bandipur, make it for either spring or summer. The winter also offers a beautiful mountain views however, the atmosphere is cold during winter.

Where to visit in Bandipur

Khadga Devi Temple is one of the historic places in Bandipur especially for the Shrestha of Newar community. The Shrestha regard the Khadga Devi Temple as the mother temple. The temple looks like a private house from the exterior and preserves a sword of the 16th century king of Palpa, Mukunda Sen. It is believed that the sword was gifted to the king  by Lord Shiva. The temple demonstrates woman power where Khadga Devi means the goddess of sword.

The temple is located at high altitude and thus provides a fantastic view of mountains and the beautiful Bandipur village. The temple opens only on the day of Fulpati (the seventh day) of Dashain festival.

The Siddha Cave is the largest cave of Nepal. The cave is 50 meters high and 437 meters deep. The Siddha Cave is popular among the visitors as a hiking route. Hiking to Siddha Cave from Bimalnagar on Prithvi Highway is a good option for hiking. There are signs from the north end of the village towards the cave which makes the trek route easier to follow.

The interior of the cave consists of stalactites and the bats that make the noise which add thriller to the environment inside the cave. You can also see a Shiva Linga, a structure of Lord Ganesh face and a swimming pool. Be careful because the path may be slippery and do remember to carry a torch light with you. 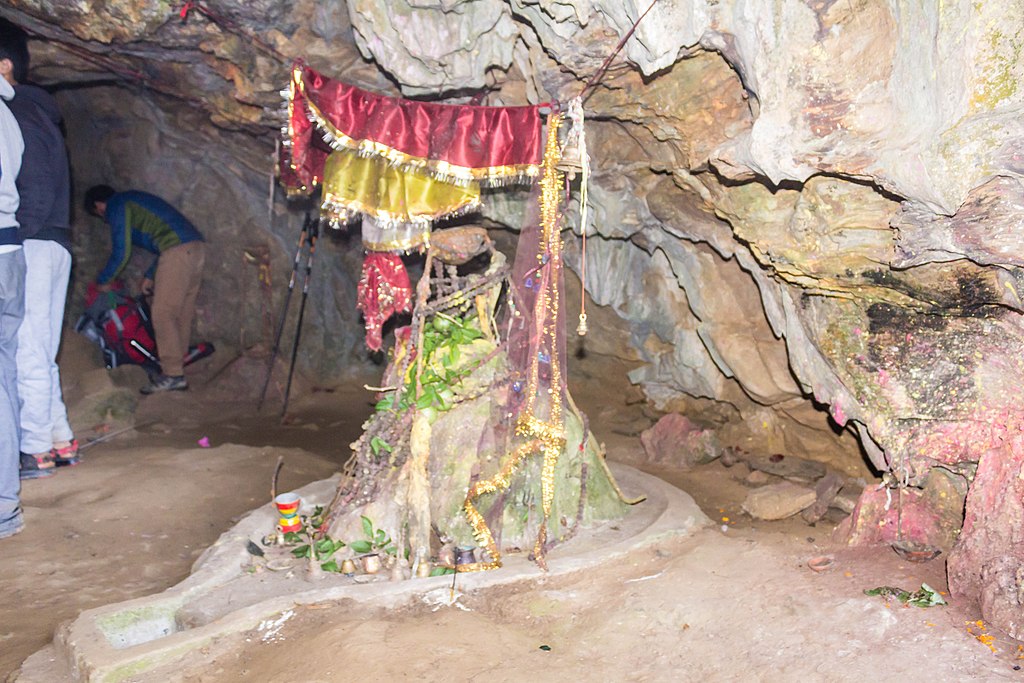 The Padma Library is at the centre of the Bandipur Bazaar. The library is important because it was built by the special permission from the Ranas, thus reflecting the power of Bandipur during the Rana time. Being small, the library is famous for its architecture and design. The library contains books from the time of Rana administration and thus is also preserving the historical sources of the village.

The Bindabasini Temple stands on the northern part of the Bandipur Bazaar. The temple is built in pagoda style and consists of the picture of Bindabasini goddess along with the idols of the other goddess. The walls of the temple are carved in a beautiful way. The people keep the picture of the goddess Bindabasini in a chariot and pull the chariot during the celebration of New Year.

Thani Mai is again another religious place in Bandipur. The temple is located in the top of the hill and offers the visitors with breathtaking view of the mountains and the village downhill. Despite of being a religious village, the Thani Mai Temple is famous for a spot for spectacular sunrise. The visitors prefer a short early morning hike to the temple to view the sunrise. The hike is less than an hour from Bandipur.

There is a large ground on the north of the Bandipur Bazaar named as Tundikhel. Previously, Tundikhel was a spot for the traders to gather around and bargain for the goods from Tibet and India. The Gurkha soldiers also used the Tundikhel as a parade ground.

A visit around the Silkworm farm is a new thing to experience in Bandipur. There is a silk production factory that demonstrates the detailed process of manufacturing of silk from the silkworm. There is a large farm full of the mulberry plants which are grown as the food for the silkworm. Generally, the people rare the worm indoors, mainly during August to December and March to May but you can visit anytime as this place warmly welcomes you the whole year.

The Mahalaxmi Temple is located at the southeast side of the principle Bandipur Bazaar. The temple dates back to the medieval period and was built in pagoda style. The temple reflects the unique artworks of Bhimsen and various animals. The original status of the temple had been stolen and now there is a new statue in the temple.

Towards the west of the Bandipur Bazaar, there lies Chantithan, another site located in Bandipur. Before the planting season arrives, the locals put 12 eggs inside and cover them with straw and block. During the event, if the eggs remain firm that symbolizes that the villagers will have a decent harvest in the upcoming year.

Apart from these places to visit, you can also try the local food to add more taste to your trip. The Newari set will make your mouth water in just one view. The set offers variety of beans, beaten rice and buff meat. Samya Baji, Choila (roasted buff meat), Kachila (raw marinated buff meat) and Tho (rice beer) will be new taste to you during your visit that you should not miss. 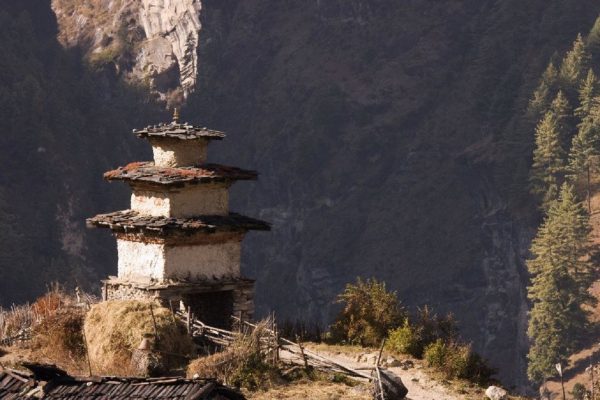 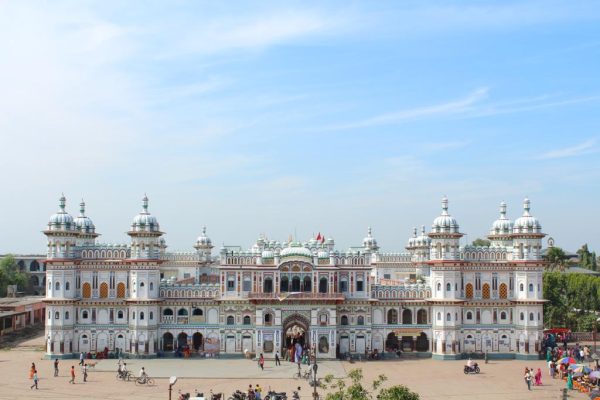 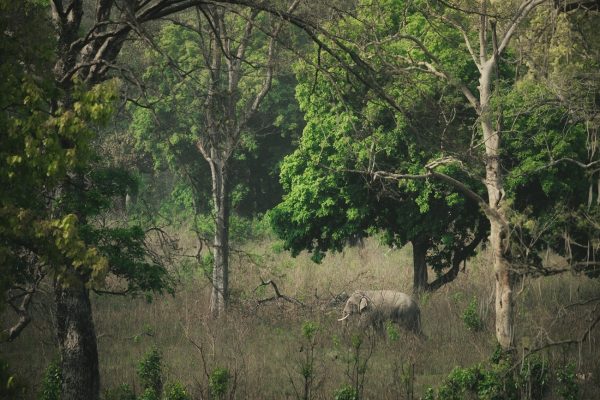