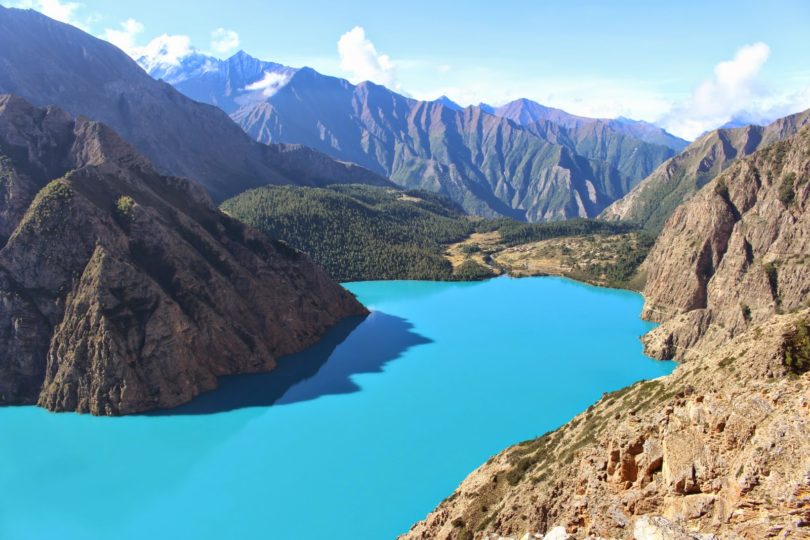 Nepal is the attraction of millions of tourists. There are plenty of things in Nepal which are almost irresistible for an adventure and nature lover. The Himalayas has been the main highlight of Nepal to the rest of the world. However, Nepal has a long list of other things excluding all the glorious mountains.

Being such a small country, the diversity in the geography of Nepal is something. Nepal is divided into three geographical regions; Himalayan, Hilly and Terai region. All three regions have distinctive features to offer. Himalayan region is situated in the Great Himalayan Range and is filled with snows. Hilly region is a mountain region, but it doesn’t really contain snow. And, Terai region is a lowland region with hills, but it generally has plain lands. Also, Nepal has a huge cultural diversity, where people follow their customs and culture and speak their ethnic language. There are several cultural heritage in Nepal and temples or religious monuments in all the areas. The religious belief in Nepal is so incredible that stone is worshipped as a god too. There is a strong religious belief in Nepal that the faith is represented in many things.

Lakes and rivers are not only the source of water and the art of nature to admire, but they are also our faith, and they are worshipped as a god. The water of such sources is considered holy. Among many such lakes and river, Shey Phoksundo is also one of them. Now, your trek to Shey Phoksundo Lake won’t be limited to the lake only; you will also get to discover and explore the different variety of flora and fauna in the Shey Phoksundo National Park. As the lake itself lies in the area of the park, you will enjoy the magnificent views along with discovering the wilderness in the park.

You will also find a traditional village of Dolpo called as Ringmo in the southern end. The village lies on the 30,000 to 40,000-year-old landslide dam that formed the lake. While you pass the dam, you will see the waterfall of over 167 meters/548 ft tall. 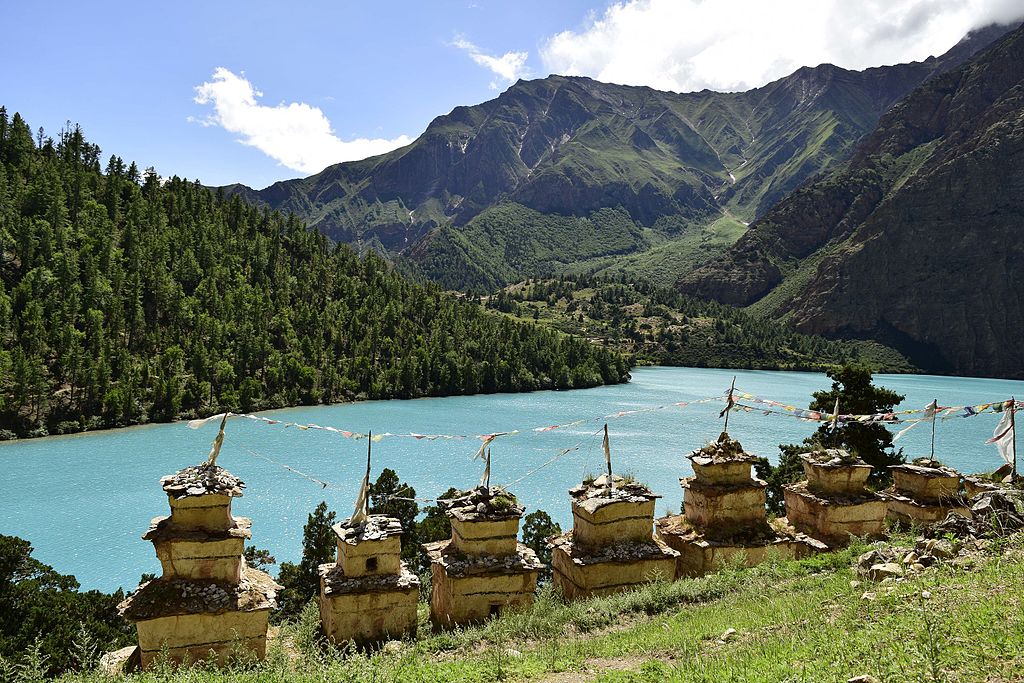 What is the religious importance of Shey Phoksundo Lake?

Yearly hundreds of pilgrims visit this sacred lake to take a bath in the holy water of this lake. The religion of Dolpa is divided into two parts, in the upper Dolpa, one can find the privilege of traditional Tibetan culture, and in lower Dolpa, there are Buddhism and Bon including the Ringmo Village.

How to reach Shey Phoksundo Lake?

Shey Phoksundo Lake is one of the best trek destinations you can go for in Nepal. Your journey to Shey Phoksundo Lake begins with your arrival in Kathmandu. From Kathmandu, you will have to take another flight of 55 minutes to arrive at Nepalgunj. You can choose to stay and have a rest at Nepalgunj. Then after Nepalgunj, you have to fly to Jufal, which takes around 40 minutes. Jufal is the starting point of your real trek towards Shey Phoksundo.

Your trekking from Jufal takes you with many descends and ascends delightful and dense forest. You will walk along the bank of Bheri River and reach Dunai, after about 4 hours of walk.

From Dunai, you will continue your trek, crossing the suspension bridge over the Bheri River and continue to walk towards Suligad. You will find the upriver trail is mostly through the shrubs. Crossing the wood bridge at Kagbeni, you will continue to walk uphill. The narrow trails of the trek will lead you to the wide riverside of B’onpos from the village Ringmo. Then you will walk the uphill, through the beautiful forest of oak, maple, and pines and a quick mild descend to the wood crossing. Now, you will arrive at Chepka crossing a small rivulet at Shyangta. 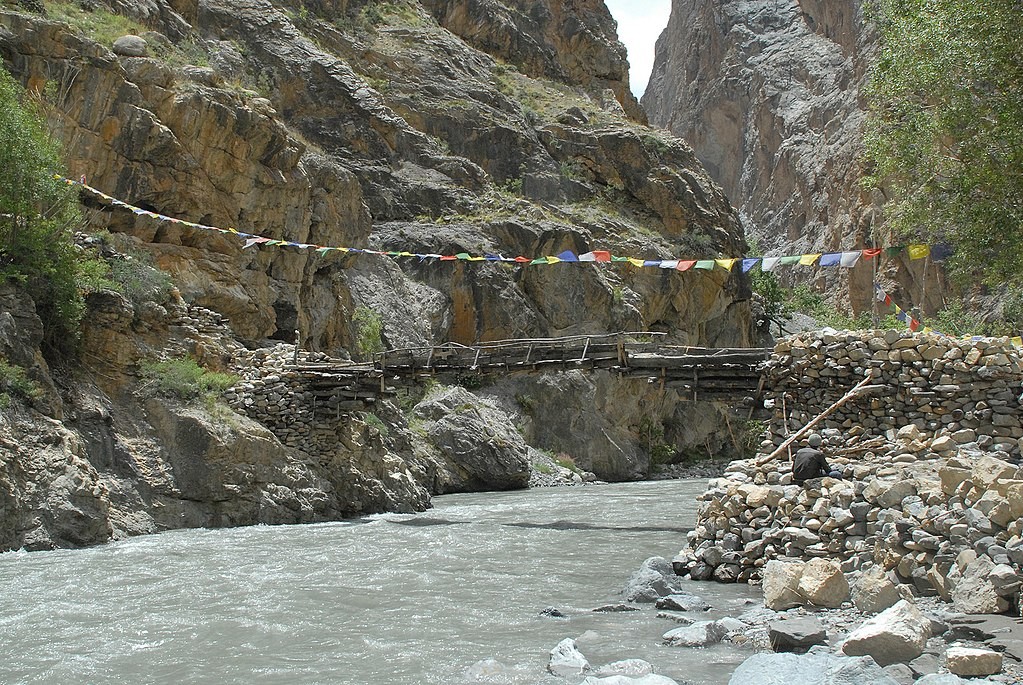 From Chepka, you will head to Sunduwa. Now, this journey might be a bit of a challenge. For the first few hours from Chepka, you will pass through the giant trees of oaks, maple, pine, walnut, and birch. As your journey goes, you will have to pass some major uphill and downhill where the gorge runs deep and narrow. Then, you will arrive at Sunduwa.

You will be heading towards Ringmo from Sunduwa. In this trek, you will cross the altitude of 3,000 meters, and the trails on the precipice are steep and narrow with loose soil and rocks. You will also see the change in vegetation with the presence of sparse juniper shrubs and a few cypresses. All your effort will be worth, with the beautiful view of the waterfall. The stunning view of mountains, terraced farms of Sunduwa and Reike will reward for the ultimate effort.

Ringmo is a traditional village with mostly Tibetan ethnicity, who are of Bonpo faith. The people of this village is engaged in the tourism, trade and yak herding. The village is at an elevation of 3,660 meters/12,000 meters and lies on the landslide dam that formed Shey Phoksundo Lake. You will also find an old Bon monastery in Ringmo, where a small museum lies too.

Your arrival at Shey Phoksundo will take with a total “awe”. The lake is surrounded by glaciers and has the most magnificent turquoise color. You will relish beautiful views all around you, which are breathtaking. The water of the lake also plunges the beautiful and forceful waterfall halfway through Sunduwa and Ringmo. The stunning crystal clear water of the lake make the thunderous and roaring sound as it lands from above 100 meters in height. Around the waterfall, you will see the dense forest of Pine, Musk Deer, Blue Sheep, and Himalayan Thar.

After all your tour of Shey Phoksundo, you will be on your return journey now. You will move down to Sunduwa from Ringmo and to Chepka in around 5 hours of walk. From Chepka you will be headed to Jufal and Nepalgunj by flight. Then, at last, you will reach Kathmandu and head towards your next journey.

Shey Phoksundo Lake lies in Shey Phoksundo National Park, so while in your trek to the lake, you will also go through the park. Shey Phoksundo National Park is the largest and the only trans-Himalayan national park of Nepal. The park will give you a diversity of spectacular and beautiful landscapes and ranks among the most scenic mountains in the whole world. Most of the part lies in the north of Himalayan crest. The elevation of the park ranges from 2,130 meters in the southeast to 6,883 meters at the summit if Kanjiroba Himal, which is at the southern edge of the Tibetan plateau.

Apart from the beautiful views of the Himalayas, Shey Phoksundo National Park also offers the wide variety of flora and fauna. The flora of this region is very diverse. The northern region of the park consists of barren areas of the upper Himalayas. The trans-Himalayan slope has Caragana Shrubs, Rhododendron, Salix, Juniper, White Himalayan Birch and you will see the occasional silver fir mostly covers the high meadows of the Himalaya. While the valley of Suligad has blue pine, hemlock, cedar, spruce, silver fir, bamboo, poplar, and rhododendron. The park also has 268 species of ethnobotanical importance.

Now, taking our turn to fauna, the park is home to many of the endangered animals which include grey wolf, musk deer, snow leopard, and blue sheep. Other animals that can be found in the park are a jackal, Himalayan black bear, leopard, Himalayan Tahr, goral. Great Tibetan sheep and yellow-throated marten. One can also find six different species of reptiles and 29 species of butterfly. In that 29 species of butterfly, it includes the highest flying butterfly in the world, Paralasa nepalaica. There are also over 200 species of bird in the park; some are a white-throated tit, wood accentor, Tibetan partridge and crimson-eared rosefinch. 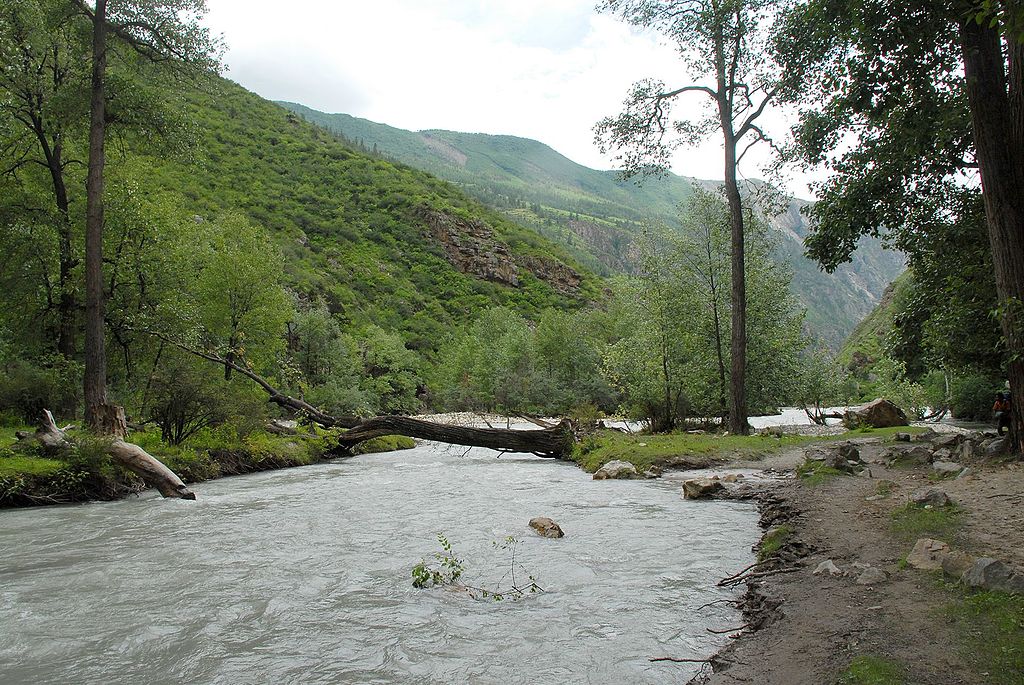 As per the trekkers, Spring is the best season to choose for trekking in Shey Phuksundo. Apart from the best climates, this season also offers some best sightseeing of beautiful and colorful rhododendrons blossoming. During this season, the temperature is moderate, and the weather is perfect. You will get to witness the mesmerizing view of Dhaulagiri and other mountains.

It is the rainy season of Nepal. The season starts with scorching sun and gradually monsoon takes over. With the arrival of monsoon, heavy rainfall comes making it very difficult for going on trekking. The path becomes muddy and slippery making it more challenging and unfavorable to trek. So, trekking during this season of Nepal isn’t very wise.

Autumn is another best season for trekking. In Autumn, the temperature is moderate, the weather is nice and days are usually clear which gives you an opportunity of look at the excellent mountain view and the delightful forest of pine, rhododendrons and other floras.