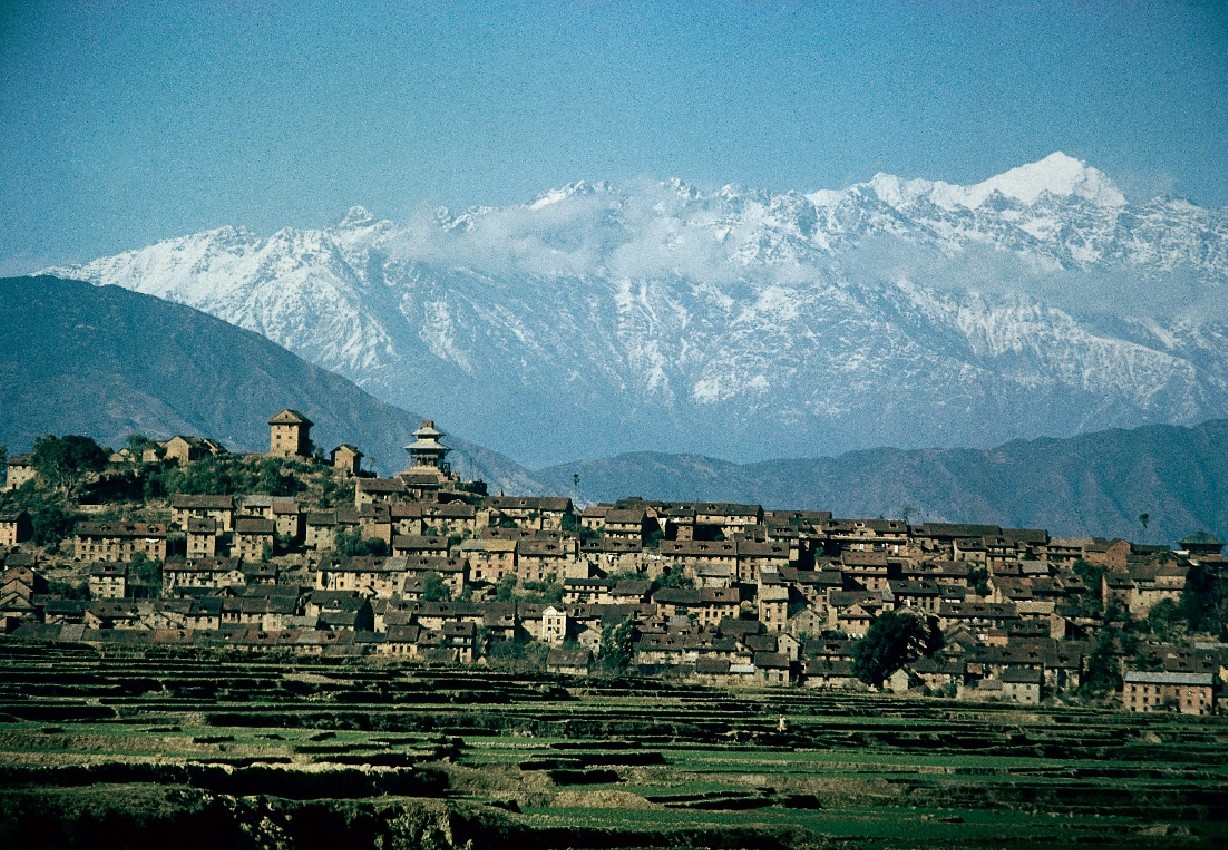 Inside the Kathmandu valley, about 5 kilometers south-west of the Kathmandu city, is the ancient city of Nepal; Kirtipur. Geographically, Kirtipur lies between longitude 27° 38″ 30′ and 27° 41″ 30′ E and latitude 85° 13″ and 85° 19″ N. The altitude ranges from 1284m to 1524m above sea level. The city gained its name from Sanskrit where ‘Kirti’ means Glory and ‘Pur’ means City. Thus, the name of the city means the city of Glory.

Kirtipur is one of the oldest cities of Nepal and is originally dominated by the Newars. For someone who has only got time to visit Kathmandu, Kritipur is what fits in your list. A short trip, away from the crowd, no entrance fee and you got to know about a classic Newari village that very few people know about. 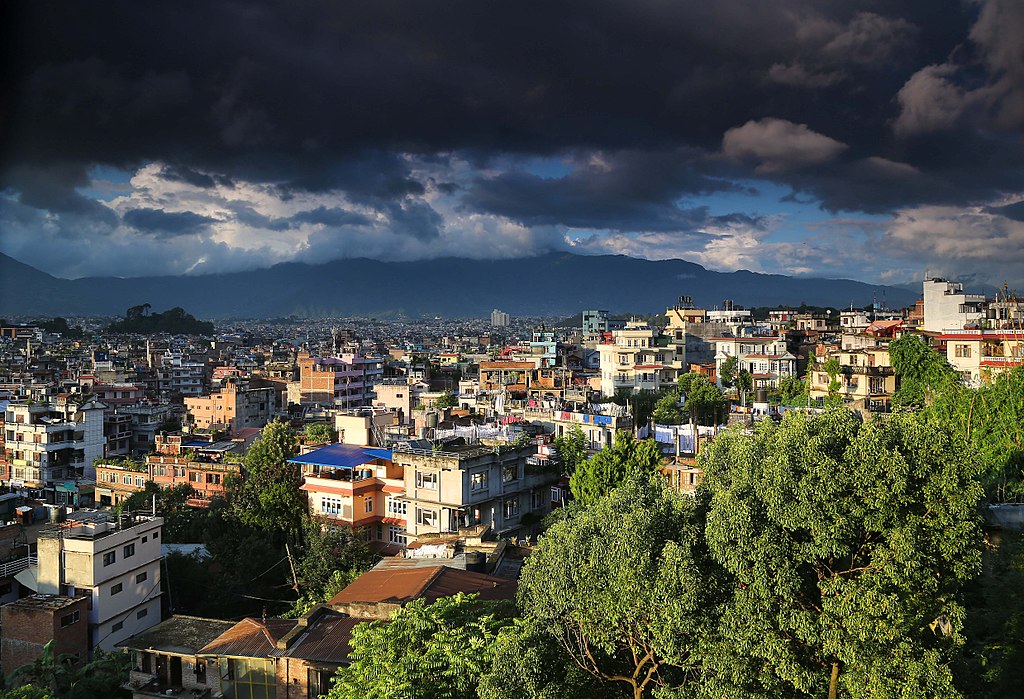 Kirtipur is known as the city of fierceness. The history of Kirtipur dates back to 1099 AD when it was a part of Lalitpur. Kirtipur was rich in culture, trade, industry and agriculture and this attracted the great King Prithvi Narayan Shah. In 1767, King Prithvi Narayan Shah conquered Kirtipur and made it a part of his kingdom. However, the victory over Kirtipur was not an easy task to accomplish. The King only succeeded to conquer the city in the third attempt. The Kirtipur defeated the Gorkhali troops in the first two attempts. Gorkha lost the commander Kalu Pandey in the first attack and in the second attempt, Surpratap was blinded by an arrow. Finally in the third attempt, Kirtipur was defeated.

According to the story of the local people, there was once a Newar woman named Kirti Laxmi in Kirtipur. She fought the invaders as a man named Bhairab Singh. She bravely fought against the Gorkhali in the appearance of a man. Even after the Gorkhali captured the town, Kirti Laxmi fought continuously armed with a bow and arrows. She was an example for the people for her bravery and inspired them to never give up. She is also taken as an avatar of Goddess Ajima (goddess of Newars) and believed that she saved the town. Later, Kirto Laxmi took her own life after she was captured. The name of the city Kirtipur came from the brave woman Kirti Laxmi.

Kirtipur is a city of bravery and is a place of peaceful mass demonstration of people in 2006 for the collapse of the king’s power. The city is also known as anti-monarchy city because of the bitter history with the Shah dynasty.

Kirtipur is only 45 minutes drive away from Kathmandu city. Biking is also a good option to reach Kirtipur from Kathmandu since it is not a very long route and is loaded with fun.

Best Hiking Experience of the Forest Bathing, View of Countryside and Incredible Mountains

Places to visit in Kirtipur

The historical city of Nepal, Kirtipur carries its own history and has many places to visit around. Here are some of the destinations in Kirtipur:

The Bagh Bhairab Temple is one of the oldest shrines in Kirtipur. The Bagh Bhairab is also called the Guardian deity and the people call it Ajudeu which means the grandfather of the gods. The statue inside the temple is made of clay and wears a large silver mask. The Bhairab is considered as the fiercest form of Lord Shiva and is propitiated in various ceremonies like rice-feeding, marriage, etc.

The Munsi Newars mostly worship the Bagh Bhairab. The temple in Kirtipur is three-storied and most probably built in the 16th century. The temple is surrounded by a courtyard with small shrines and stone idols. The temple has three gates. One of the roofs of the temple is coated with gilt copper while other two are made of wood. The wooden pillars support the roofs which are carved with different Hindu gods and goddess.

The Bagh Bhairab deity is a symbol of knowledge, productivity and strength to the local people in Kirtipur. 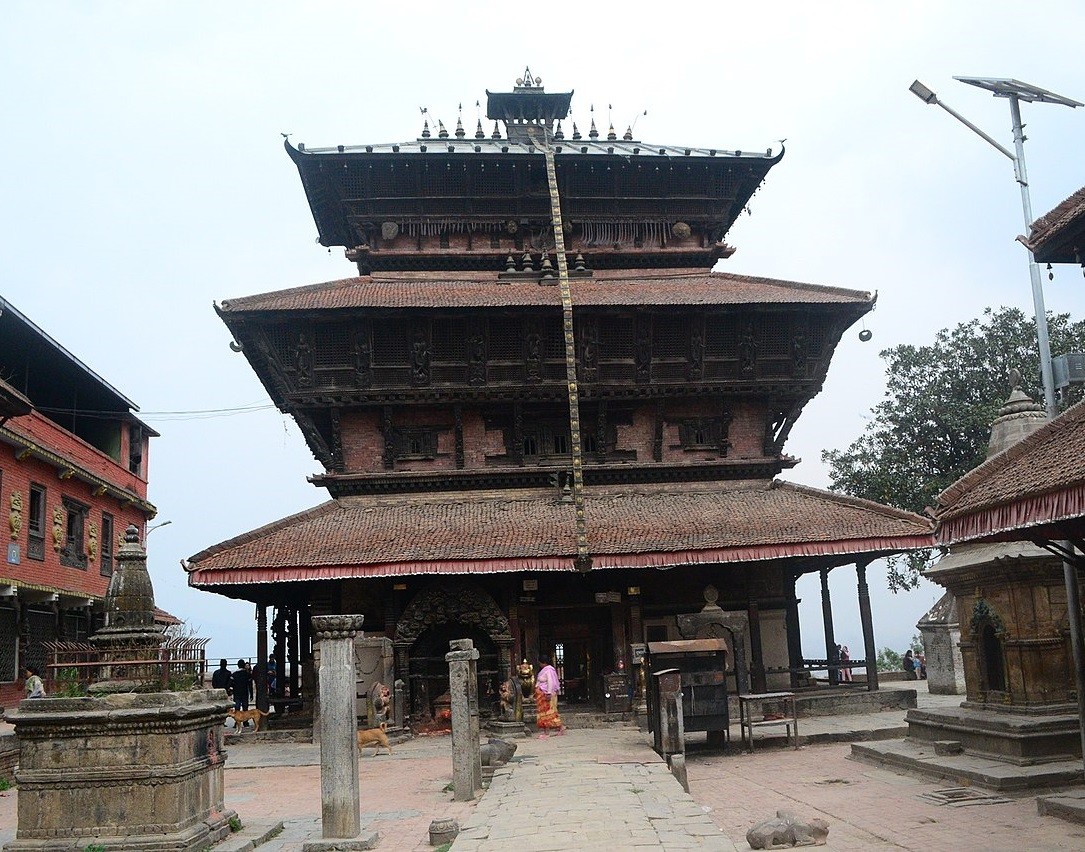 Chilancho Stupa is a Buddhist shrine located in on the south of Kirtipur. The stupa was made during the medieval period.  The stupa lies on a stepped platform and is surrounded by other four small stupas. All these five stupas are decorated with the Dhyani Buddhas statue. There is also an inscription of Nepal Sambat 635 in the stupa. 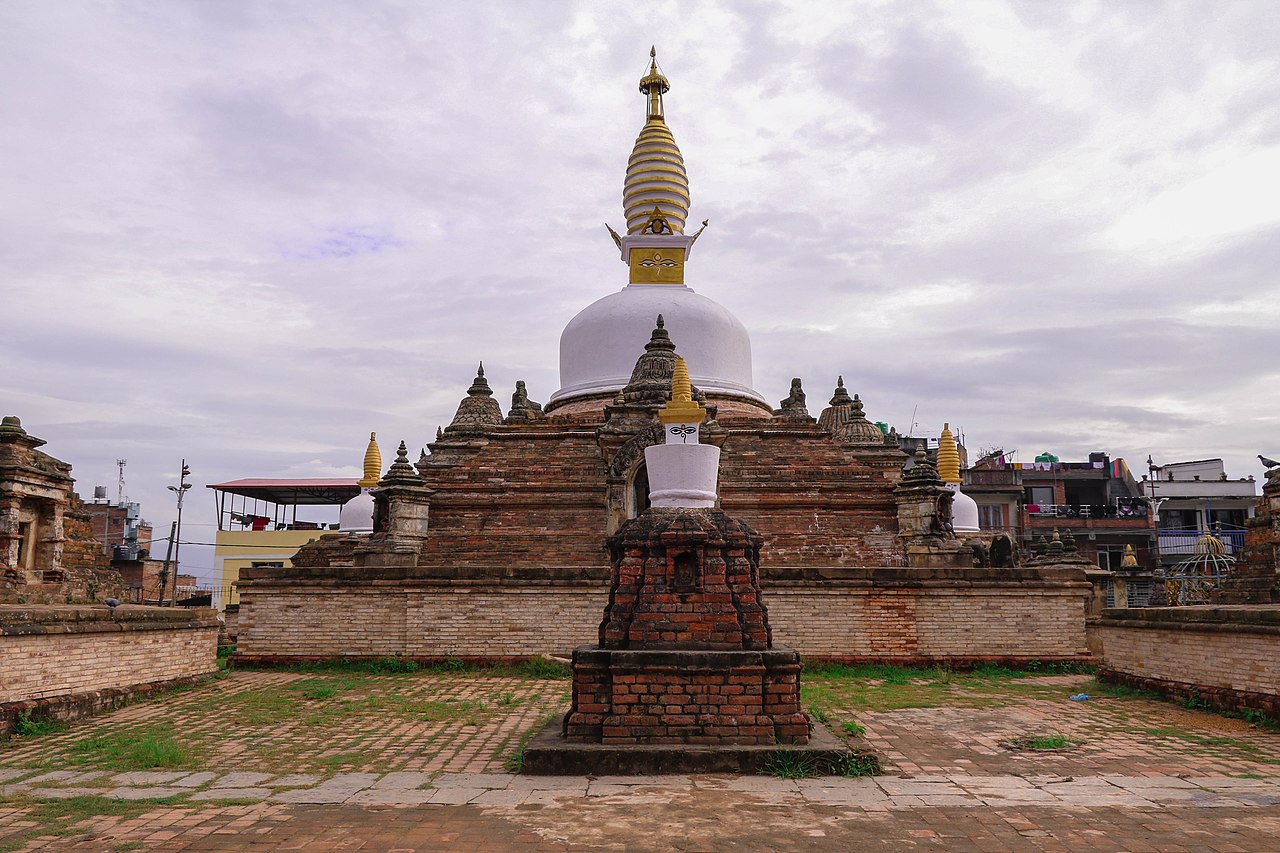 The Dev Pukku is also a pond. Dev Pukku is an old royal place and is one of the most charming places in Kathmandu. This is the pond which is the major water source of Kirtipur. The area is surrounded all around by local accommodation in recent days but it is still very charming to see the place during the summer when the local Newars are popping out from their Newari style windows.

The Taudaha Lake is a peaceful and a beautiful place to relax. The Taudaha Lake has a religious importance for the local people in Kirtipur. The lake is believed to have formed after Manjushree cut the Chovar gorge with his sword. According to the stories, the lake accommodated the large snakes like Karkotak, the king of Nags (serpent). There are numerous devotees in the periphery of the pond during the day of Nag Panchami and pray the serpent-king. The lake is famous for bird watching. Many bird lovers go to the sites with binoculars and cambers. You can also enjoy beautiful sun rise from Taudaha Lake. There are numerous large fishes in the lake. However, fishing, boating and swimming are not allowed in the pond. 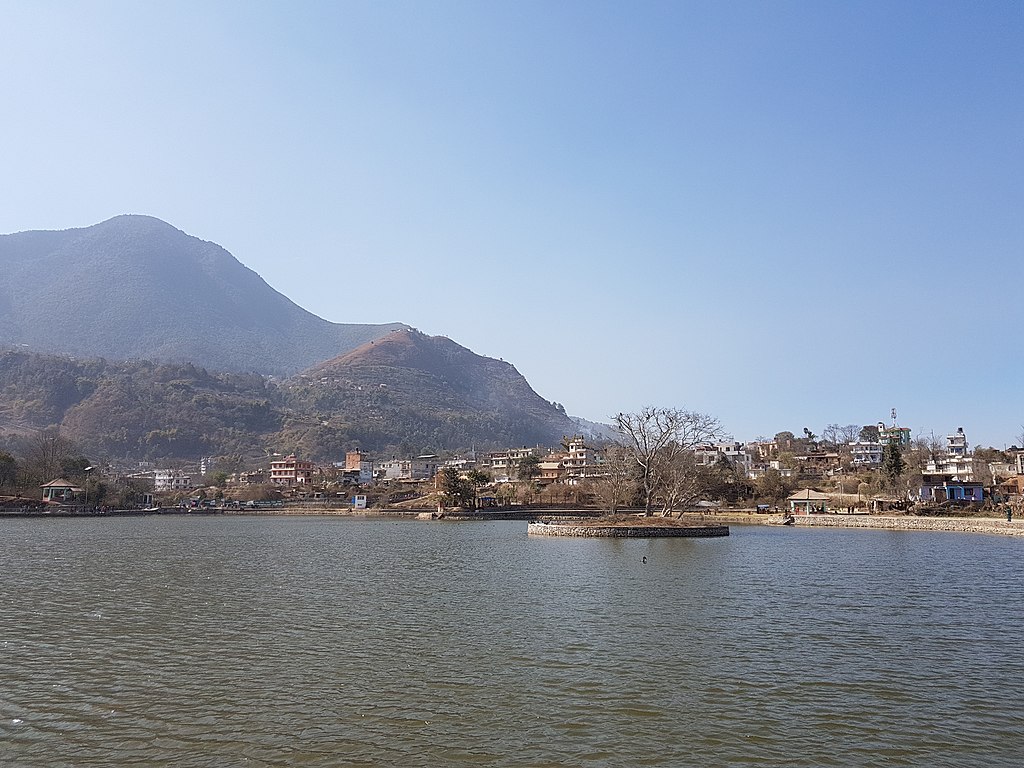 The Uma Maheshwar Temple is a three-storied pagoda style temple built in 1655 A.D. Lord Shiva and Parvati are the main deity in this temple with the images of other like Saraswati and Mahismardini. The doors, pillars and the beams demonstrate the art work of different gods and goddess. The locals call the temple Kwacho Dege and are one of the most important sites in Kirtipur. The temple lies on the top of the hill thus offers a beautiful view of the Kathmandu valley, several mountains like Langtang, Dorge Lakkpa, Chobhu Bhamure, and Gaurisankar. 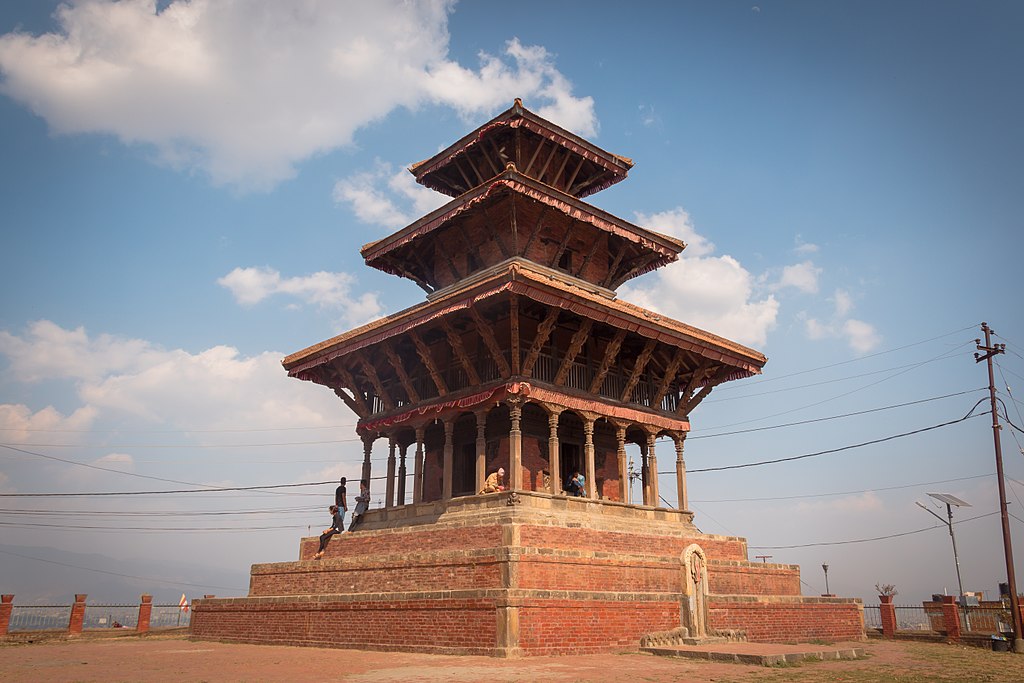 If you are visiting the Newar city like Kirtipur, then the Newari food is something you must try. Newa Lahana is the place which is famous for the Newari foods. You will sit in the floor and served in a traditional style. The kitchen has a bunch of women dressed beautifully in the Newari attire.

They serve variety of the dishes like Baji set (a set with different items- beaten rice, marinated boiled meat, Sekuwa (barbequed meat), Bhutan (fried intestine), Choila (roasted/marinated meat), Chatamari (Newari pizza prepared out of flour) and many more. Someone who are new to the city or the place or the food also do not need to worry because the menu is written in English, Nepali and Newar and consists of the pictures of the dishes which will help the visitors make their orders.

The Champa Devi Hill is a magnificent hill at an elevation of 2,285 meters. The Hill is a famous hiking destination in Kirtipur especially during the New Year. At the top of the hill, there are Buddhist and Hindu shrines. It is one of the best, easy, short and enjoyable hiking destination which will take about 4 hours to reach the top. It will be a wonderful experience to walk between the pine forest in a well developed trial with the superb view of the Langtang, Gaurisankar, Jugal, Dorge Lakpa and many other mountains. 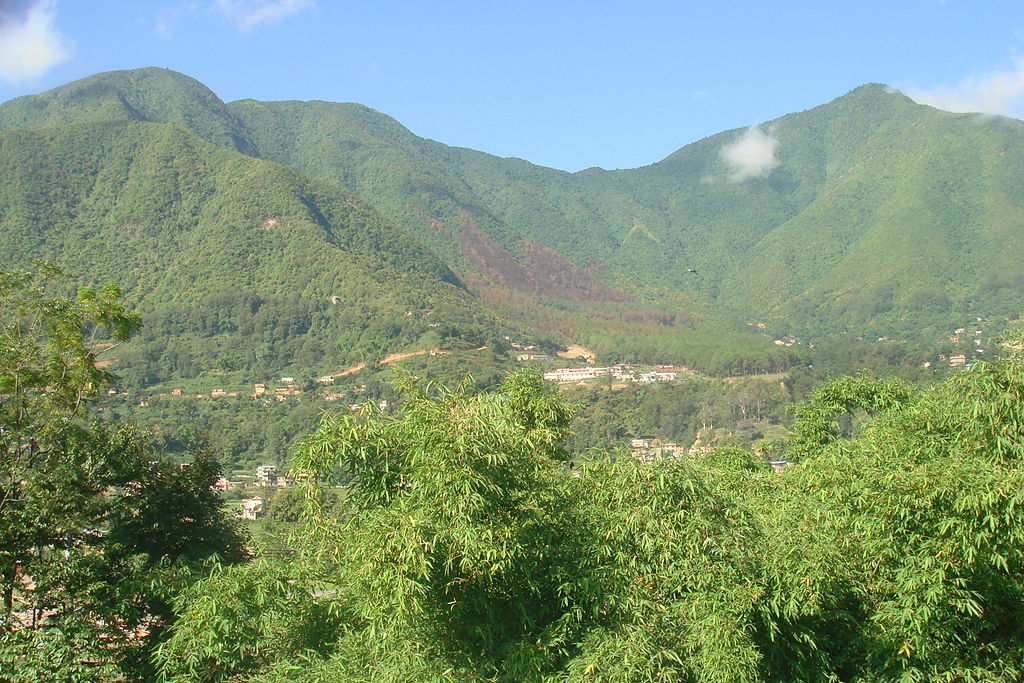 Discover the Countryside with Authentic Traditional House, Local Culture and Visit the Shrines by Hiking with us through Champa Devi Hills

The Shri Kirti Bihar is situated at the bottom of Kirtipur and is the only Thai temple outside Lumbini in Nepal. The monastery is at the entrance of the city. It was built in 1975. The main temple at the bottom is dedicated to the Lord Buddha and to its right, there is a small building which consists of several Buddhist paintings.

Machhegaun is another village at the west of Kirtipur. Newar used to be indigenous inhabitants of the village but it is now a mixture of different other caste and culture. There is a Buddha Statue built in 2011 which has now become a centre of attraction for many tourists every year. Staircase has been developed to reach the statue. The view from the top offers a beautiful view of the Kathmandu valley.

Machhegaun is also famous for the Manabas Mela at the Matsyanarayan Temple every three years during April to May. The locals of the village prepare the “tarons” made of different colorful plastics and decorate the temple. The Mela last for about one month.