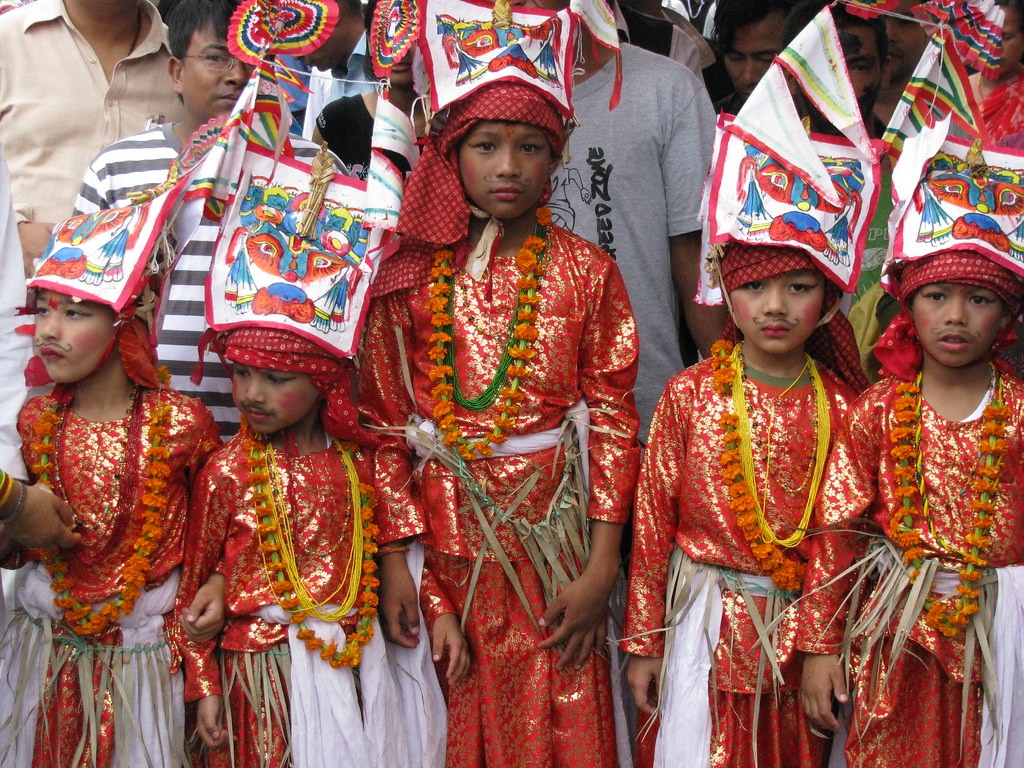 Traveling to Nepal provides you a perfect reason as to why you need a week or two for holiday. Once you land at this charming country, you will want to explore every distinct place Nepal has to offer. The friendly hospitality of the locals will also make you feel just quite at home.

Eager to know another ideal reason to visit this beautiful place? Festivals! Nepal has numerous feasts and festivals that signify a glimpse of the rich Nepalese heritage. The country also is a place affluent with diverse cultures and ethnicity that lets visitors have a fascinating interaction with the locals.

Each month there are numerous Nepalese festivals being observed throughout the country. Festivals are always a pleasant experience and can bring you happiness with glimpses into the country’s heritage and customs. If you are traveling Nepal with family, school or solo then you will get an opportunity to observe and participate in the different unique festivals of Nepal.

Gai Jatra: The Festival of Cow, Satire, and Commemoration 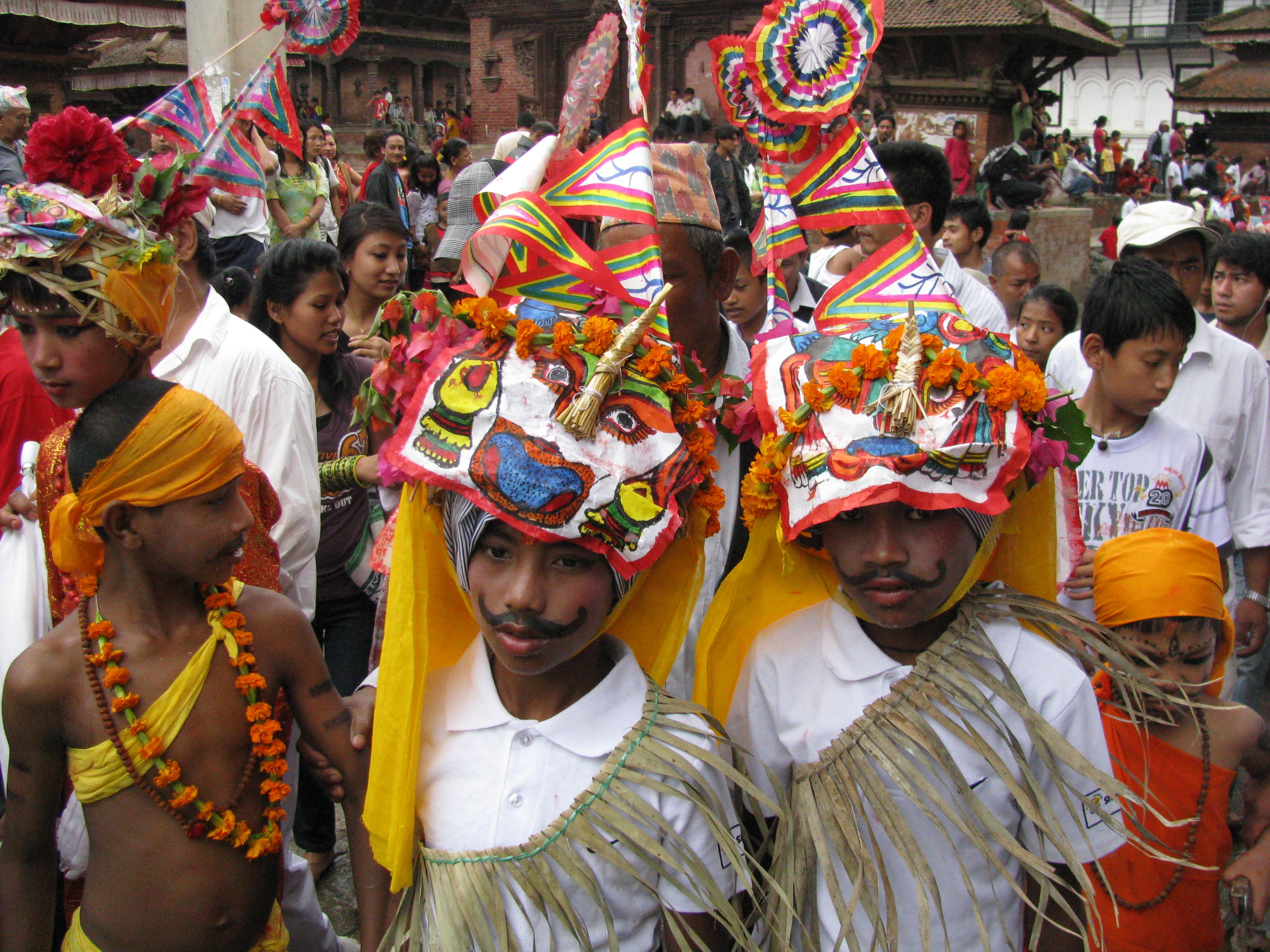 Saparu, the distinct festival of satire, cow, death, and commemoration is also recognized as Gai Jatra. Gai literally means a cow and Jatra is a grand carnival in Nepal. The cow is respected deeply in Hinduism and considered a symbol of the Earth. It provides and nourishes which signifies life and the support of life. Therefore a festival devoted to cows.

Gai Jatra, the festival of cow is observed in Nepal, in Kathmandu, Bhaktapur, Kirtipur, and Lalitpur, with great excitement and gusto. This year, the festival falls on Friday, 16 August and will be accompanied by grand scrumptious feasts, music, dance, and fun.

Why Gai Jatra is celebrated 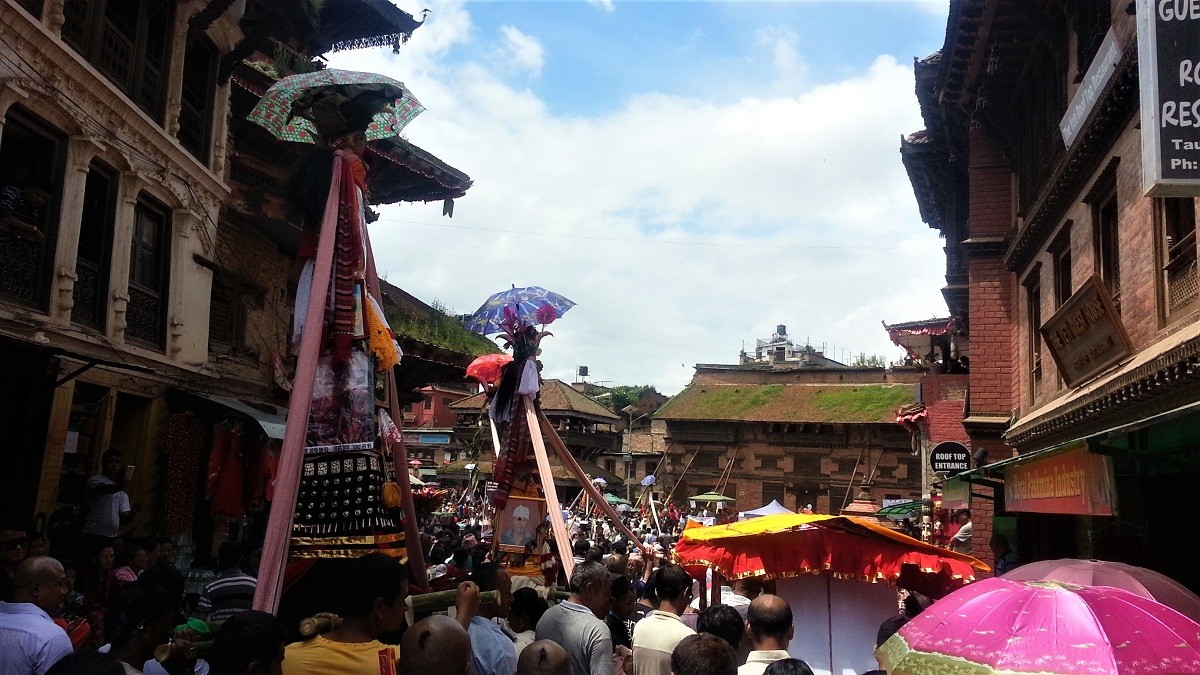 This festival is observed for clearing the way to heaven for the departed soul of a family member. It is also considered that if a family member of the deceased participates in the procession, the deceased family members will be cleansed of their sins and make it safely to the doorways of heaven by holding on to the cow’s tail.

If you roam in the streets of Nepal on this day, then you can witness the procession of cows with a huge mass of people from the early morning. Hundreds of boys dressed vibrant attire with a face smeared with mascara and decorated as cows stroll with barefoot along the streets and be a part of the procession in the name of the departed soul of kins. It is said that the cow will assist them in the journey of liberty into heaven

The procession carries the images of their family members or relatives who died in the earlier year accompanied by a cow, masked dancers, musician and a boy dressed as the animal. This is done to ensure that their lost loved one has a place in heaven; steamed out of the belief that sacred animals, cow, take their demised relative(s) to heaven. 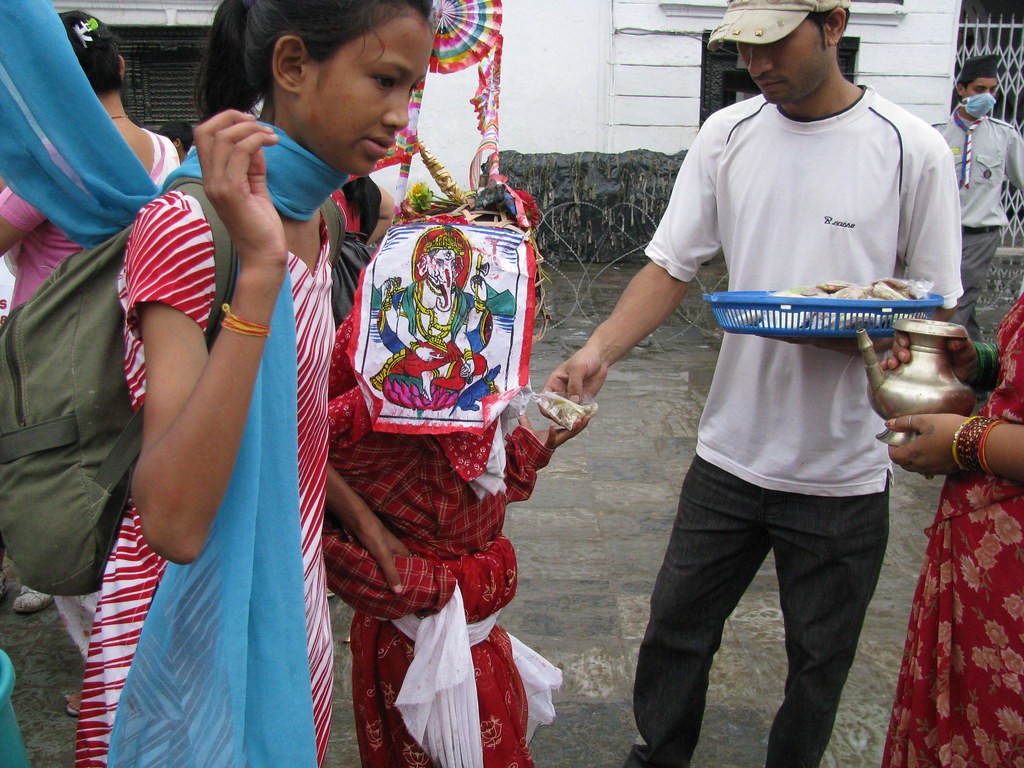 The participants of the procession offer milk, fruits, coins, sweets, and beaten rice in a tray made of a leaf by friends and relatives. After the procession is ended, the festival is observed with dancing, singing, and prank followed by mockery and humor that cause laughter and fun

Who started Gai Jatra in Nepal 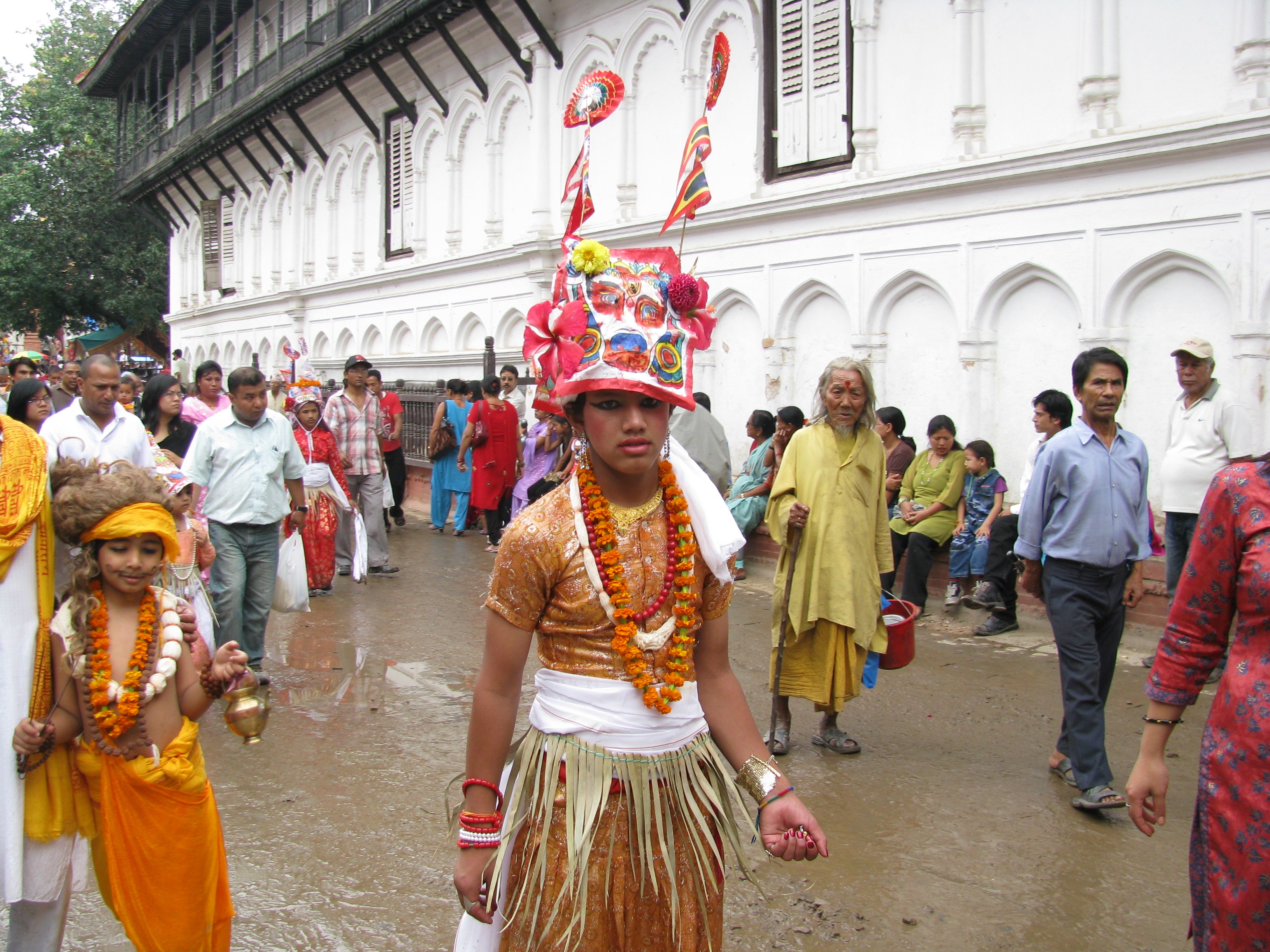 The Gai Jatra fundamentally begun in ancient ages when people used to fear ‘Yamaraj,’ the god of death and worshipped him. However, the modern tradition of celebrating Gai Jatra started since the death of a prince during the Malla Era. At that time King Pratap Malla ruled  (1641-1674AD)  Kantipur  (now Kathmandu).

As the procession began and passed across the palace, the king explained to the queen the huge mass has also experienced the same grief she is going through. This procession made the queen realize she is not the only one who has lost her beloved. Though many others are mourning, and yet this hadn’t stopped them from participating in the parade, wear colorful clothes, make jokes, laugh and celebrate life.

As the journey processed, the mass made silly jokes without any hesitation. When it came to social injustice and some reputed persons in the society, the queen could not help herself out, and she burst into laughter. The king, overwhelmed with happiness, commenced the tradition of the Gai Jatra celebration annually and decided to include jokes and sarcasm as a part of the festival.

In Bhaktapur, the chariot made up of bamboo, known as Taha Macha, decorated in cloth with a picture of the demised person at the middle is taken out in the procession. The locals and musicians perform the cultural dance called Ghita Ghinsi, the amusing and energetic stick dance. 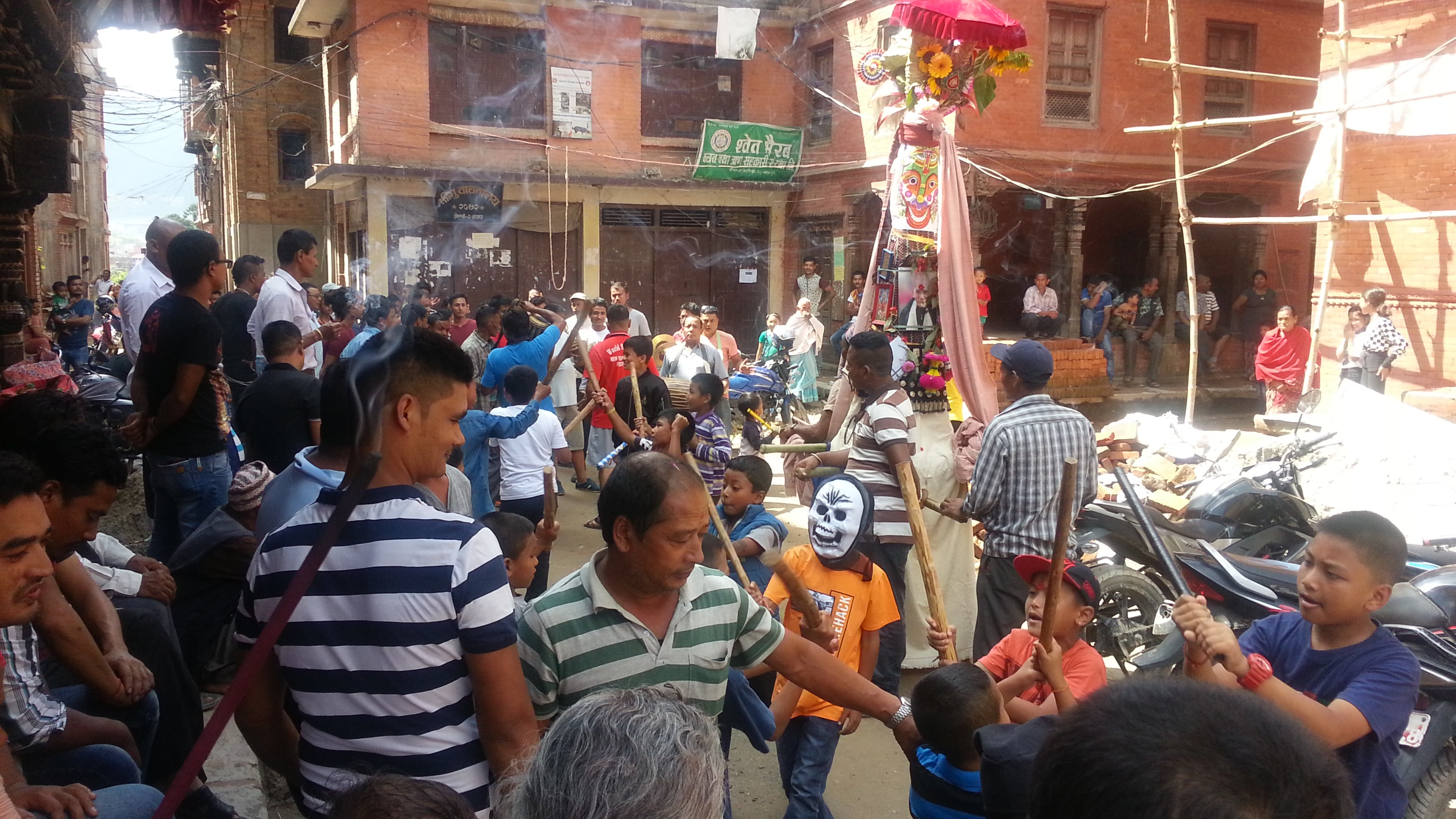 The groups of dancers and musicians in the carnival move according to this pattern of ghintangghisi. The participants adore funny customs with painted faces and masks. This dance remains until the festival of Krishna Ashtami.

Patan and Kirtipur also observe this festival in different styles. Patan celebrates as the people observe in Kathmandu. Only what differs is the participant’s density. Since the people in Patan observe a Gai Jatra like festival called mayata, people’s involvement is observed to be higher in this festival rather than Gai Jatra.

Kirtipur has a bit of difference in the celebration of Gai Jatra. Contrasting in Kathmandu, people take out parade dressed as gods and goddesses. They celebrate for the peace and harmony of family members and the entire city apart from the good wishes of the departed soul.

Kirtipur has a wide celebration of Gai Jatra specifically in the historical towns Kipu dey, Panga, Naga, Bhajanga, and Yarwocha. The men dress as women and visit door to door requesting to join them in the celebration. Music and dances are performed in varieties of manner.

Even the Gaijatra festival celebrates in Palpa memorializing the deceased family members and relatives. These festivals organized in several places in Palpa comprising Rampur, Harthok, Sarai and Ridi in memory of their kin who demised in the last one year. Participants draped in different costumes rallied around Tansen City reciting religious hymn “Nirguna” wishing eternal peace to the deceased soul of their family members. 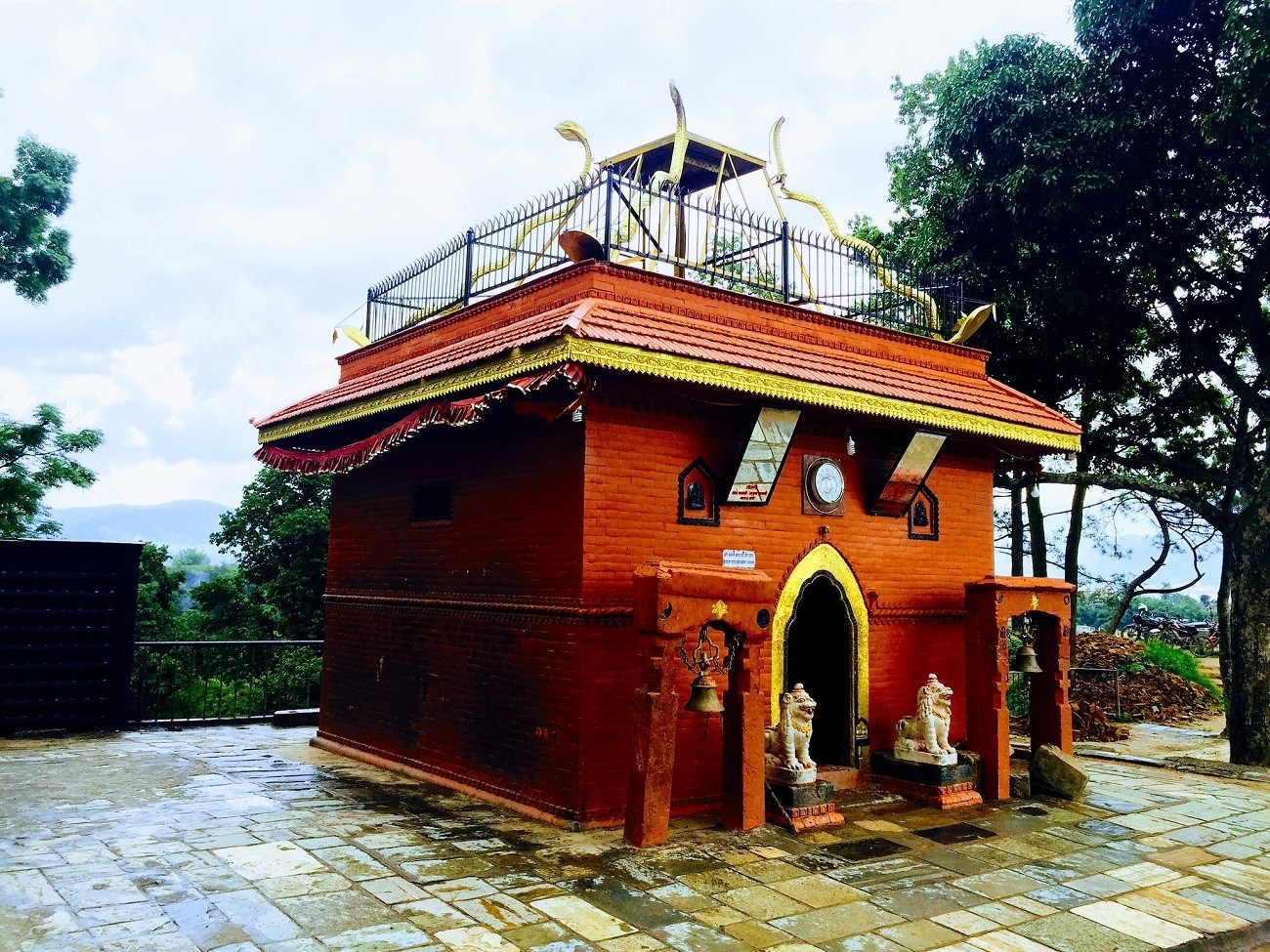 Bode is an ancient Newar city in the east corner of the Kathmandu Valley, Nepal, about eight miles from the capital city, Kathmandu. The city is well-known for Nilbharahi masked Naach (Dance), performed over four days (August/September) accompanied by a band of traditional musical instruments in different parts of Bode.

The famous Neel Barahi’s tantric temple stands on a hillock in Bode of Madhyapur Thimi in the middle of a forest. The ancient cultural practice of the Neel Barahi Dance, which has been continually celebrated for the past 1500 years, starts this year in Bode, from 17-20 August 2019.

The Legend about Neel Barahi

As myth has it, Nil Barahi goddess, concealed as an old man, kidnapped Bodey farmers and they are being taught tantric Nil Barahi dance in a field near the jungle. The performance of the same ritual dance and music has since been an annual ritual.

Although this festival is observed with much desire, the roots of the Nil Barahi festival is hidden in mystery. It is assumed that it is a triumph ritual memorializing an ancient battle, however, others believed that the restrained nature of the music and dance moves denote a desire for societal welfare. 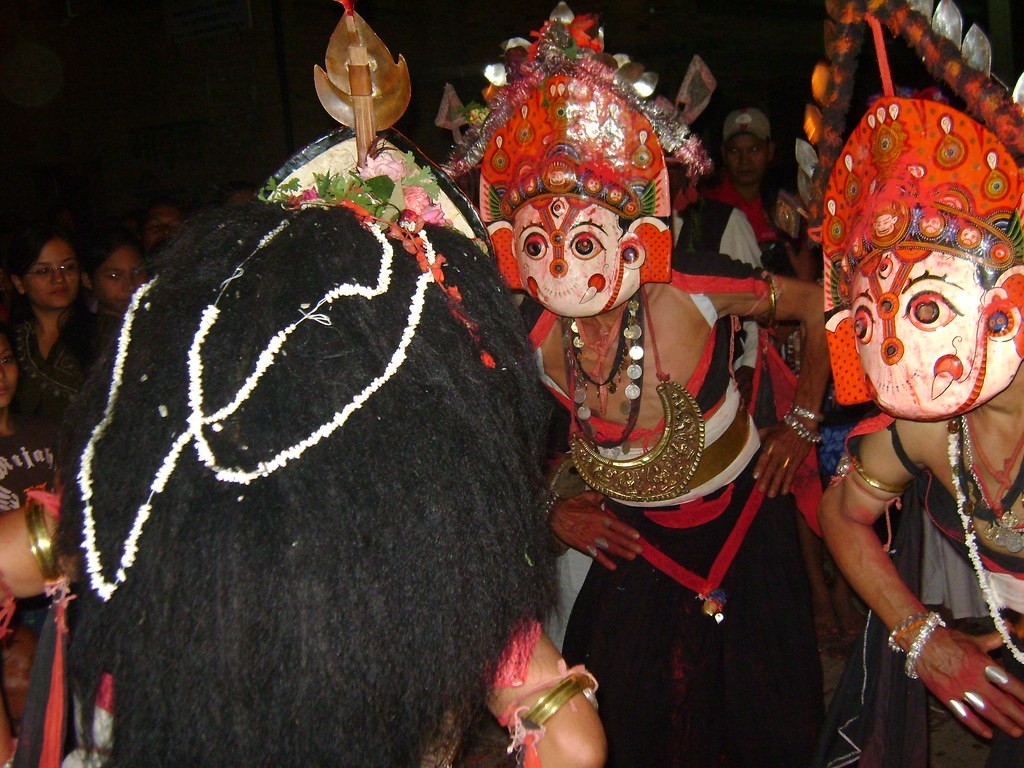 Locally, Nil Barahi is known as  Dyo Pyakhan which is a steady-moving however energetic masked dance parade, carried out by a group of about 100 residents of Bodey including gurus, dancers, musicians, and a supporting cast. This festival is invigorated by the godly dancing forms of Bhairav, Nil Barahi, Kumari, Singha, Dwarpal and Ganesh, a totally of 19 divine dancers. The procession continues all night for consecutive three nights as the dance converts into a trance. 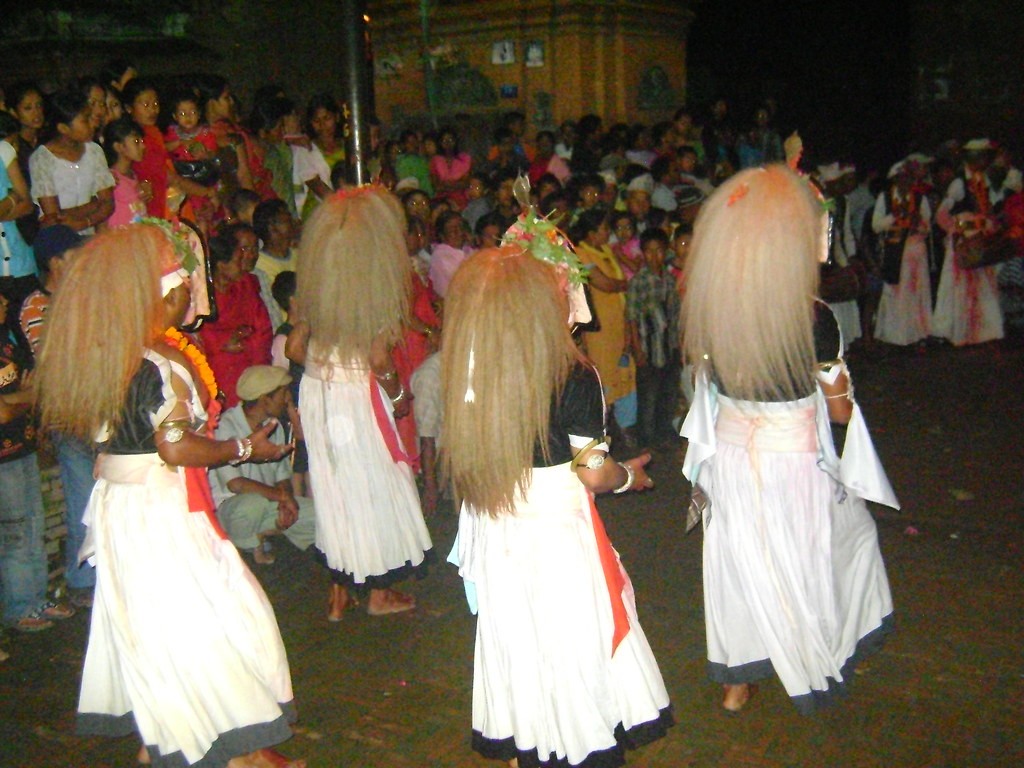 Once the dancers performed their dance they entice on a heavenly power and shiver through the streets of Bodey during the night, moving their limbs and bodies gradually to the melody of dha (drums), ta and bhusya (cymbals), ponga and mwali (flutes). 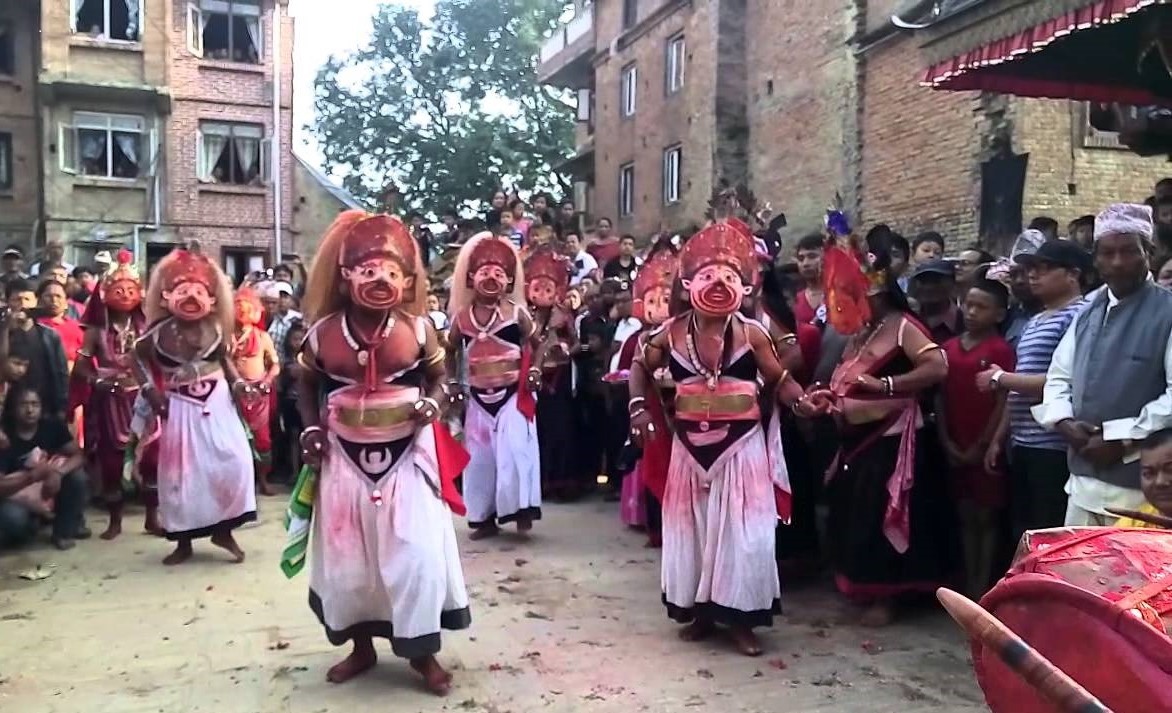 The decoratively smeared masks let the humans behind them to tolerate physical adversity that they cannot even imagine bearing in everyday circumstances after tantric powers activated. All of the dancers, follow very strict, often physically tough cleansing rituals during the festival. The dancers who participate in this festival have to perform constantly for 12 to 18 hours for three consecutive nights. The performers are not permitted to sit during the event, neither are they allowed to eat, drink, sleep, talk or to touch anybody,

People consider it as a godly intervention from the gods that let the dancers go in for this superhuman or extraordinary challenge. Some of the dancers, currently in their late seventies, have been carrying out this role annually for the last 60 years.

If you are excited to witness this mysterious tantric divine performance then mark your calendars for August 17 which will go on till August 20.

One response to “Tihar Festival- The unique ways of celebration”