TSUM VALLEY TREK: Towards the Valley of Secret

Tsum valley: the hidden treasure of Nepal is the valley of happiness that carries mystery, myth, and majestic beauty. The secret Tibetan Buddhist land is one of the world’s most remote Himalayan valleys, and trekking to such a valley is such a great idea to explore the culture and the natural surrounding that is entirely different from any part you have ever visited. 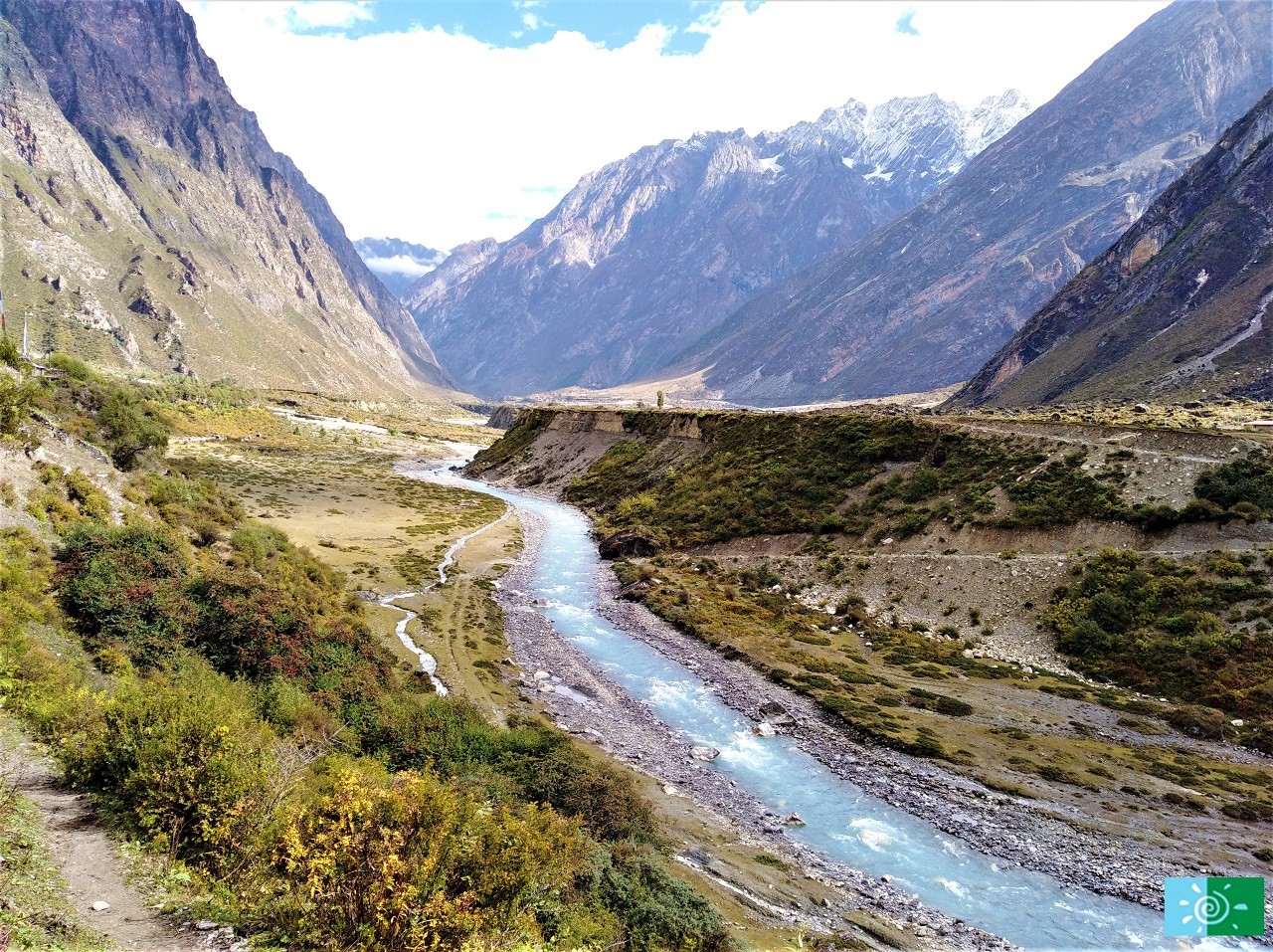 Originally, the name of the valley came from the Tibetan word ‘Tsombo’ which means vivid. The valley lies in the northern Gorkha, to the east of Manaslu, bordering Tibet. Against the majestic Ganesh Himal and Sringi Himal, and Boudha ranges, the valley is rich in ancient art, culture, and religion. The Shear Khola drains the Tsum valley, which originates from the western glacier of Ganesh Himal and the east and southern glacier of Sringi Himal.

The Tsum valley is also said to be a Beyul; one of the hidden valleys which were blessed by the Padmasambhava as refuges to be discovered back when the world is inclined towards destruction and almost forgot about the spiritual values.

In ancient times, the Tsum valley was a separate geographical area with the name “Tsum Tso Chuksum”, meaning the territory that was ruled by the thirteen provinces. The remote valley still has many of the remains of the Tsum Kingdom and is far untouched by the development and infrastructure. Thus, the indigenous culture of the valley is still intact and undisturbed.

The People and Religion

The people living in the valley are called Tsumba. These people are a pure reflection of Buddhist Tibetan culture. The people speak their own unique dialect. Even today, there is a tradition of Polyandry. The custom of having more than one husband at a time is still in practice. You will be surprised to know that these families are still well managed and wealthier in comparison with other families in the area.

The untouched and hidden Tsum valley is preservation of ancient Buddhism. According to the stories, a Buddhist saint named ‘Milarepa’ meditated in the caves in the mountains. The local people have a great faith to worship and pray Gautam Buddha, Guru Rinpoche (Padmasambhava), and some other Bodhisattvas. The installment of the prayer flags, Khata, and burning of the butter lamps in the monasteries all reflect the devotion of the people towards Buddhism. The people also strongly believe in the reincarnation of the Lamas.

People also tell stories about supernatural entities and their lives. The prayer flags, Khata, or Mani walls are key elements that can purify any specific area against any supernatural entities. Several rituals like the burning of Juniper are also other practices the people follow. However, the people in Tsum valley do not practice sacrificing any animals in the name of any deities and gods.

When it comes to traveling to a new place, the trip becomes worthy only if every aspect of it is explored. The festivals are a major part of the culture, and trekkers might be lucky enough to witness the festivals that the Tsum valley celebrates. The long-practiced rituals in the valley include numerous festivals and mask dances.

‘The Loshar’ is a prime festival that literally signifies the Tibetan New Year. The locals of the lower Tsum valley observe the festival earlier than those in the upper part of the valley.

Likewise, ‘The Horse Festival’ is another important festival in the valley. The male members of the valley take part in the horse race during the day. In the evening, the women join them and perform singing and dancing.

‘Happy Saka Dawa’; celebrated on the full moon day of Saka Dawa observes the birth of Lord Buddha, Enlightenment and Nirvana stage. According to the Lama Zopa Rinpoche in Vinaya text, if anyone performs any kind of ritual on this specific day, then the ritual will be multiplied 100 million times. Thus, the devotees perform rituals in local monasteries and nunneries with great faith. Some even keep fast for the whole day.

Continuing with the list, ‘Faning’ is another festival that occurs in mid-August that symbolizes the internal energy from any kind of food, including water.

The weather always plays a vital role while going trekking in any region. The weather in the mountains is mostly unpredictable, however, for trekking in Tsum valley; spring and autumn are the best seasons. This is because the winter is freezing, and the rainfall may be a hindrance during the monsoon.

January and February are freezing with snowfalls. Although the days are clear, the morning and the nights are at the extreme. Also, the trek is itself difficult and the snow on the trail will add to the challenge. March to May favor the trekkers with the stunning views of the Ganesh Himal and Himal Chuli. The rhododendrons of various colors increase the beauty of the trail. Early May and June are also good times to visit before the rainfall. However, July and August are not a good idea because the rainfall is at its peak and the trails might be slippery.

Late September and October also offer a beautiful climate, with a clear sky and beautiful mountain views. While nights are again colder in November and December. 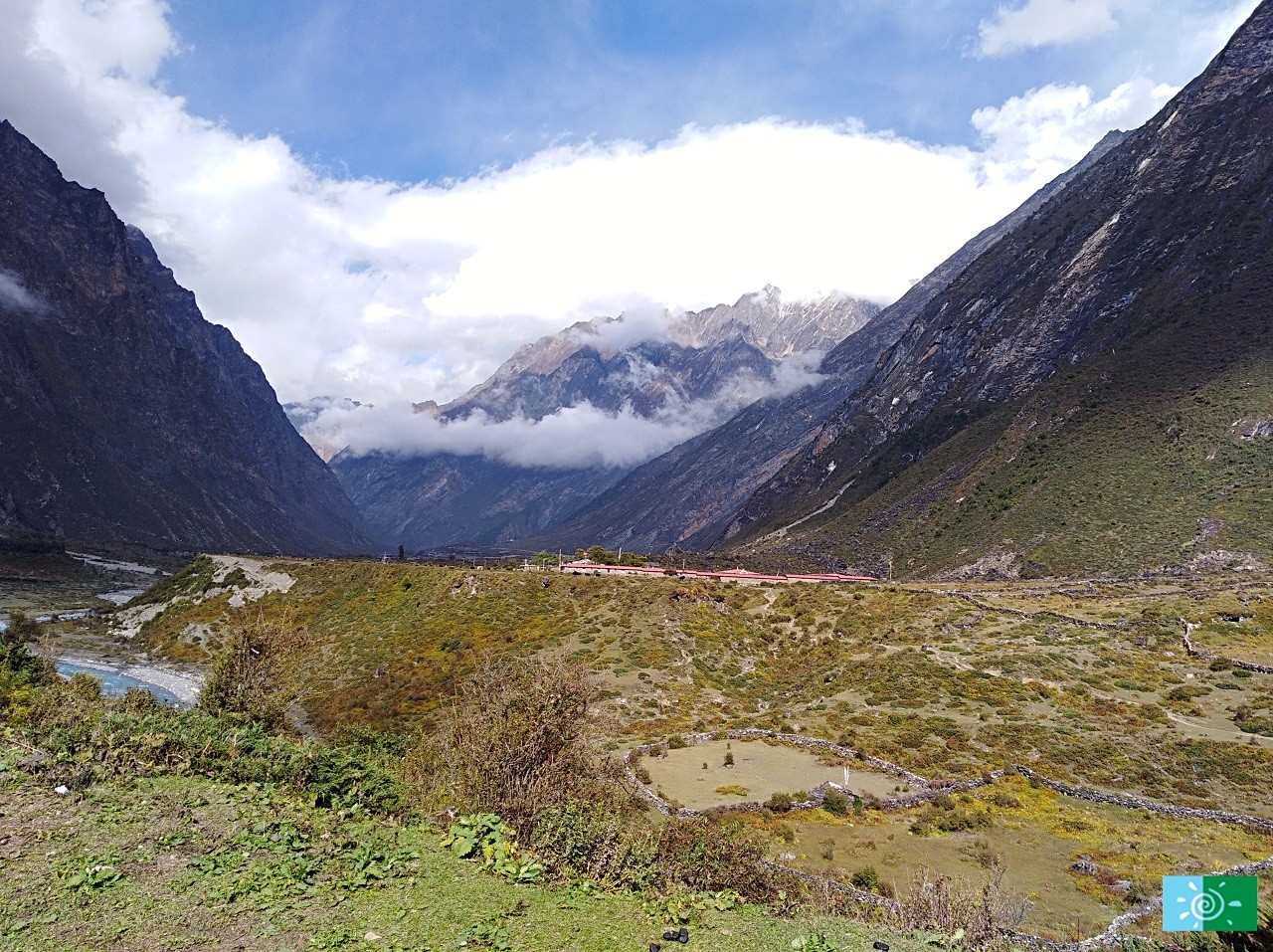 Trek on the Lap of Eighth-Highest Mountain in the World Shaded by Pine, Rhododendron and Juniper

Walking Around the Tsum Valley

Trekking around the Tsum valley came into existence only after 2008. In comparison to other trekking regions in Nepal, the Tsum valley still falls on the list of very less-visited destinations in Nepal. The trek requires a serious hardship. Only a few numbers of trekkers make it up to the mysterious valley, which initially used to be the trading link to Tibet.

The Trek to the Tsum valley is a perfect holiday if you are willing to embrace a bit of ‘rough it’ and remoteness.  The trek will open doors not only to the chances of scenic travel but also to the exploration of the unique local culture. Also, trekkers encounter herds of the Blue Sheep and Himalayan Thar grazing in a large herd.

The trek starts from Soti Khola that follows Jagat, Chumling, Chhokang part, Mu Gompa, Dumje, Lokpa Ghap, Samagaon, Samdo, Larkey Phedi, Dharapani, and then back to Jagat. A typical trekking day will reward the trekkers with something special. The marvelous geography, beautiful mountains, and cultural diversity will fascinate the trekkers. Starting early in the morning, the trekkers will trek for a maximum of 8 hours a day and enjoy everything that comes on the trail. 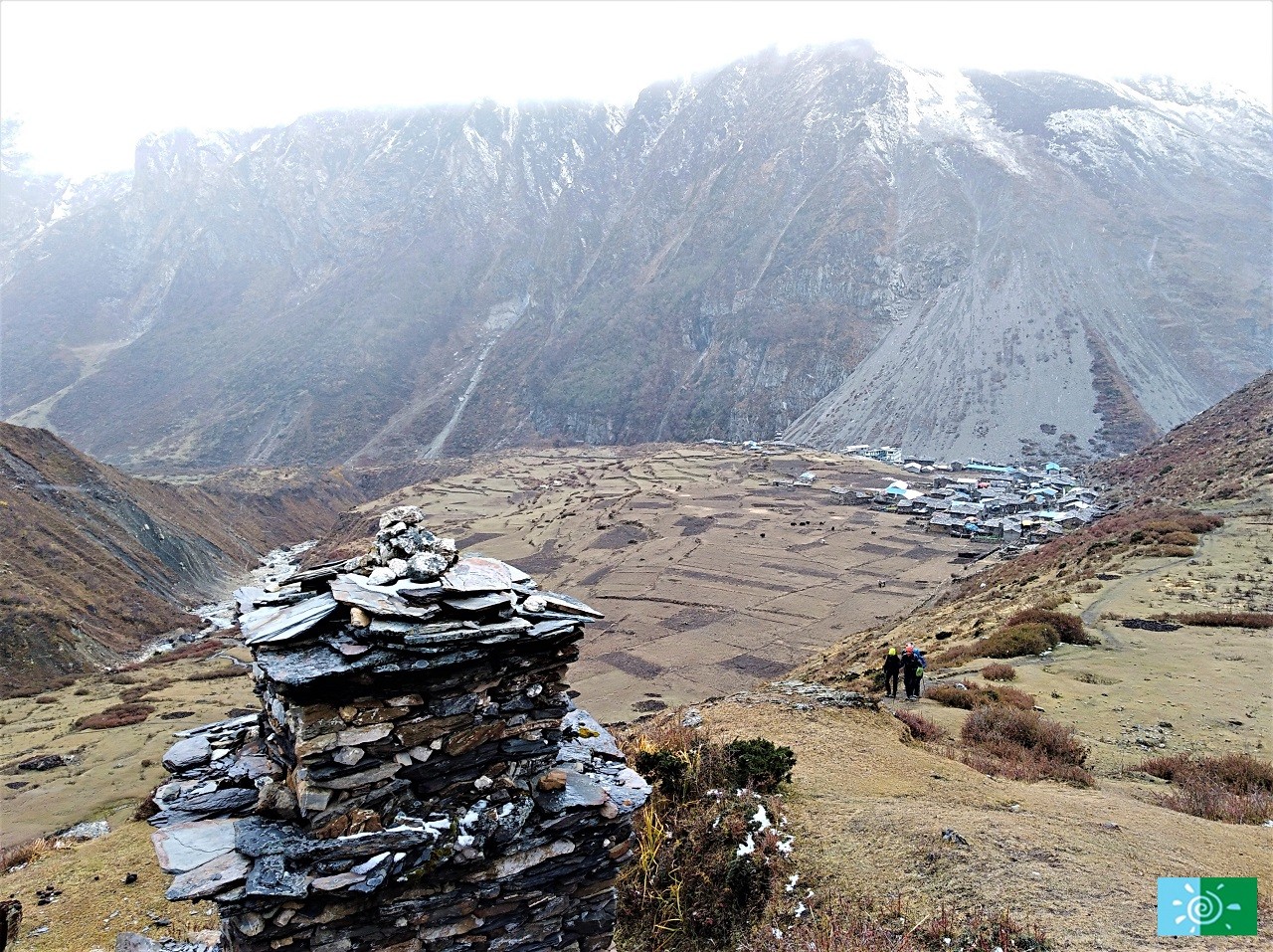 Several Buddhist monasteries are giving life to the Tibetan culture. The colorful flags and the Mani walls encourage the trekkers to further follow the trail with courage. Walking through the beautiful shaded forest of pine, juniper, and Rhododendron, the trek will amaze the trekkers with the splendid views of the Lamjung Himal, Ganesh Himal, and Mount Manaslu (8,163 m)

Fit Enough for The Trek?

It is really a matter to consider whether you can accomplish the trek with ease or not. What physical conditions are required to accomplish the trek? The trek to the Tsum valley is a real challenge that includes long climbs, steep descents, rocky paths, and forests. Therefore, trekkers really need to be fit and confident enough to challenge themselves with the normal remote experience during the trek duration. The more fit you are the trek to the Tsum valley becomes more interesting and enjoyable. The trek is not suggested for the trekkers with heart and lung diseases. 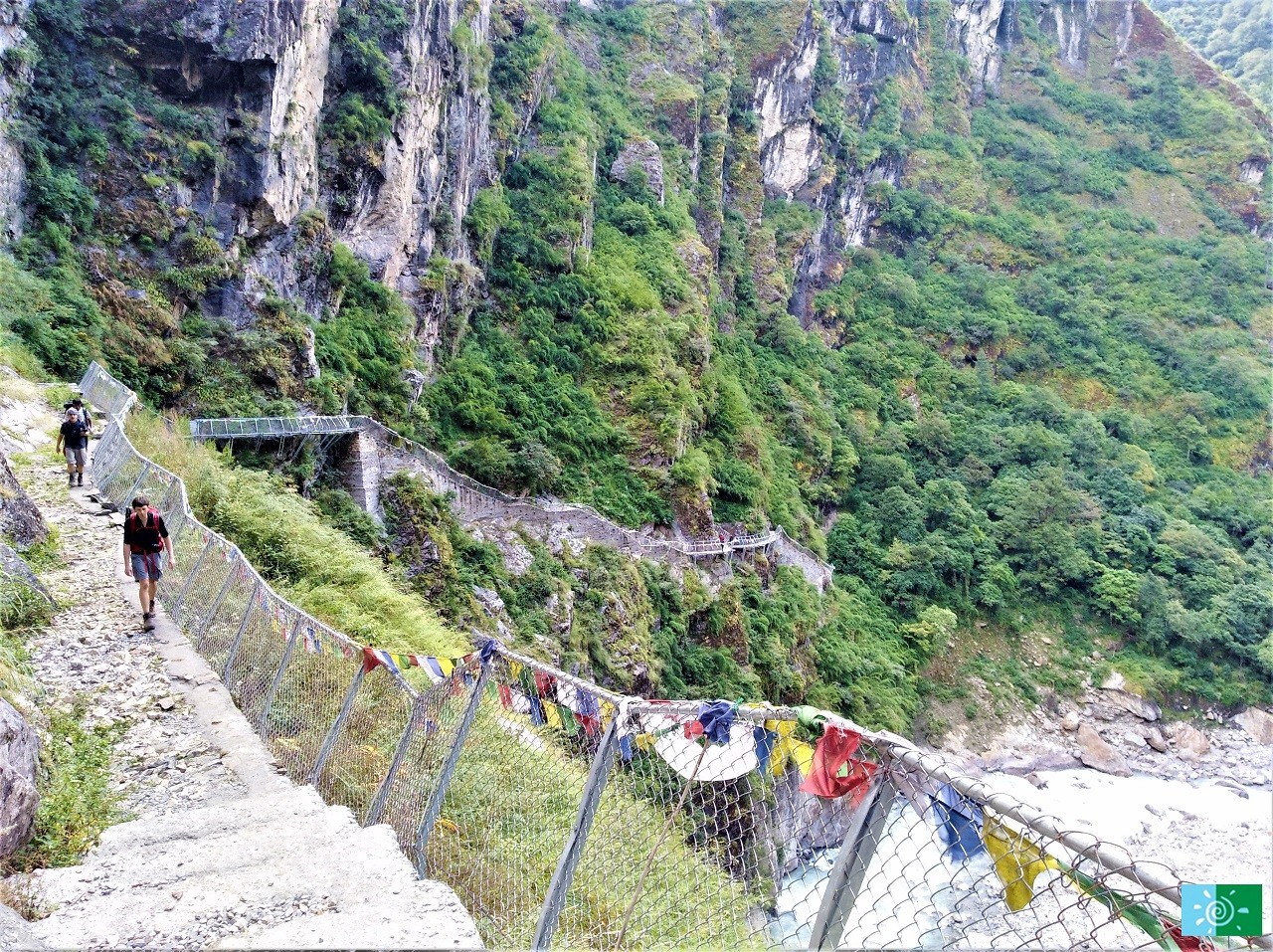 Since Tsum valley is a restricted area, the trekkers need a special permit from the Ministry of Immigration. The trekkers will also need MCAP and ACAP permits if they want to continue to the Manaslu and Annapurna regions. Nepal Sanctuary Trek will manage all the trekking permits for the trekkers. However, if you are not going beyond Larkya La Pass, you will need no trekking permits. But, you will need a professional guide with you to get the permit.

Makalu Base Camp – Trek into the heart of the wildest Himalayas

The Great Himalaya Trail: Explore the most exciting hidden corners of Nepal 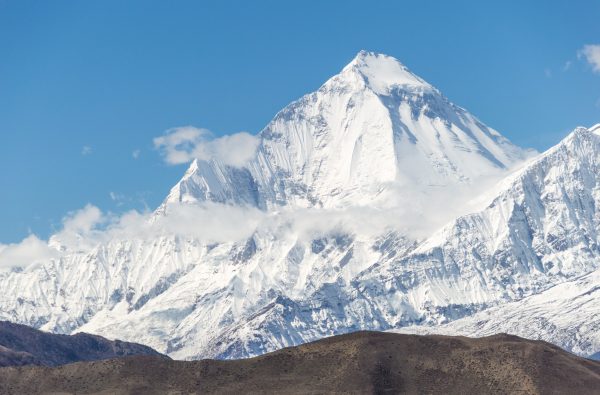 Dhaulagiri Circuit Trek: a Demanding Trek to the Stunning Mountain