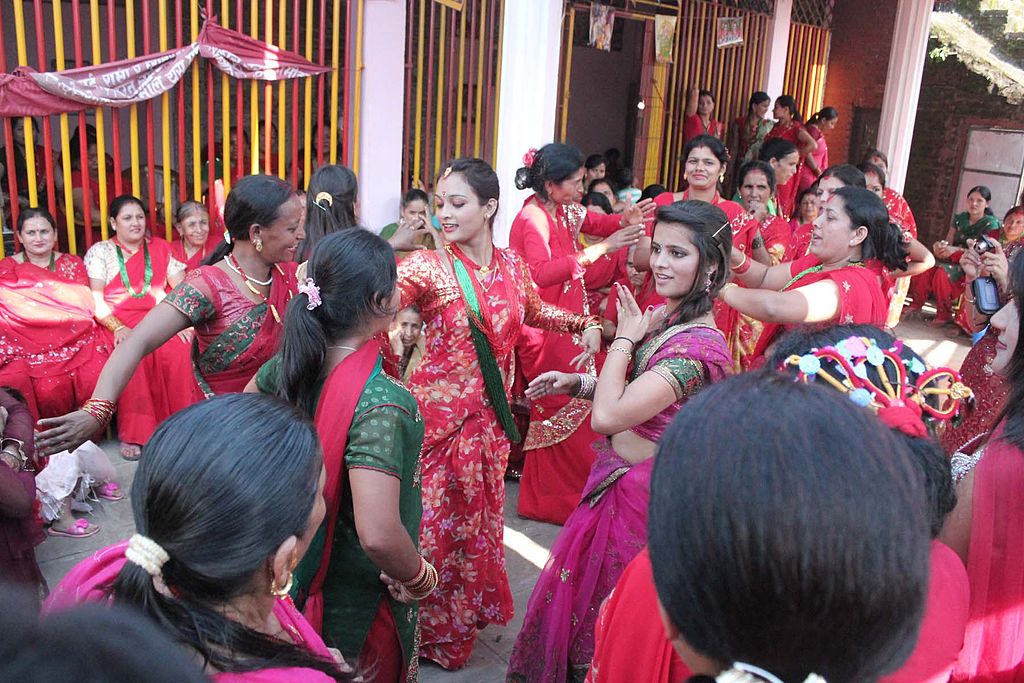 The culture of Nepal cherishes and respect every relation, they not only worship the God, but they also worship brothers for being the protector of a sister, worship mothers, and fathers, worship dogs for their loyalty and friendship, and worship the husbands as the ultimate pride. And, Teej is the festival for the long- and conjugal life of husband as well as a happy and peaceful relation in the family. No wonder, Teej is full of celebration and fun, also with the increasing awareness among Nepali women, it has become a way to raise their voice for equality. In these recent years, Teej has traditional as well as social importance.

What is Teej and its origin?

The name of this festival “Teej” is believed to have come from a small red insect, which only appears in the earth during the period of the monsoon season. So, this festival is named after that particular insect “Teej.”

Talking about the origin of this festival, as per the Hindu legend, Teej is dedicated to the Goddess Parvati for her union with Lord Shiva. Teej is celebrated by Nepali women, as well as girls without eating anything or even drinking water. Married women fast for the long life of her husband and for a happy relationship in the family. Whereas, girls  fast to get a decent and kind husband, just like “Lord Shiva.” It is the most popular festival among the Nepali woman.

Why is Teej celebrated?

Teej in Nepal is dedicated to the Goddess Parvati, marking her union with Lord Shiva. Teej is celebrated for the well-being of husband, children, and the whole family. Nowadays, Nepali women celebrate this festival as a way to be united and having fun while praying for the well-being of the husband and the entire family. It has also become a way to bring women together of different class and celebrate the festival as one. The celebration of Teej implies the ultimate sacrifice a woman makes for her husband.

How is Teej celebrated?

In Nepal, Teej is a three-day festival. However, Teej is celebrated in different ways and in different ways in other countries like India. This festival is celebrated in total three days that combine sumptuous feast as well as rigid fasting where women don’t even drink a drop of water. Teej is celebrated all across the world by Nepali Hindu women. Teej is a vibrant festival that has been more popular since the start of this festival, however, in these recent years, this festival has influenced many Nepali women residing all over the world. Women in red attire sing and dance in the street, going to temple in the holy and fasting mood. Usually, women get called or collected by their parents or brothers, where she celebrates Teej with rest of the family members and siblings. Let us look at the three days of Teej in Nepal.

The first day of Teej known as Dar Khane Din (feast day). In this day, women come together in one particular place wearing their most elegant dress and jewelry. These women embellish themselves in sorhasingaar- dressing up and using makeup to the full extent. Together they are singing devotional Teej song and start dancing. Along with that celebration, a feast takes place which is very grand with a variety of foods and desserts.

This day is a probably the only day of the freedom of expression to Nepali women who work and dedicated herself to her husband and family only for the entire year. This particular day, they enjoy their time with friends and eats delicious dishes. The feast is hosted by the ladies together, or the men host the feast. Women also get invited by their parents or brothers for the grand feast.

Women also express their pains in the song they sing while dancing. But, with the change in time and advancement of communication and awareness, these days Teej is an occasion to voice their concerns about social issues and discrimination against women. The feast and celebration go till midnight and after that 24 hour fast starts.

This day is the day of fasting. The fast is very strict and rigid. Some women prefer to have fruit and liquid, while some keep this fast without food and even drops of water. There is no restriction for keeping this fast as both married and unmarried women can take the fast. Married women keep this fast abstaining themselves from food and drinks with the belief that their devotion to the god will be blessed with long life, peace, and prosperity of the husband and whole family. Unmarried keep the fast with a hope of getting a good husband in the future.

This day too, women wear their best attire, especially the red sari and visit the nearby Shiva temple, where they offer their praying with flowers, fruits, sweets, and coins. After that, they join in the singing and dancing with other women. The very important part of the puja is the oil lamp which must burn throughout the night. It is in the belief that the light of an oil lamp all night will bring and peace and prosperity to the whole family.

The last day of Teej is Rishi Panchami. This day is dedicated to the SaptaRishis (seven sages). After completing the puja of the previous day, women worship seven sages. They offer their prayer to the deities and take bathe with red mud found on the roots of the sacred datiwan (holy tree) bush, along with its leaves. The bath ritual is very important in this day as it is believed that this final ritual of Teej is an act of purification which discharges women for their sins.

The third day ritual of Teej is done as an act of seeking the forgiveness. Rishi Panchami is practiced by both married and unmarried Hindu women and girls who have experienced their first menstruation cycle. As per the Hindu belief, the menstruation period is impure, which abstains women and girls from practicing any religious acts, entering or cooking, making any contacts with the family members, mainly male and several other rigid rules which must be followed during the menstruation period. The fasting on this day is kept by Hindu women and girls to ask forgiveness from the seven saints for any mistakes by them during the time of their menstruation. 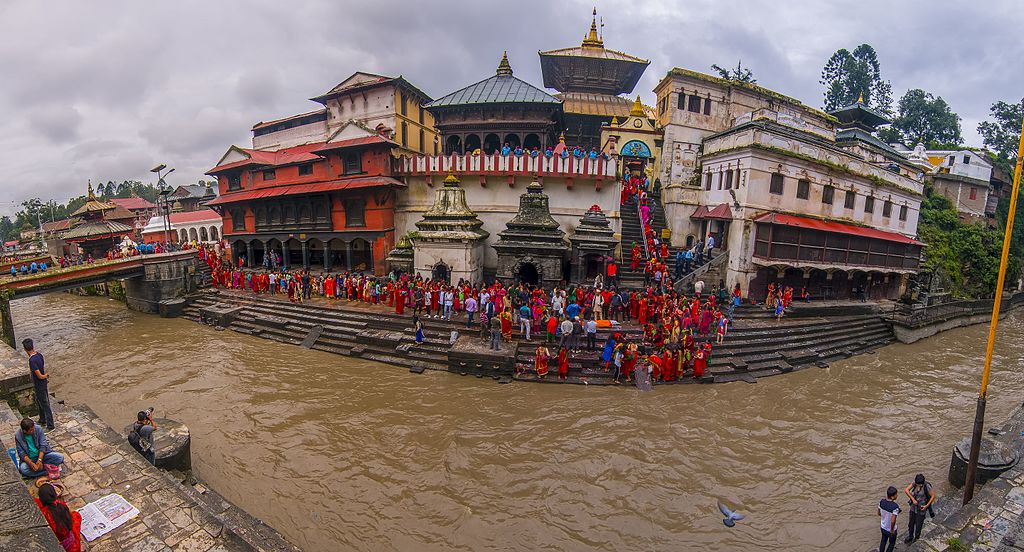 When is Teej celebrated?

Teej usually occurs in the month of Bhadra according to the Nepali calendar (August to September in Solar Calendar) and last for three days.

This year Teej will be celebrated from Bhadra 26 – Bhadra 28 (September 11 – September 13). If you want to witness this joyous festival of Nepali women, then do not forget to visit the nearby temple of Lord Shiva.

What are other types of Teej?

Teej can be observed in different ways in a different country. Teej means “third” day that falls every month after the new moon and the third day after the full moon night of every month. There are three different types of Teej, Haryali Teej, Kajari Teej, and Hartalika Teej; these are mainly practiced in different parts of India.

Kajari Teej is celebrated by singing folk songs which are known as kauris. The lyrics of the song focus on separation expressing the pain of women for her beloved parents’ home, where she has been sent to celebrate Teej or waiting in hope to be called by her brothers to celebrate Teej. This Teej is also known as Kakali Teej. Women who observe this Teejkept fast without any food or water and broke the fast by eating sattu (flour consisting mixture of ground pulses and cereals). This Teej also involves praying the moon. This Teej is somewhat similar to the Teej of Nepal, where women are collected by her parents or brothers to have a feast in Dar Khane Din.