Annapurna Base Camp also known as Annapurna Sanctuary Treks is one of the famous and admired trekking destinations for trekkers around the globe. Nestled at the heart of Annapurna Himalayas of the Great Himalaya range, Mt. Annapurna (8,091 m) of Nepal is the 10th highest mountain in the globe and the trek to its base camp is at an elevation of 4,130 m.

To get to the Annapurna Base Camp, trekker treks through several hamlets of diverse ethnic societies having varied cultures and lifestyles with blanketed forests of rhododendron, oak, and a wide range of wildflowers. If you are trekking during spring, the forest is dominated by vibrant rhododendron and fragrant wildflowers along the trail.

Therefore, the Annapurna Base Camp trekking ensures to offer you innumerable episodes of natural variety with majestic snow-clad Mountain View and tranquil landscape. Along the trail, you will find the melodious sounds of a varied range of birds, waterfall rumbles, and monkeys chatter from the tree which gives us the imprint of being in a wonderland.

You can also experience and explore the distinctive local culture and lifestyle of different ethnic groups including Gurung and Magar who have resided in this region for a long time.

If you are looking for the best trek with your children or planning for a family trek, individual or groups then Annapurna Base Camp Trekking is an ideal and wonderful destination that allows you to feel the liveliness of the Himalayan peaks.

You will be close to the immense Himalayan peaks where you and children can enjoy the golden sunrise view over the mountain. Trekking through the beautiful forest, admiring the beauty of snow-clad peaks, ethnic hospitality, and their culture during the trek to ABC will definitely offer you a lifetime experience.

Note: below trekking hours, altitudes and distances are approximate, and absolutely for the general idea only. 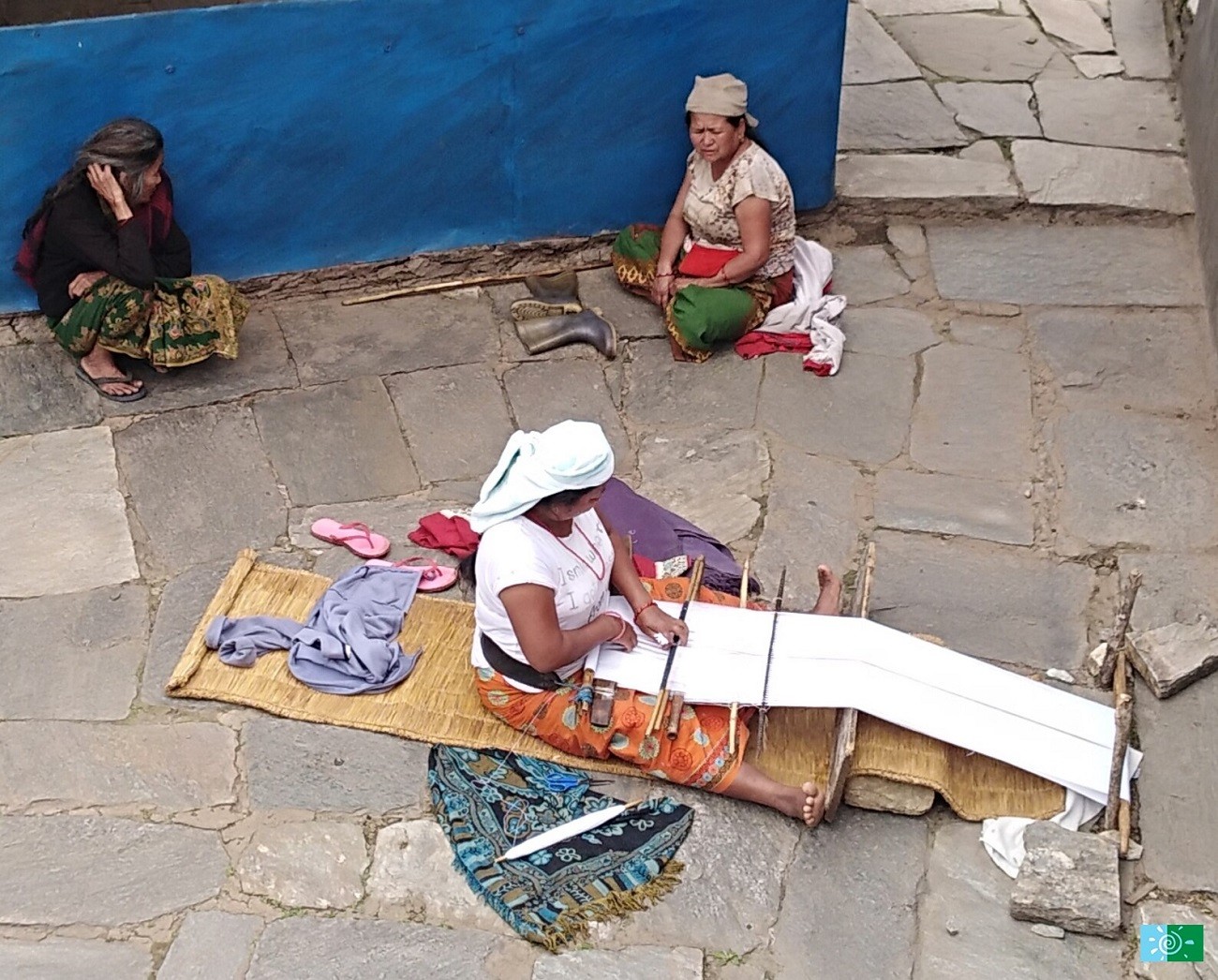 Over the past four years I’ve been leading tours to Nepal for high school students from Hong Kong International School. Since we go to the Pokhara area, we call our group “Annapurna Pranam” or “At the Feet of Annapurna.” Each group of sixteen students and two teachers has focused on visiting schools and children’s homes. And each time we have tried to help Nepali students gain access to sources of information our students take for granted. We have provided laptops, Internet service, funds for computer labs, and part of the salary for a full time computer teacher. It is a mere drop in the bucket, but perhaps a few students have benefited.

Our week-long trips would not be possible without the expertise and experience of Nepal Sanctuary Trekking. From planning before the trips with Prasant and Tulsi to the on-the-spot attention to detail by the Sherpa guides and porters, the organization is smooth and flexible to our needs. We have nothing but praise and gratitude for the professionalism and personal care provided by Nepal Sanctuary Treks. I have been recommending that my friends, my colleagues – and anyone I hear is going there – contact Nepal Sanctuary Treks for any type of visit to fascinating Nepal!